My Memories of the Place I Visited

Writing: Share your memories of a place you once visited.

Hi! I’m Dasha. I’m sure, that our brain remembers places and environment where we had a pleasure time and experienced feelings of happiness, calmness and relief. Personally, I remember every trip of mine. There are a lot of good memories, as they are full of bright emotions and excitement. I’ll share my memories that take me back to trip to Georgia.

Not long ago, I visited the capital of Georgia – Tbilisi. The city lies on the banks of the Kura River with a population around 1.5 million people. Tbilisi has a long and complicated history. It has been destroyed and rebuilt 29 times, making it a destination for history and architecture enthusiastic.

Georgians are really proud of their nation; they appreciate their history and traditions. What’s more known about Georgian people is their kindness and hospitality. Georgians always welcome tourists and foreigners warmly. They can treat you with delicious home-made wine and Khachapuri. As they say, ‘Every guest is a gift from God’.

The thing, that I can praise Tbilisi for is its architecture. There are some buildings which look so unique and impressive! For example, the House of Justice has a roof made of curved shapes and resembles mushrooms. Rhike Park consists of two different soft shaped elements that are connected as a unique body at the retaining hall. Walking through Old Tbilisi was absolutely unforgettable. It is a district where you can see traditional Tbilisi houses and restaurants. Such places can tell you about the history of a country you are visiting.

As a big lover of bakery, I fell in love with Georgian food, as there are many dishes made of dough. I really liked Khinkali, Adjarian Khachapuri, Imeretian Khachapuri, and Puri. What is more, Georgians love meat and it is the main ingredient of almost all national dishes.
To sum up, I’d like to recommend you to visit this charming city. It will definitely worth your time and money!

Have you ever visited Georgia? Leave you comment and share your impressions of the trip to Georgia.

Some Interesting Facts about Georgia 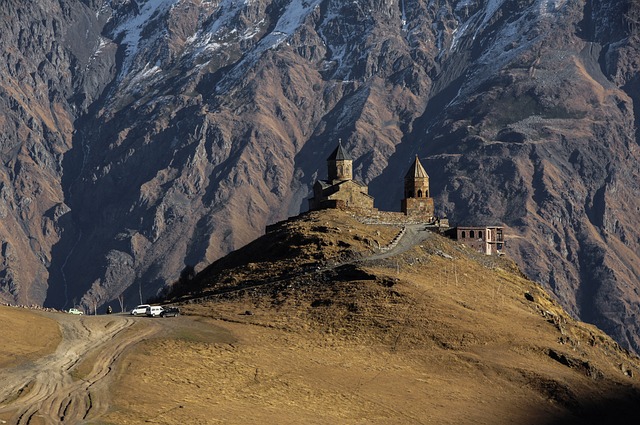