Compare and Contrast in English

Words and Phrases That Compare

To compare is to tell how two or more things are similar or the same. If you want to tell about similarities, you can use these words and phrases to compare:

also – in addition
Times of great change are also times of uncertainty. This is because, like technology, money also multiplies the labor of man. The native costumes also vary considerably.

as well as – in addition; and also
A teacher should entertain as well as teach. The mind needs exercise as well as the body. To do great work a man must be very idle as well as very industrious.

as … as – used in comparisons to refer to the degree of something
Tom often make mistakes. He is as as stupid as an owl. Hatred is blind as well as love. Tammy could swim almost as well as Lisa, but Sarah couldn’t swim at all.

both – (referring to) two people or things together
Both of the women were French. Both he and his mother seemed well informed and intelligent. Both of my parents were really upset. Both wanted to control, and both were confident in their own decisions.

like – having the same characteristics or qualities as; similar to
He looks like his dad. She’s like a sister to me. The mountain before them was shaped like a cone and was so tall that its point was lost in the clouds.

too – in addition; also
Catherine decided to join us for dinner, and her husband came along too. Maybe he was going to show her he could be a nice guy too.

same as – exactly like another or each other
Can you build me a birdhouse the same as yours? Have you noticed that Mary looks the same as her mother?

similar – looking or being almost, but not exactly, the same
My father and I have similar views on politics. I bought some new shoes which are very similar to a pair I had before. Paul is very similar in appearance to his brother.

similarly – in a similar way
The children were similarly dressed. Cars must stop at red traffic lights: similarly, bicycles have to stop too. The two books are similarly structured. The teams were similarly equipped.

similarity – the quality of being similar
one similarity between … relates to

in the same way – in exactly (or in a very similar) manner
You use in the same way to introduce a situation that you are comparing with one that you have just mentioned, because there is a strong similarity between them. In the same way, I also feel closer to both of them.

Comparatives and superlatives are types of adjectives and adverbs that can be used to compare two or more things or people.

Words and phrases that contrast

To contrast is to tell how two or more things are different. If you want to tell differences, you can use these words or phrases to contrast:

but – used to introduce a phrase or clause contrasting with what has already been mentioned
Money is a good servant, but a bad master. You may delay, but time will not. (Benjamin Franklin)

differ – be unlike or dissimilar
The two systems differ in many respects. Opinions differ widely on this issue. His views differ considerably from those of his parents.

however – used to introduce a statement that contrasts with or seems to contradict something that has been said previously.
No country, however rich, can afford the waste of its human resources. The ant is the most industrious animal; however, it is the most taciturn one.

while – whereas; although
While there is life, there is hope. Benefits please like flowers, while they are fresh.

whereas – in contrast or comparison with the fact that
She is slender,whereas he is stout. We thought she was arrogant, whereas in fact she was just very shy.  Some of the studies show positive results, whereas others do not.

although – in spite of the fact that; even though
Although she is young, she is very independent. Although the main characters in the novel are so true to life, they are imaginary.

There are significant differences chiefly in relation to …

These are Some Samples How to Compare and Contrast 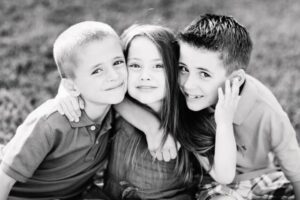 Mrs. Smith has three children. They are each different. Tommy and John are the boys. Tommy likes to be outside and play baseball or football. John is different from Tommy because he enjoys staying inside playing video games. On the other hand, Mary does not like baseball, football, or video games. Mary enjoys studying and reading. The two boys have birthdays in December, while Mary’s birthday is in July. Mary loves chocolate ice cream, but Tommy loves vanilla ice cream. John is unlike the other two because he doesn’t even like ice cream! 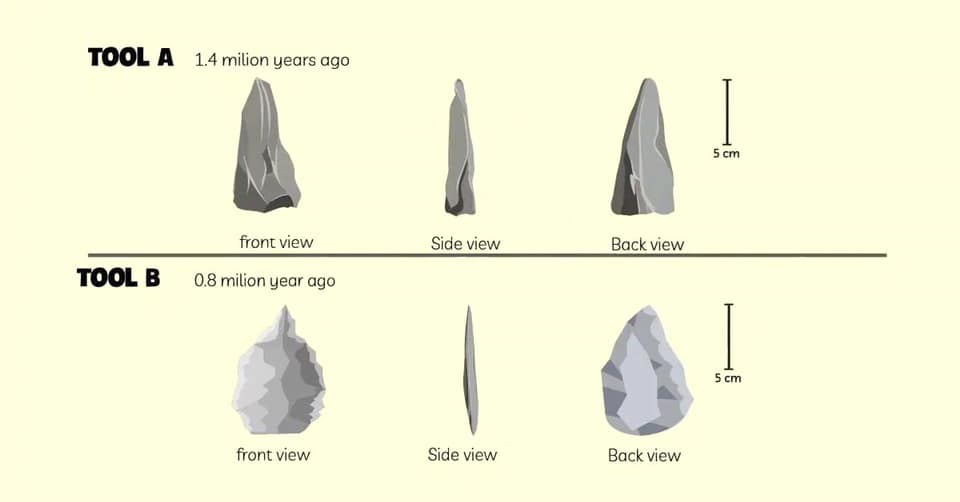 The diagram shows the evolution of making tools in the Stone Age, which is the earliest known period of human culture when human beings first used tools carved of stones.

There is no doubt that both tools are made of stone. One important similarity between the tools in picture A and picture B is the purpose they were used for. The humans of the Stone Age had only two things to do: to hunt for food and to protect themselves from wild animals and other human beings. So both tools can be spearheads. A is similar to B as for the size, which is the same, and the stone they were made of. Humans of the Stone Age made tools of flint, which is a form of the mineral quartz, the stone widely used for making tools and starting the fire.

While there are some similarities, there are also some significant differences between these tools. They differ in regard to the time they were made. Tool A is much older than tool B and the way it was made is rougher. It is obvious that tool B is made with better skill. It’s much thinner and sharper and could be used for cutting. It’s evident that tool B was made by more skilful human beings and had wider application.