The Lake District, One of the Most Beautiful Areas in England

Millions of years ago, the Lake District was an area of volcanoes. During the last Ice Age, 12,000 years ago, it was covered by enormous rivers of ice, called glaciers. These glaciers carved out the landscape, creating the lakes that are there today.

Scafell Pike, the highest peak in England is situated in the Lake District. It is 978 meters high. It is also home to England’s longest lake, Windermere, which is 17 kilometers long, and its deepest lake, Wastwater, which is 74 meters deep. The Lake District is the wettest place in England, with an average of more than 3.5 meters of rain a year in some parts.

The Lake District is one of the few places in the United Kingdom where the red squirrel can still be seen. Sundew, an insect-eating plant, can also be found there. Several species of endangered fish live in the lakes, including the vendace.

Drosera, sometimes called Sundews, are carnivorous or insect-eating plants. They use a thick gluey goo called mucilage to trap and digest their prey. 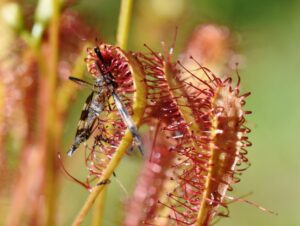 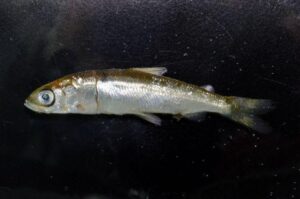 People have been living in the Lake District for thousands of years. Standing stone circles built in ancient times can still be seen in many areas. The Lake District has been farmed since Roman times. More recently, mining of minerals such as copper and lead have been important industries for the local people and economy. In the 1900s tourism became the area’s most significant industry. Some 12 million people visit the Lake District National Park every year.

The Lake District has also attracted and inspired writers and artists for many centuries, including Daniel Defoe, William Wordsworth, and Beatrix Potter. 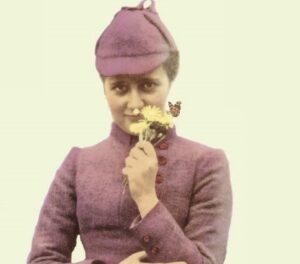 Beatrix Potter’s first real name is Helen. She was born on July 28, 1866, to parents Rupert William Potter and Helen Leech. She grew up in an upper-middle-class household and lived a fairly comfortable life with her parents and a younger brother named Walter Bertram. Both Potter and her brother enjoyed family holidays in the countryside of Scotland or in the English Lake District. During these trips Potter studied and drew animals and plants.

When Potter was 27, she wrote and illustrated a story for a sick child. The story was about four bunnies named Flopsy, Mopsy, Cottontail, and Peter. She decided to publish it on her own in 1901 as The Tale of Peter Rabbit. In 1902 it was published commercially with great success. During the next 20 years Potter published 22 more books.

Potter made her books tiny, so even the smallest children could hold them. Her books have charmed readers with their simple style, touch of humor, and watercolor illustrations.

After Potter married in 1913, she spent the last 30 years of her life farming in the Lake District. She also continued creating children’s books. She died on December 22, 1943.

The Lake District in Questions and Answers

In town, the Cumberland Pencil Museum documents the history of pencils, and the Keswick Museum & Art Gallery displays local artefacts.

On a hilltop east of town, Castlerigg Stone Circle dates back to the Neolithic era. Dating back to potentially 3,300 BC, it is one of the many stone circles that dot Britain. A distant cousin to Stonehenge, this is a great place to visit for its historic significance and beautiful view.

Vast Derwent Water lake is south of town, with boat tours and the Theatre by the Lake. 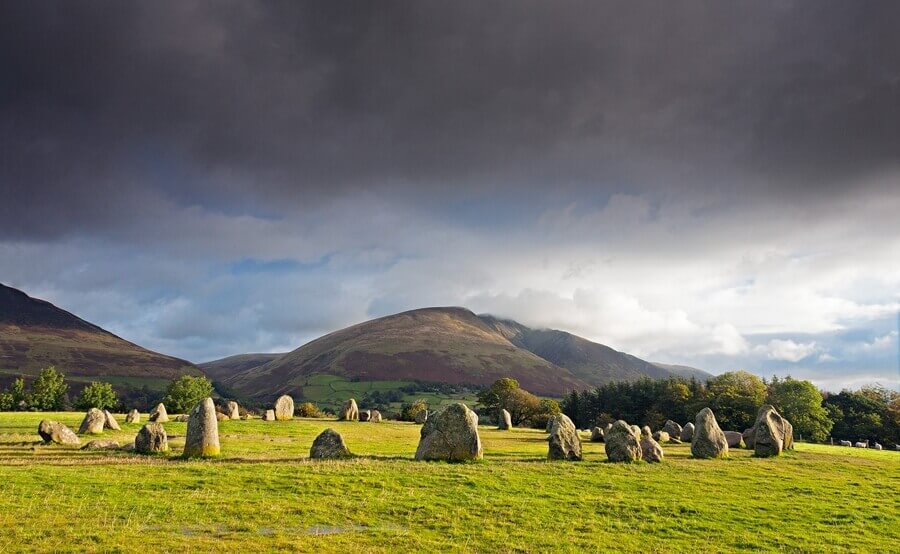 Watch the video about the Lake District and answer the questions.