Charles Babbage is considered to be “father of the computer”.

Sir Charles Babbage (26 December 1791 – 18 October 1871) was an English mathematician, analytical philosopher, mechanical engineer and computer scientist. He was the first person to invent the idea of a computer that could be programmed. Unfinished parts of his mechanisms are on display in the London Science Museum. His Brain is also on display at the Science Museum in London.

Babbage’s engines were among the first mechanical computers. His engines were not actually completed because he did not have enough money. Babbage realized that a machine could do the work better and more reliably than a human being. Babbage controlled building of some steam-powered machines that more or less did their job; calculations could be mechanized to an extent. Although Babbage’s machines were large machines they were organized in a way similar to modern computer architecture. The data and program memory were separated, operation was instruction based, control unit could make conditional jumps and the machine had a separate I/O unit. Babbage was making plans for the Analytical Engine, a device capable of “performing any arithmetical operation on the basis of instructions from punched cards. Ada Lovelace studied how to program it. 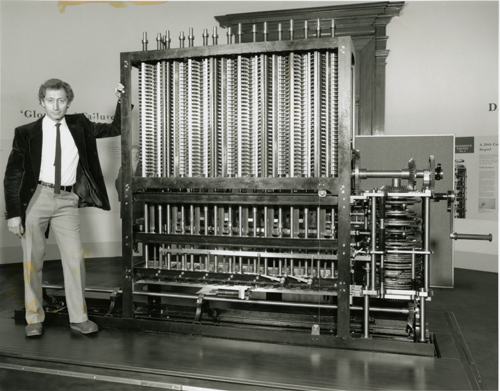 A punched card is a storage medium. It contains information in the form of holes, that are at precise locations on the card. In the 19th century, punched cards were widely used to control machines, such as looms. Herman Hollerith invented the recording of data on a medium that could then be read by a machine.

Ada Lovelace lived in England in the early 1800s. She was the daughter of Lord Byron, a famous English poet. Ada’s mother didn’t want Ada to be a poet like her father so she taught her Maths and Science. 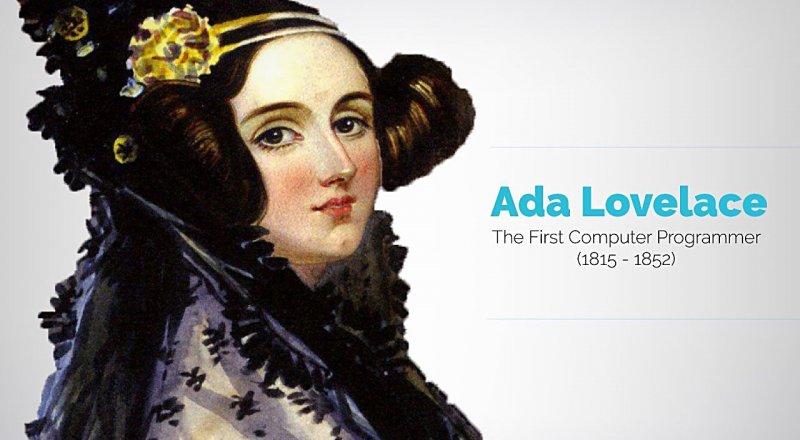 In 1833 Ada met Charles Babbage, the inventor of a counting machine (a primitive computer). She became the world’s first computer programmer. She wrote the first computer program for Charles Babbage’s mechanical computer, “The Analytical Engine”, in 1844. She wrote the first algorithm to be processed by a machine. Between 1842 and 1843 she translated an article by Italian mathematician Luigi Menabrea on the engine. She added her own notes to it. These notes contain what is considered the first computer program, which was an algorithm encoded for processing by a machine. Though Babbage’s engine was never built, Lovelace’s notes are important in the early history of computers. She realized that computers would be able to do more than just calculating or number-crunching. Others, including Babbage himself, worked only on the possibilities of calculating.

Lovelace’s notes were forgotten. But in 1953, her notes were republished in a book about digital computing that showed how computers work by following patterns. It turns out that long before the first computer was invented, Lovelace had come up with the idea for a computer language. Because of her advanced way of thinking, she’s often considered the first computer programmer. In fact, in 1979, the U.S. Department of Defense named a new computer language “Ada” in her honor.