Do you know what the most popular websites are? Let’s get to know.

Google is a multinational corporation from the United States of America. It is known for creating and running one of the largest search engines on the World Wide Web (WWW). Every day more than a billion people use it. Google’s headquarters (known as the “Googleplex”) is in Mountain View, California, part of the Silicon Valley. The current motto of Google is “Do the right thing”.

Google’s search engine can find pictures, videos, news, and things to buy online. People often use the word “google” as a verb that means “to search for something on Google”.

Google was started in early 1996 by Larry Page and Sergey Brin, two students at Stanford University, USA. At firstiIt used to be called Backrub. Then they made it into a company, Google Inc., on September 7, 1998.

Google makes money by advertising. People or companies who want people to buy their product, service, or ideas give Google money, and Google shows an advertisement to people. 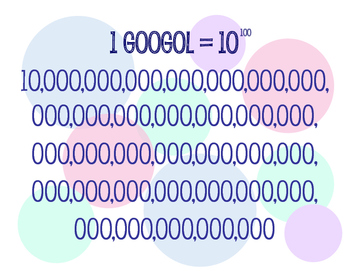 The name “Google” is a misspelling of the word googol. Milton Sirotta, nephew of U.S. mathematician Edward Kasner, made this word in 1938, for the number 1 followed by one hundred zeroes. It is said that the word “googol” was chosen as a name for this number because it sounded like baby talk. Google uses this word because the company wants to make lots of stuff on the Web easy to find and use. Andy Bechtolsheim thought of the name.

The name for Google’s main office, the “Googleplex,” is a play on a different, even bigger number, the “googolplex”, which is 1 followed by one googol of zeroes.

Google has over 271 products. Some of Google’s products are:

Many different types of videos can be put onto the website, such as educational content, animations, and events. Videos can be rated with likes or dislikes, and viewers can subscribe to channels they like. Videos can be commented on. The number of times a video has been watched (known as “views”) is shown. The first video uploaded to the site was very short. It was only nineteen seconds long.  Every minute of every day people upload over 300 hours of videos to the site. You can view YouTube in over sixty different languages. There are over one billion users on YouTube, which is nearly one-third of everyone on the Internet. 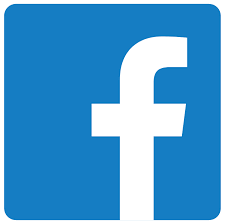 Facebook (sometimes shortened to FB) is a social networking service and website started in February 2004. It was built by Mark Zuckerberg with his college roommates and fellow computer science students Eduardo Saverin, Dustin Moskovitz and Chris Hughes. It is owned by Meta, Inc. On Facebook users may make a personal profile, add other users as friends, and send messages. Facebook users must register before using the site.

The name of the service comes from the name for the book given to students at the start of the school year by some universities in the United States. These books help students get to know each other better. Facebook allows any users who are at least 13 years old to become users of the website.

User profiles and updates are shown on what it known as the Timeline. A primary feature of Facebook is the ability to search for and connect with friends and family. News Feed enables users to view news from the connections and groups that they follow. Users can like a given post or comment on it. Pages provide the ability for businesses to share information and communicate with customers. Communities of interest can organize themselves with the Facebook groups to share information, images and active discussions. Facebook users can play games on their own or together with friends. Facebook Messenger enables friends to communicate in real time via webchat or a mobile app. Facebook Live is a feature that enables individuals and businesses to stream live video to friends, family and followers. Facebook Events enable users and groups to organize events that their followers can attend.

Billions of people around the world use Facebook to:

Over the course of its existence, Facebook has been the subject of many controversies. Several scandals were severe enough that Facebook founder Mark Zuckerberg testified before the U.S. Congress about the company’s practices. Facebook is a community of users that share information and pictures, so there is no shortage of potential dangers that can put users at risk. 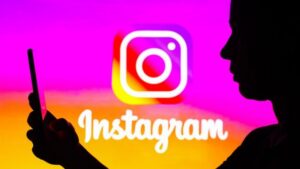 Instagram is a photo and video sharing social networking service founded in 2010 by Kevin Systrom and Mike Krieger, and later acquired by American company Facebook Inc., now known as Meta Platforms. The app allows users to upload media that can be edited with filters and organized by hashtags and geographical tagging. Posts can be shared publicly or with preapproved followers. Users can browse other users’ content by tag and location and view photos and videos. With over a billion registered accounts, Instagram, which was bought by Facebook in 2012, has become a part of daily life. It seems like everyone is on Instagram nowadays, from small businesses to big ones, news organizations to cultural institutions, celebrities, photographers, musicians and ordinary people. 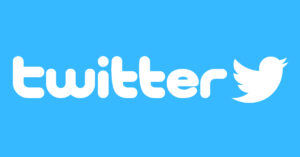 Twitter is one of the most popular social media platforms, with over 300 million active users logging in at least once a month.  Approximately 350,000 Tweets are posted every minute. The very first tweet was posted on March 21, 2006.

Twitter means the light chirping sound made by certain birds.

The hashtag was first introduced on Twitter in 2007. Chris Messina is the person responsible for introducing the famous hashtag into our digital world. Chris Messina could have patented the idea of hashtags and made a large sum of money from it. However, he was more interested in ensuring that people could freely use it so the idea would catch on quickly. The famous blue Twitter bird is called Larry.

Wikipedia is an online encyclopedia website in 320 languages. It is free of charge: users do not pay. It is “open content”. This means anyone can copy it, and make changes to it if they follow the rules for copying or editing. Anyone who wishes to, can change the pages in Wikipedia, or even make new ones.

Wikipedia is owned by an American organization, Wikimedia Foundation, which is in San Francisco, California.

Its name is a combination of the two words: wiki, a Hawaiian word for quick, and encyclopedia.

It was started on January 10, 2001 by Jimmy Wales and Larry Sanger as part of an earlier Internet encyclopedia named Nupedia. On January 15, 2001, Wikipedia became a separate website of its own. The English Wikipedia is the biggest. Wikipedia currently has more than 55 million articles. There are more than 280,000 editors who take time to contribute to Wikipedia every month. People who work on Wikipedia are called Wikipedians. Wikipedians write rules, guidelines, and essays to help other people understand being a Wikipedian.

Wikipedia is one of the top 10 most visited websites globally, but is the world’s only major website run by a nonprofit organization.

The Most Popular E-commerce and Shopping Sites 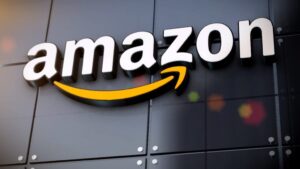 Amazon, a commercial giant, has now become synonymous to online shopping for millions of people around the world. It was founded in 1994 by Jeff Bezos in his garage. Amazon now is one of the 5 biggest tech companies in the US and operates in 13 countries and ships worldwide. Jeff Bezos, the founder of Amazon is the world’s richest man, with a net worth of $182 billion. Jeff Bezos earns roughly $321 million every day, or $13.4 million per hour, which is crazy!

Amazon was first launched as a bookselling website. The website sold its first book in 1995. Amazon is named after the first letter of the alphabet. Because of this, the brand appears at the top of alphabetical online listings. Second, naming the company after a South American river alluded to the company’s size, which Bezos advertised with the slogan “Earth’s largest bookshop.”

You can donate to charities when you shop on Amazon. With smile.amazon.com, you can buy whatever you want, and Amazon will donate a small percentage of what you pay towards a charity of your choice – at no extra cost.

Amazon hires over 1.25 (a million and a quarter)  of employees across the globe – that’s more employees than Google, Alibaba and Meta combined! More than 2 billion people visit Amazon.com every month. Amazon is developing a futuristic delivery system, Prime Air, which would let Amazon deliver packages to customers within 30 minutes using small drones. The service is being developed for the U.S. and other countries.

eBay is a multinational e-commerce corporation. The company is based in San Jose, California, United States. Pierre Omidyar is eBay’s chairman and founder. Omidyar founded eBay during the dot-com bubble in 1995. Due to this period, the newborn company had to stand against hundreds of competitors. eBay’s first name was ‘Auction Web.’ eBay was under the umbrella of Echo Bay Technology Group, Omidyar’s consulting firm. Omidyar tried to register the name echobay.com, however the domain was already registered. Many customers already called it eBay.com so he decided to go with the condensed version. The red, blue, yellow, and green on the eBay logo represent friendship, openness, and accessibility with strong ties connecting the eBay community altogether.

The dot-com bubble, also referred to as the Internet bubble, refers to the period between 1995 and 2000 when investors pumped money into Internet-based startups in the hopes that these fledgling companies would soon turn a profit.

The company operates a multibillion-dollar business. eBay operates in over 100 countries. The United Kingdom leads the world with the most eBay sellers.

The first-ever item sold on eBay was a broken laser pointer. The bid started at $1 with no interested buyers within its first week of posting. After a week, curious buyers piled up and the price went as high as $14.83 – and Sold! Omidyar promptly contacted the seller, asking whether the seller knew the item he had been selling was broken. To make a long story short, the seller happened to be a collector of broken laser pointers.