The United Nations Organization was founded in 1945 after World War II to replace the League of Nations. It is an international organization whose stated aims are facilitating cooperation in international law, international security, economic development, social progress, human rights, and achievement of world peace. The philosophy behind its establishment is to stop wars between countries, and to provide a platform for dialogue. The members of the UN consist of 193 member states, including every internationally recognized sovereign state in the world but Vatican City. The UN is headed by a Secretary-General.

The organization has six principal organs:

The United Nations Headquarters resides in international territory in New York City, with further main offices at Geneva, Nairobi, and Vienna. The organization is financed from assessed and voluntary contributions from its member states, and has six official languages: Arabic, Chinese, English, French, Russian, and Spanish. 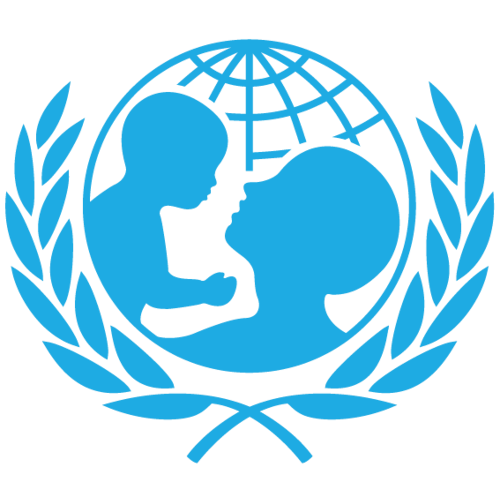 UNICEF stands for United Nations International Children’s Emergency Fund. It was created by the United Nations General Assembly on December 11, 1946, to provide emergency food and health care to children in countries that had been devastated by World War II.

In 1954, UNICEF became a permanent part of the United Nations System. UNICEF relies on contributions from governments and private donors. Governments contribute two thirds of the organization’s resources; private groups and some 6 million individuals contribute the rest through the National Committees. Most of UNICEF’s work is in the field, with staff in over 190 countries and territories. More than 200 country offices carry out UNICEF’s mission through a program developed with host governments. Seven regional offices provide technical assistance to country offices as needed.

The World Health Organization (WHO) is a specialized agency of the United Nations (UN) that is concerned with international public health. It was established on 7 April 1948, with headquarters in Geneva, Switzerland.

Since its creation, WHO has been responsible for playing a leading role in smallpox eradication, which is an acute, highly infectious, often fatal disease caused by a poxvirus. Its current priorities include:

WHO also drives the development of reporting, publications, and networking. It is responsible for the World Health Report, a leading international publication on health, the worldwide World Health Survey, and World Health Day which is celebrated every year on 7 April.

The Food and Agriculture Organization of the United Nations (FAO) is a specialized agency of the United Nations that leads international efforts to defeat hunger. It was established on 16 October 1945. In 1951, its headquarters were moved from Washington, D.C., United States, to Rome, Italy. Serving both developed and developing countries, FAO acts as a neutral forum where all nations meet as equals to negotiate agreements and debate policy. The organization’s Regular Program budget is funded by its members, through contributions set at the FAO Conference.

FAO is also a source of knowledge and information, and helps developing countries and countries in transition modernize and improve agriculture, forestry and fisheries practices, ensuring good nutrition and food security for all. Its Latin motto, fiat panis, translates into English as “let there be bread”.

The World Food Programme (WFP) is the food assistance branch of the United Nations Organization, and the world’s largest humanitarian organization addressing hunger worldwide. It was first established in 1961 after the 1960 Food and Agricultural Organization (FAO) Conference, when George McGovern, director of the US Food for Peace Programmes, proposed establishing a multilateral food aid programme. WFP was formally established in 1963 by the FAO and the United Nations General Assembly on a three-year experimental basis. In 1965, the programme was extended to a continuing basis.

WFP provides food, on average, to 90 million people per year, 58 million of whom are children. From its headquarters in Rome and more than 80 country offices around the world, WFP works to help people who are unable to produce or obtain enough food for themselves and their families. It is a member of the United Nations Development Group and part of its Executive Committee. The core strategies behind WFP activities, according to its mission statement, are to provide food aid to: 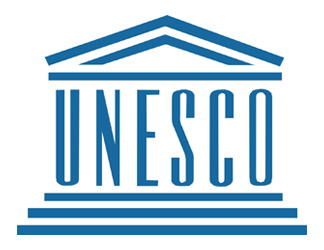 UNESCO is the United Nations Educational, Scientific and Cultural Organization. It seeks to build peace through international cooperation in education, sciences and culture.

The United Nations Educational, Scientific and Cultural Organization (UNESCO) was born on 16 November 1945. UNESCO has 195 Members and 8 Associate Members and is governed by the General Conference and the Executive Board. The Secretariat, headed by the Director-General, implements the decisions of these two bodies. The Organization has more than 50 field offices around the world and its headquarters are located in Paris.

UNESCO’s mission is to contribute to the building of a culture of peace, the eradication of poverty, sustainable development and intercultural dialogue through education, the sciences, culture, communication and information.

UNESCO works to create the conditions for dialogue among civilizations, cultures and peoples, based upon respect for commonly shared values. It is through this dialogue that the world can achieve global visions of sustainable development encompassing observance of human rights, mutual respect and the alleviation of poverty, all of which are at the heart of UNESCO’s mission and activities.

Do the United Nations Organization Quiz

1. Where are the Headquarters of United Nations?

2. Where are the headquarters of World Health Organization?

3. Which organ of the UN is charged with maintaining peace and security among countries?

4. How many official languages does UN have?

6. In which year, did the United Nations come into existence?

7. The United Nations is divided into _____ administrative bodies.

9. The headquarters of the International Court of Justice are located in ______.

A. Prague
B. Geneva
C. The Hague
D. New York