Read to find out some interesting facts about Glasgow, the largest city of Scotland.

Glasgow is the largest city of Scotland with almost one million inhabitants. It lies only 50 miles from Edinburgh, near the west coast of Scotland, but most people would agree that the two cities couls not be more different!

For many centuries Glasgow was little more than a cluster of cottages built on the river Clyde. In fact, the name itself means “dear, green place” in the Gaelic language and this is as true today as it was in the 6th century, when the city was founded. In the middle of the 15th century the second university in Scotland was built in Glasgow, and the city became important as one of the educational centres. The discovery of America led to the start of the modern city with increasing import of tobacco, sugar and cotton and, consequently, a growing shipbuilding industry. Slowly Glasgow transformed itself into one of the richest and most successful cities in all of Britain.

However, in the 20th century, things started to go wrong for the city. The depression of the 1930s hit the city’s heavy industry particularly badly, and thousands of people lost their jobs. From its poverty the city soon developed a taste for left-wing politics – a taste which remains to this day as there is not a single Conservative MP in the whole city!

Glasgow and its neighbouring industrial towns are situated upon a Lancashire coal-field, while the city itself lies on the raised bank of the River Clyde. It dominates the whole region and every day many thousands of workers commute to the city. It is a centre of a great variety of manufacturing industries. Glasgow became a great port and manufacturing centre at the beginning of the 18th century. Today its leading industries are shipbuilding, iron and steel, machinery and chemicals, textile and clothing, marine and aero engines, road vehicles and machine tools, cotton and woolen carpets production. It is also known for its book-producing and publishing firms.

Today Glasgow is important as a cultural centre. The largest city of Scotland is full of interesting museums and art galleries: the People’s Palace telling the historical and social story of Glasgow; the Museum of  Comparative Religion, exploring the world’s different faiths through art; Glasgow Cathedral, a wonderful example of Gothic architecture, etc. 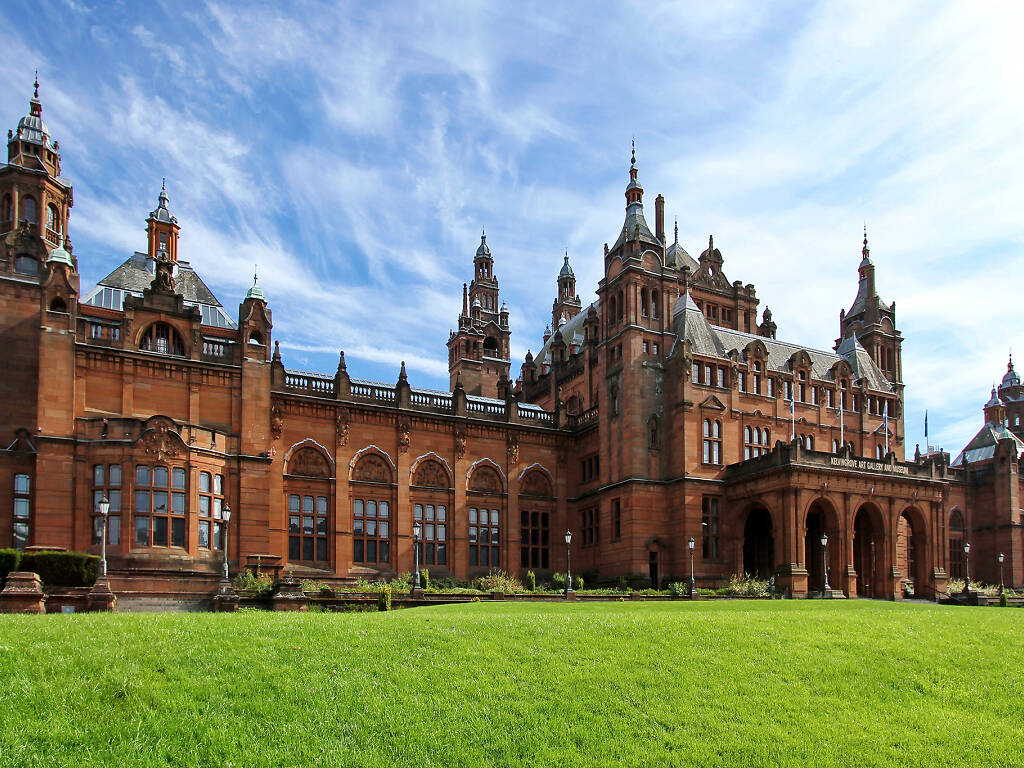 However, Glasgow is perhaps most famous for the liveliness of its people. The Irish and Highland immigrants of previous centuries have added some of their own charm and wit to the “Glasgow melting pot”, making it the friendliest city in Scotland. In addition, the shopping facilities are particularly good with many small speciality shops dotted around the main street.

Decide whether the following sentences about Glasgow, the largest city of Scotland, are true or false.

Speak about Glasgow, the largest city of Scotland