Starbucks, One of the Most Recognizable Brands

Starbucks Corporation is an international coffee and coffeehouse chain based in Seattle, Washington. It is the largest coffeehouse company in the world. There are thousands of stores worldwide.  Almost half of those stores are located in the United States. Starbucks is the second most valuable fast food brand surpassed only by McDonalds.

Starbucks sells drip brewed coffee, espresso-based hot drinks, other hot and cold drinks, coffee beans, salads, hot and cool sandwiches and other snacks. They really do have a big menu.

The first Starbucks was opened in Seattle, Washington, on March 30, 1971 by three partners: English teacher Jerry Baldwin, history teacher Zev Siegl, and writer Gordon Bowker. The three were inspired by entrepreneur Alfred Peet (whom they knew personally) to sell high-quality coffee beans and equipment. The company now operates over 21,000 stores. They have an established presence in 65 countries and are continuing to grow.

The Starbucks name has literary inspiration. The conglomerate was named after Starbuck, a character in Herman Melville’s novel Mobi Dick. This nautical theme extended to the company’s logo as well, which was inspired by a 16th-century Norse print of a two-tailed mermaid, or siren.

From the beginning, Starbucks has been about more than just great coffee.

Apart from promoting its products, Starbucks emphasizes the importance of togetherness and how coffee acts a binding force that unites coffee lovers.

Here are a couple of Starbucks slogans that you’re bound to love:

Starbucks abides by the “10-Minute Rule”. The rule requires each store to opne its doors 10 minutes before the posted time and close 10 minutes following the closing time. This is just to rovide good customer service, as there’s almost always a customer waiting for a Starbucks to be open.

The tables are designed with solo diners in mind. The small tables are circular so there don’t seem to be any ’empty’ seats and customers dining alone don’t feel lonely. In environmental psychology, the round table is much more comfortable and informal for individuals, as well as groups of people, to sit at. 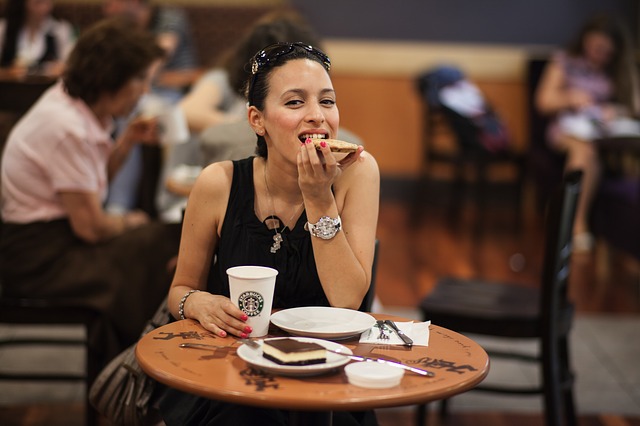 Starbucks baristas have to become certified coffee masters in order to wear black aprons. Once they’re approved by a manager, they have to learn basically everything there is to know about coffee before they can officially call themselves a coffee master. So, if you have a question about something specific, look for a barista in a black apron.

In 2016, Starbucks announced a plan to donate 100% of its leftover food to feed the hungry. The plan was going to affect all US locations. They partnered with Feeding America to donate unsold meals, like sandwiches and salads, and it was all due to their baristas speaking up.

Why is Starbucks so successful?

It’s one of the most successful companies in the world, not only in the coffee shop business. It is so successful because it was able to provide an experience that changed how much of the world thought about coffee shops and how many of us drink coffee outside of our homes. Starbucks created a third place between home and work where people can relax, enjoy a cup of coffee and experience the inviting ambience. Starbucks doesn’t compete with other coffee companies, it competes with going to see a movie.

In addition to a variety of coffee drinks and food, Starbucks’ atmosphere is very comfortable. The interior of a Starbucks in Los Angeles will not be much different from the interior of a Starbucks in Tokyo: rich warm colors, alternative music, organic-looking artwork, and baristas in green aprons abound. Everything in Starbucks’ interior, from the warm scent to the simple sofas, promotes comfort and familiarity.

All Starbucks stores include:

Starbucks is innovative and able to keep up with digital trends. They created an app to order online, started a membership loyalty program, and made social media acounts.