Cardiff the Capital of Wales

Cardiff the Capital of Wales

Hi, I’m Katia. Would you like to know some interesting facts about Cardiff the capital of Wales?

Cardiff the capital of Wales is the largest city in Wales. It is situated near the mouth of the river Taff, which flows into the English Channel. The site was first occupied by a Roman fort which was built there about 70s AD. By the 3rd – 4th centuries a massive wall had been built around it, and its traces can still be seen at various parts of the modern city. When Roman forces withdrew from Britain, all the people probably left the fort. Only with the coming of Normans, about 700 years later, did people came to live there again.

Although Cardiff is an ancient city, it did not expand greatly until the 19th century when it became a centre of export trade in coal. But after the First World War and especially after the Second, when the demand for the Welsh coal both at home and abroad went down, the growth of the city practically stopped.

Nowadays Cardiff comes as a surprise to those who expect to see dirty docklands and provincial mediocrity. The first sight which will catch your eye will be the Castle. Although it is situated in the very heart of the city, it is surrounded by parkland and acres of greenery. The Castle with its Roman foundation, medieval core and richly decorated Victorian mansion is the best jewel in Cardiff’s crown. Other attractions of the city are the splendid neo-classical white-stoned architectural ensemble of the Civic Centre with the City hall, National Museum, Law Courts and University buildings. The Museum contains another of Cardiff’s surprises: a world-class collection of impressionist paintings, one of the finest outside Paris. 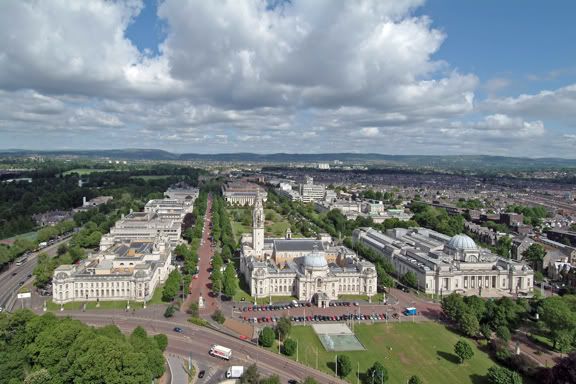 At first sight Cardiff may seem too Victorian, too formal, too dignified. But the second glance will show you that it is a relaxed city with a thriving cultural life. The New Theatre of Cardiff houses the prestigious Welsh National Opera Company, and all kinds of music and entertainment can be found in St. David’s Hall.

In Cardiff you can find modern shopping malls and Victorian shopping arcades, cafes, restaurants and many places to taste the locally brewed Brains beer.

Brains is the biggest independent Welsh brewery, a family owned company creating a wide range of keg, cask and bottled beers in the heart of Cardiff city centre since 1882. They produce a huge variety of beers from their world famous SA to some seasonal specials. Brains beer could soon be brewed outside of Wales. 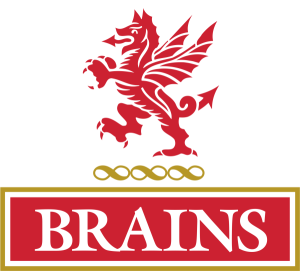 The Cardiff Bay has been transformed into Millenium Waterfront with a massive freshwater lake. The National Assembly for Wales is situated there as well as the Millenium Centre, a theatre worthy of a city with European dimension and ambitions. The centre has hosted performances of opera, ballet, contemporary dance, theatre comedy, and musicals.

The Senedd (the Welsh Parliament,Senedd Cymru in Welsh) is situated in Cardiff. It makes laws for Wales. From its creation in May 1999 until May 2020, the Senedd was known as the National Assembly for Wales. The Senedd comprises 60 members who are known as Members of the Senedd (MS). Typically, the largest party in the Senedd forms the Welsh Government.

Some Interesting Facts About Cardiff the Capital of Wales

If you know any other interesting facts about Cardiff the capital of Wales, leave your comment.