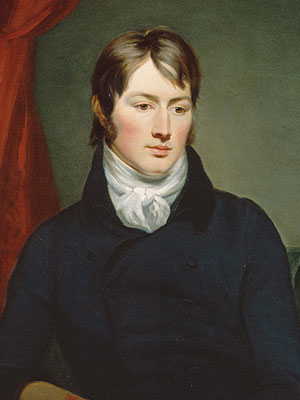 John Constable is best known for his paintings of the English countryside around his home in Suffolk. His most famous paintings include Dedham Vale of 1802 and The Hay Wain of 1821. The area surrounding his home, on the Essex-Suffolk border in east England, is now known as “Constable Country” and a designated Area of Outstanding Natural Beauty.

John Constable was born on 11 June 1776 in East Bergholt in Suffolk, the son of a prosperous miller. He was educated at Dedham Grammar School, then worked for his father’s business. He persuaded his father to send him to study at the Royal Academy Schools, which he entered in 1799. In 1802 he turned down a teaching position, choosing to paint instead. At first he painted portraits just to make money. He made trips to the Lake District and spent time sailing on a ship, to get inspiration for his work.

The first important painting Constable sold was the White Horse. During his lifetime, he sold only 20 paintings in Britain, but sold the same number in just a few years, in France.

In 1811 he fell in love with Maria Bicknell. Her family did not approve of the match, and the two did not marry until 1816. Maria suffered from tuberculosis, so they lived in Hampstead in north London, which was thought to be healthier than central London. In the early 1820s they began frequent visits to Brighton, also for Maria’s health.

Early in the 19th century, most English painters believed that “a good picture, like a good fiddle, should be brown.” John Constable, however, believed that nature should be shown in its own colors. He invented a technique to make this possible. He is said to have used “a thousand greens” to create the natural beauty of his trees and meadows. To suggest the highlights of sunshine, he used dashes of light-colored pigment known as “Constable’s snow.”

Constable believed that his paintings should come as directly as possible from nature. He was one of the first artists to work using oils in the open air (‘en plein-air’). During 1821 and 1822 Constable made hundreds of outdoor oil sketches, capturing the changing skies and effects of light. Constable’s cloud studies illustrate just how hugely impressive nature, in its simplest form, can be. Constable said that painting was another word for feeling, and his cloud studies certainly bear witness to this idea. He believed in a scientific, as well as poetic, approach to painting landscapes. 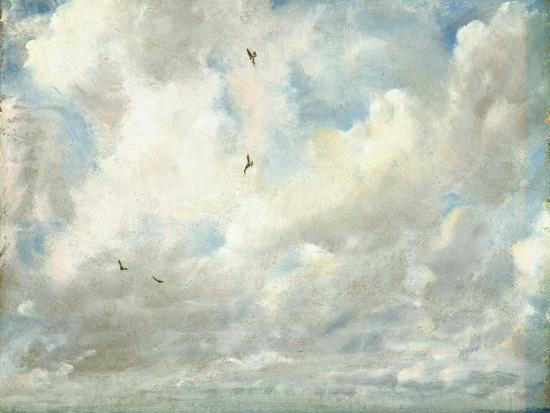 John Constable also painted many watercolours, including one of Stonehenge.

Maria’s death in 1828 was devastating for Constable and left him responsible for their seven children. He decided never to paint again, although he later changed his mind.

In 1829 at the age of 52, Constable became a member of the Royal Academy. He gave lectures on landscape painting. Constable received little other recognition in Britain in his lifetime, but was much better known in France. In 1824, ‘The Hay Wain’ won a gold medal at the Salon in Paris and Constable had a profound influence on French Romantic artists. Constable’s technique helped lead the way to the French impressionist movement.

John Constable died in March, 1837 from heart failure. He was buried in St. John’s church, Hampstead, London, where his wife and two of their 7 children are also buried.

In 1843 his first biographer wrote that Constable “ . . . was the most genuine painter of the English landscape.” 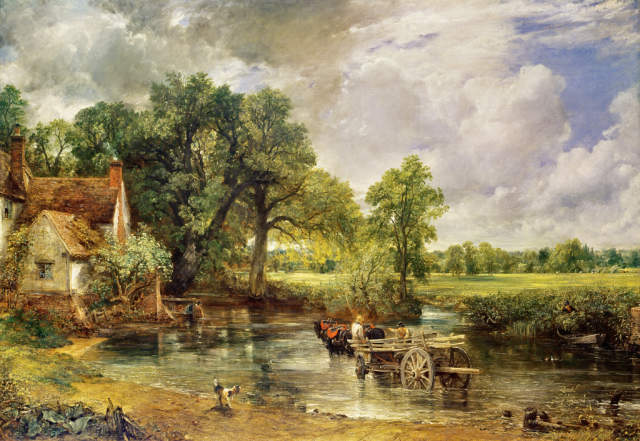 The Hay Wain finished in 1821, depicts a rural scene on the River Stour between the English counties of Suffolk and Essex. It hangs in the National Gallery in London and is regarded as “Constable’s most famous image” and one of the greatest and most popular English paintings.