Eugene Paton, a scientist whom we take pride in

One can name many outstanding scientists in Ukraine, but I’d like to tell about the man, whose name is known all over the world. This is Eugene Paton, an outstanding scientist in the field of bridge construction and welding, the founder of the Institute of Electric Welding. 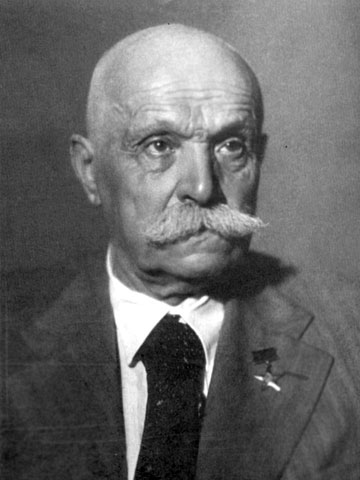 Eugene Paton was born in the family of Russian Consul in Nice, France in 1870. He was a graduate of Dresden Polytechnic Institute, Germany. But when he came back to St Petersburg as a famous engineer (architect), he suddenly changed his mind as to his occupation. He became a student of St Petersburg University being a famous engineer and having the project of the Dresden railway station to his credit. In a year, he passed all the exams and got a degree of a railway engineer.

He was a lecturer at Moscow Engineering College of Railway Roads (1989-1904). Paton was the first to found the Soviet school of bridge-building. Eugene Paton was a Professor of Kyiv Polytechnic Institute, and the Chairman of the Bridge Department from 1904 to 1938. In 1929 he organized a welding laboratory and Electric Welding Committee. In 1934 Eugene Paton founded the Electric Welding Institute of the Academy of Sciences of Ukraine, the first institute of the electric welding in the world.

He was awarded the title of the Honourable member of the Ukrainian Academy of Sciences. He decided to change his profession when he was 60. “The wish to serve the people made me to take up the new job — the electric welding,” he said.

Task 1. Are these statements true or false?