Christopher Columbus is a well-known Italian explorer and navigator who discovered America and made four voyages across the Atlantic Ocean.

Christopher Columbus was born on October 31, 1451 in Genoa, Italy. Columbus came from a small but respectable family of cloth weavers from Genoa. Christopher was the eldest of four children in the family. “Christopher Columbus” is the English version of Columbus’s name. His real name in Italian was Cristoforo Colombo; his name in Spanish was Cristóbal Colón.

The future sailor worked in his father’s workshop, but from an early age he dreamed of traveling. At the age of fourteen, Columbus already had the basic skills of a sailor. He later traveled to the Mediterranean countries and even visited Iceland once.

In 1477, Columbus came to Portugal. Columbus settled in Lisbon and married Filipa Moniz Perestrelo. They had one son together. His wife died and Columbus moved to Spain.
Columbus became interested in geography and cosmography. After learning these sciences, Columbus came to the conclusion that using the spherical shape of the Earth, you can get to India by western route across the Atlantic Ocean, bypassing the way along Africa.
Columbus presented his idea of sailing west to find new trade routes to the Portuguese king who rejected it. He presented his ideas in Genoa and Venice, but the governments there said no too. He finally went to the Spanish monarchy. Queen Isabella and King Ferdinand initially refused, but later agreed to help him. They gave him the money to buy three ships – the Santa Maria, the Nina and the Pinta.

Columbus set out in August of 1492 to find Asia. Instead, he landed on an island in the Bahamas after 36 days of sailing. There they met friendly natives who traded beads, spears and parrots with them.

Columbus left 39 men behind to build a settlement on the coast of Hispaniola before returning to Europe.

In January 1493, two ships sailed back to Spain. After experiencing severe storms, the ships “Pinta” and “Ninja” returned to Spain. Columbus was greeted and given great honors, Spanish aristocrats gave banquets in his honor. Columbus announced the discovery of a new path to Asia, told about the brightest events of his journey and described the islands he discovered. He showed stuffed animals of unknown animals and birds, rare medicinal and aromatic plants, showed Indian gold and jewelry. Columbus also showed all the “Indians” he had brought with him. So Columbus brought the news of the discovery of new lands.

October 12, 1492 is considered the official date of the discovery of America.

In the United States, Columbus Day is a holiday that celebrates Columbus’s arrival in the New World on October 12, 1492.

The king and queen of Spain were very happy and agreed to finance two more trips. When Columbus reached the settlement in Hispaniola, he discovered that the settlement had been destroyed – probably by native people, although we’re not sure. He made slaves of some of the people and forced them to search for gold. 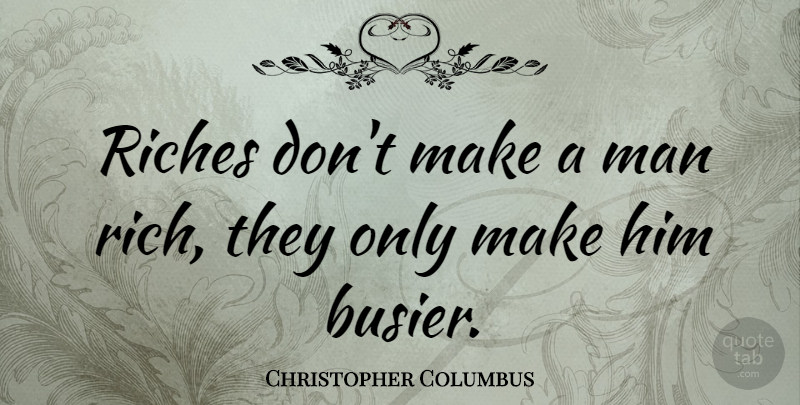 Columbus’ men complained of his poor management and harsh treatment. Columbus was brought before the king and queen and stripped of his title.

When the Spanish learned that Columbus had found a “New World,” many other people, called conquistadors or conquerors, went there too. This led to the Spanish colonization of the Americas.

When Columbus died in 1506, he still believed he had discovered a trade route through China.

What do you think: was Christopher Columbus a good guy or a bad guy?

That depends on who you ask. He paved the way for future explorations, which is a good thing if you came here from Europe. Columbus took foods, such as corn, potatoes and coffee, back to Europe. The corn and potatoes became important food crops there.

For the native people, though, Christopher Columbus’s explorations meant disaster. The small pox disease wiped out millions of native people. Future explorers, searching for gold and riches, killed or enslaved many people.

Christopher Columbus was not the first European explorer to reach the Americas. He was preceded by the Norse expedition led by Viking Leif Eriksson in the 11th century.