How about making a sightseeing tour around London?

a tour – тур
It was a long tour. They made a tour around the world. This tour is very interesting: we can visit many different places.

a tourist – турист
I think that I’m an active tourist. If you are on a tour, you are a tourist. We are active tourists because we travel for pleasure a lot. Many tourists visit London every day.

sightseeing – огляд визначних місць
Tourists go sightseeing. I am fond of going sightseeing in a big city. The book tells about some interesting places for sightseeing.

royal – королівський
I like reading about the British royal family. This is a royal park. It’s a royal palace because it belongs to the Queen.

belong – належати
Who does this palace belong to? It belongs to the Queen.

Hello, ladies and gentlemen. We welcome you to London. London’s most famous sights are the Tower Bridge, Big Ben and the Houses of Parliament, Trafalgar Square and St. Paul‘s Cathedral. You’ll see all these places and much more of London from our red double-decker.

We start from Trafalgar Square. On the column in the centre there is a statue of Admiral Nelson. To the left of us you can see the National Gallery. Now we are coming to Piccadilly Circus. It is the meeting point of six streets.

We have just turned left and you can see St. James’s Park. It is one of the royal parks. On the right you’ll see Covent Garden. It is a tourist shopping centre with cafes and restaurants. We’ll stop here so that you can go shopping. Our tour has finished. I hope that you have enjoyed this London sightseeing tour. 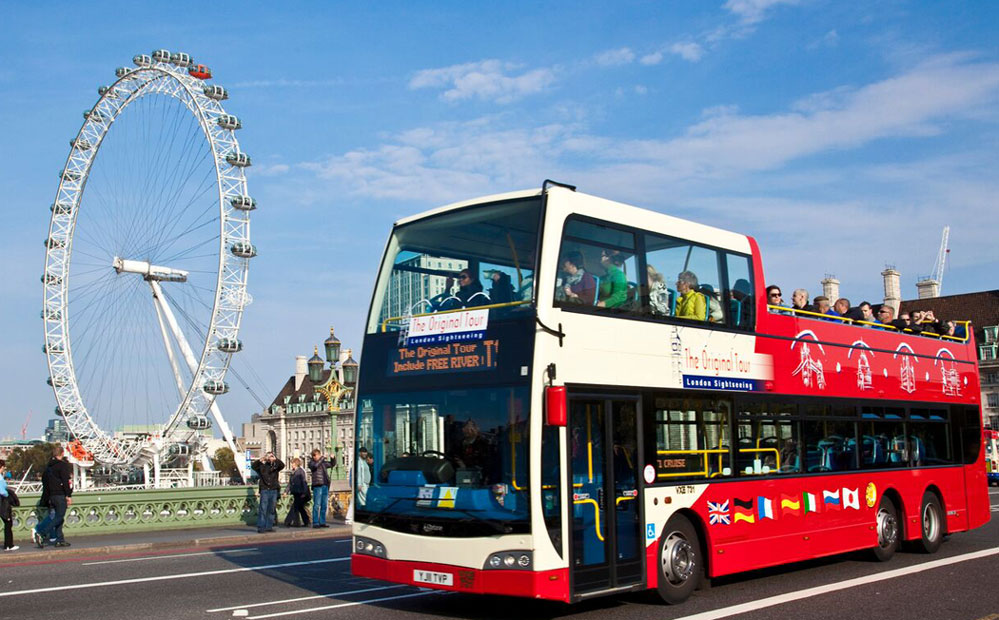 Choose and complete the sentences

1. They have started from …

3. They have visited … which is the London home of the Queen.

4. They have done shopping at …

Present Perfect Tense = have, has + V3

I have been to London.
I have done many interesting things.
I have seen the Queen.
I have taken lots of photos.

just – щойно
We have just turned to the left.
They have just come.
I have just read the text.
He has just phoned his friend.

yet – ще
We haven’t seen the Queen yet.
They haven’t arrived yet.
She hasn’t been to London yet.
He hasn’t had lunch yet.
We haven’t made London sightseeing tour yet.

Read and say what the tourists have already seen or visited and what they have not seen in London.

The tourists have just finished their tour.

never – ніколи
I have never been to Paris. He has never travelled by plane. She has never seen snow.

once – один раз
I have been to Turkey once. I have visited this museum once.

twice – двічі
I have been to Cherkasy zoo twice. She has seen this film twice. He has been to the theatre twice.