Here are some important inventions

Some Important Inventions of the 20th Century

The 20th century has given us plenty of things that improve our lives: TV, calculators, mobile phones, CDs… It has also given us some household objects that make our lives easier and more comfortable. Read about some inventions of the past century. Make a list of 5 most important icons of the 20th century. Give reasons.

A Russian engineer Vladimir Zvorykin emigrated to the USA and there in 1931 produced an apparatus that later became known as a television set. The first TV station was located on the Empire State Building in New York City. The programmes could be watched only by those who lived not farther than 60 miles from the station.

In 1975 the Japanese corporation JVC made it possible to record films and TV programmes at home. The system was known as VHS (Video Home System).

The first computers were huge. They were used for scientific purposes. Sinklair ZX 80, the 1980 machine, was the first computer used by ordinary people. Psion Organizer of 1990s shifted computers off the desktop.

The global network was designed for serious scientific purposes. In 1962 the US scientists started to build a network between the leading scientific centers of the USA. In 1969 this network joined four universities. In 1972 the first e-mail with symbol @ was sent.

Mobile phone now used by millions of people appeared in 1973. The American Martin Cooper invented the first mobile phone – Motorola Dyna –Tec.. It weighed a kilo. Now mobile phones have made a massive impact on social and working activities and changed the way we communicate.

Compact Disk from the 1980s brought an end to vinyl records and revolutionized the storage of computer data. 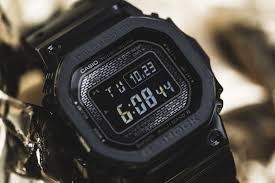 The first contact lenses were made from plastic in 1936 in New York. But only thanks to new materials and developed technologies there appeared soft lenses that let oxygen to the eyes.

The first trainers were designed by Adolf and Rudolf Dessler right after WW II. Canvas and rubber were used to make them. Later the brothers went each his own way. In 1949 Adolf patented his trainers under the name “Adidas”. This is the world famous firm now. The first three letters stand for Adi – a short form for Adolf and the last three letters represent the beginning of the surname. The second brother established his own company “Puma”.

Speak about some important inventions.