New inventions are appearing every day and make our life easier, longer, warmer, more comfortable and so on. Here you will read about some inventors and inventions.

But only a few inventors design a new machine or a product that becomes so well-known that the invention, named after its creator, becomes a household word.

Necessity is the mother of invention.

The German engineer who invented the Diesel engine in 1897 and so began a transport revolution in cars, lorries and trains.

The German physicist who designed a counter for detecting radioactivity in 1908-1909. This was the beginning of modern Geigers (Geiger counters).

In 1895 a well-known German physicist Wilhelm Conrad Roentgen discovered X-rays which we usually call Roentgen rays. He named them in such a way because of their mysterious nature. X-rays are widely used in  medicine, different branches of science and technology.

Do you know that until just over a hundred years ago there was no such an instrument as the saxophone? It was invented by a Belgian musician Adolphe Sax in 1842. The saxophone was very successful and is often played today, especially in bands, but the other new musical instruments which Sax invented were less popular and are hardly ever heard today.

Skim through the text 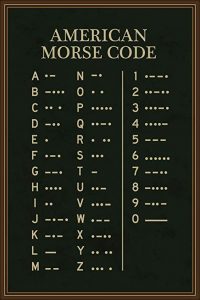 Samuel Morse was born in 1791 in Charlestown, USA. When he was young his greatest interest was painting. He studied art in London. Then Samuel returned to America and opened a studio in Boston as a portrait painter.

In 1832 at the age of forty-one, far out in the Atlantic Ocean, on board the ship going from France to New York, he met a man who told Morse that electricity would move so fast that its speed could hardly be measured. Since then his entire life changed. Morse thought, if electricity could be found in any part of a wire, it could be used to send messages. Now art was the thing of the past. Mores began to work our a way to send messages. His energy and enthusiasm were concentrated on one thing – to make an instrument that could send messages to any part of the world.

Morse worked hard to make a workable telegraph. With almost no knowledge of electricity he tried one thing after another. Then he had the idea of what a relay is celled. It was an electric battery on the line adding more power to send the message further. By means of relays and batteries the first real telegraph was born. It was introduced to the public in January 1838. Morse also invented the short telegraph sound (.) and long sound (-), known as Morse code. This is the alphabet still used in telegraph system today.

Find the answers in the text:

Speak about inventors and inventions.