The Biggest Insects in the World

Hi, I’m Liliya and I want to tell you about some of the biggest insects in the world. They are the largest moth and the largest butterfly. Moths are close relatives of butterflies. Most species of moths are active only at night.

The atlas moth is one of the largest insects in the world. Its wings are very big, up to twelve inches (30 centimetres) and may cover humand hands. The wings of the atlas moth are reddish orange and have a very beautiful design. 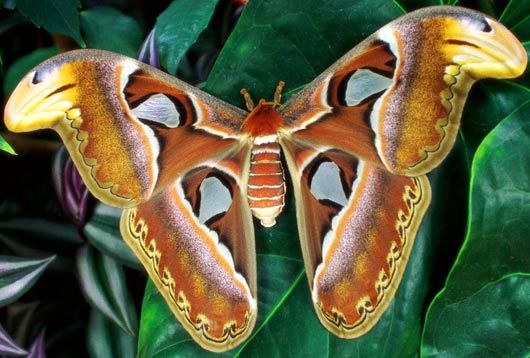 The tips of an atlas moth’s wings look like the head of a cobra snake. Do you see it? When an atlas moth is threatened, it can fly down to the ground and raise its wings to make itself look like the deadly snake. The atlas moth can also shoot out a smelly liquid to help keep its attackers away.

The atlas moth lives 2 or 3 weeks. They eat nothing! When they are caterpillars, they eat a lot. These caterpillars are bluish-green in color and are very hungry. They eat all sorts of plants. Citrus, cinnamon, and cherry tree leaves are among their favorite foods.

I have known that the largest butterfly in the world is Queen Alexandra’s Birdwing. It lives in the tropical rainforests of Papua New Guinea.

The Queen Alexandra’s birdwing was discovered by English naturalist and wildlife collector Albert Stewart Meek in 1906. The butterfly was named after King of England’s wife, Alexandra. (Edward VII was King of England at the time of the butterfly’s discovery). 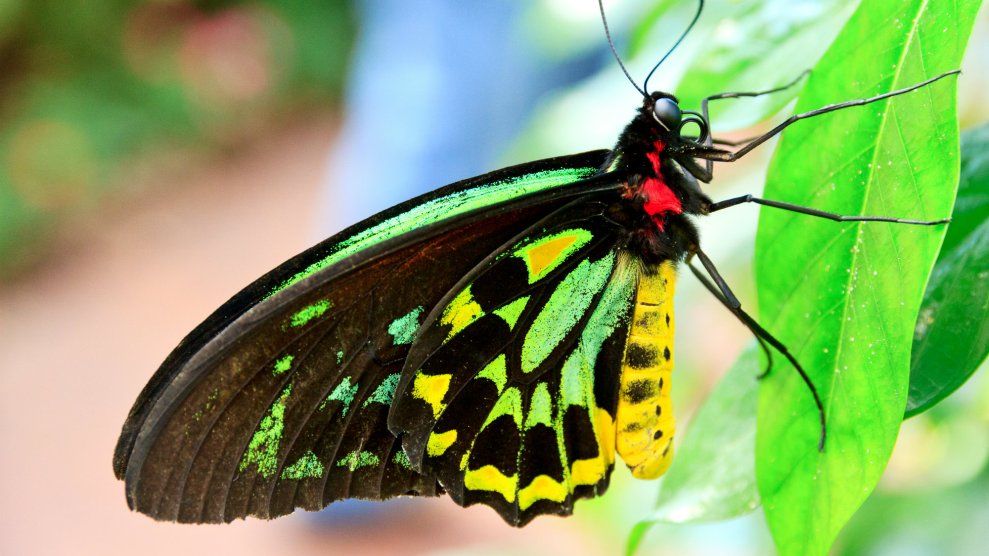 This large butterfly doesn’t have many natural predators, only some spiders and birds. More and more of the rainforest in which it lives is being deforested and being turned into oil palm plantations.