Tell about one of the endangered species

Hi, I am Diana and I want to tell you about orangutans. I am sure each of you at least once heard about these animals, but do you know that they are in danger of extinction? I hope you’ll enjoy the short information about these amazing animals.

Orangutans are red-haired apes that live in the tropical rainforests of Sumatra and Borneo in Southeast Asia.

These magnificent mammals measure 1.2m to 1.5m tall and weigh up to 100kg.  And they have one seriously big arm span – some males can stretch their arms 2m from fingertip to fingertip!

The orangutan is one of humankind’s closest relatives – in fact, we share nearly 97% of the same DNA! The word orangutan comes from the Malay words “orang hutan“, meaning “human of the forest“.

Orangutans spend most of their time up in the trees, where they use their long, strong arms and hook-shaped hands to climb and swing from branch to branch. They sleep in leafy nests high off the ground, where it’s harder for hungry enemies (such as leopards and other big cats) to get them!

Orangutans are among the most intelligent animals. They use a variety of tools and construct elaborate sleeping nests each night from branches and leaves. The apes have been extensively studied for their learning abilities.

Daytime eaters, their diet consists mostly of fruit and leaves – but they also eat nuts, bark, insects and, once in a while, bird eggs, too.

Female orangutans give birth about once every eight years. Infants stay with their mother for six to seven years, until they’ve learnt the necessary skills to survive on their own. During this time, a very special bond is formed between the mother and child.

Unlike other great apes, such as chimpanzees, gorillas and bonobos, these gangly guys don’t like to live in groups. A female will usually have a baby (or two) with her, but males like to be alone. 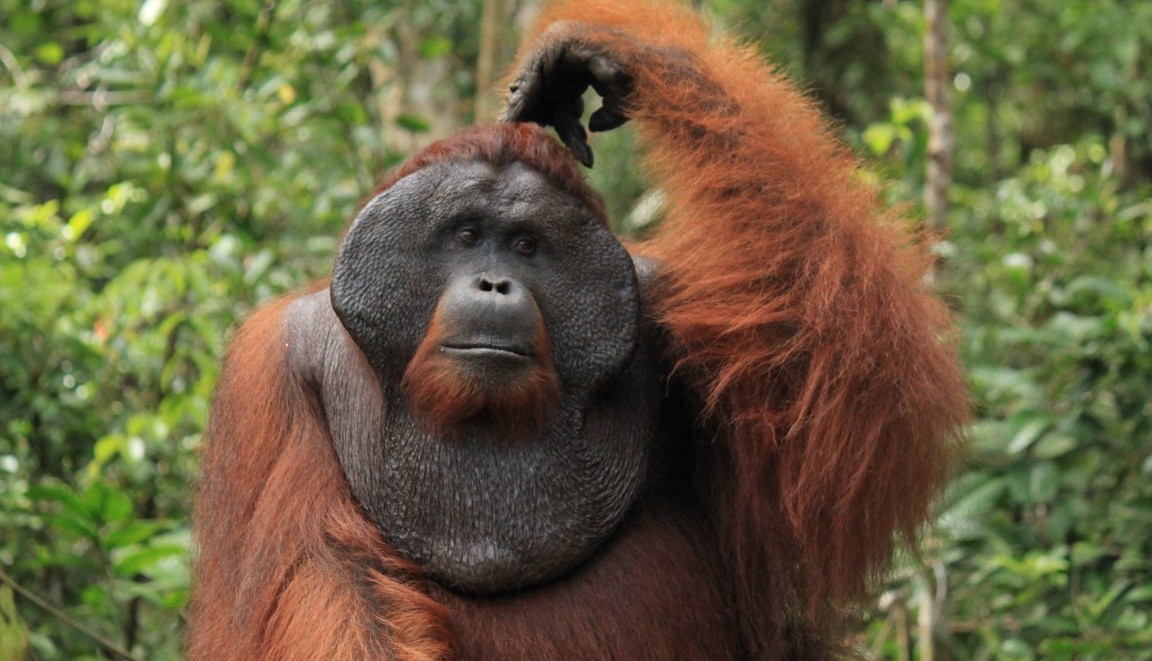 Orangutans are noisy creatures when they want to be, making loud howls and bellows that can be heard for miles around! It’s usually the males that make these calls so that they can stay out of each other’s territory.

These amazing apes generally have long lives – in captivity they can live for 50-60 years, and in the wild, 30-40 years.

Sadly, orangutans are today on the endangered species list. Deforestation in the forests where they live has reduced their habitat, and illegal hunting has put populations at serious risk. That’s why we need to do all we can to help them and protect their future!