Kaniv is my native town. I have been living here since my birth. My hometown has got 24, 000 inhabitants. It is located in a region called Cherkasy Oblast in the central part of Ukraine. It is a small but beautiful town situated on a picturesque bank of the river Dnipro. Kaniv is a historic town. It is one of the oldest towns in Ukraine. According to the chronicles it was founded in the 11th century during the reign of Prince Yaroslav the Wise. Kaniv of Kievan Rus was a great financial centre.

Kaniv my hometown is best known as the place where Taras Shevchenko, the great Ukrainian poet, was buried on Tarasova Hill. Many people from Ukraine and all over the world come to Kaniv to pay homage to great Taras. There is Shevchenko Museum on Tarasova Hill. The halls of the museum tell about the great Ukrainian bard. From time to time different exhibitions of modern artists, craftsmen are organized in the halls of the museum. Shevchenko’s grave and the adjoining territory were declared a state reserve. The Kaniv State Museum-Reserve has become a monument of Ukrainian culture. 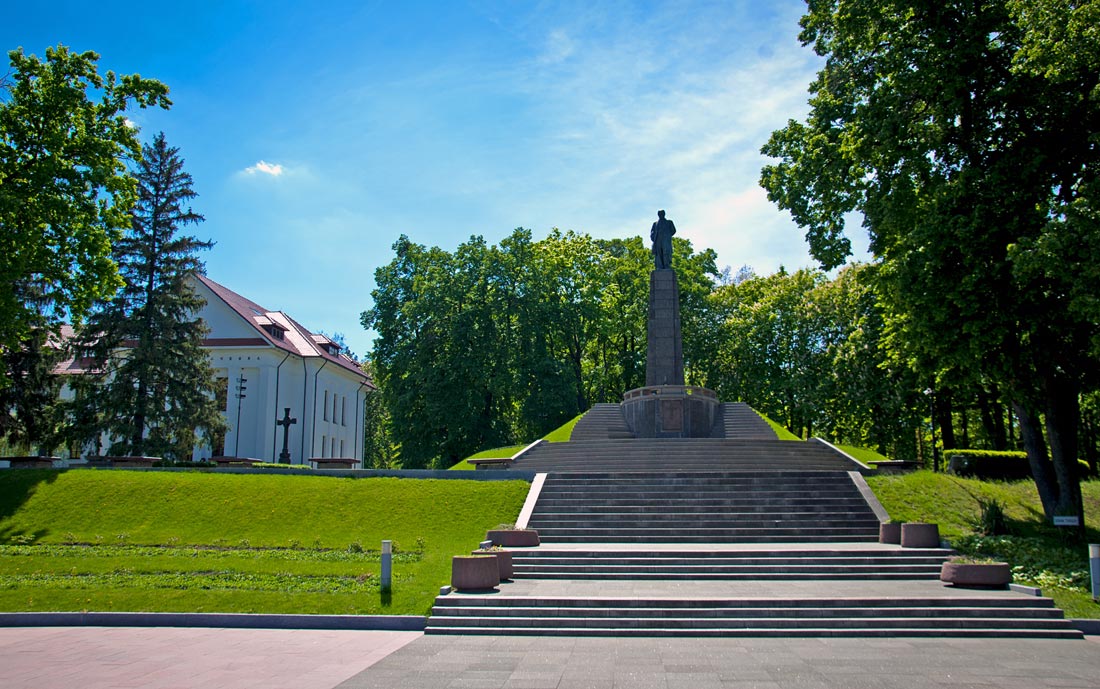 There are some other interesting places in Kaniv. Uspensky Cathedral is an architectural monument of the 12th century. It was founded by the Great Prince of Kievan Rus Vsevolod Olgovich in 1144. Gaidar library-museum is in the centre of the town. Arkadiy Gaidar, the well-known chidren’s writer died near our town in 1941 and was buried here. Of interest for any tourist is the museum of Kaniv history, the museum of Decorative Folk Art, the Monument to a Mother and a Child in the park of Glory.

There aren’t many industrial enterprises in our town. You can find the hydro-electric power station, which is one of a chain of such stations on the Dnipro River, the huge poultry farm, the creamery  ‘Cheese Club Corporation’, the food plant ‘Veres’ which produces canned fruit and vegetables, the plant “Magnit”, plant of domestic goods and some others.

The sister-cities of Kaniv are Viersen, Germany; Lambersart, France; Southborough, England; Sonoma, USA; Chluhiv, Poland. The twinning relationships were established and are being maintained.

You’re welcome to my hometown, which is especially beautiful in spring and in summer. I love my native town.