Tell about your favourite singer

Hi, I’m Liza and I’d like to tell about one of my favourite singers. Her name is Billie Eilish and she’s a world-famous singer.

Billie Eilish is an American singer and songwriter. She is best known for her successful debut single, ‘Ocean Eyes.’ She was born and raised in Los Angeles, California on December 18th, 2001. She is the daughter of actress and screenwriter Maggie Baird. Her father Patrick O’Connell is an actor and musician.

Billie was homeschooledand her mother taught her and her elder brother Finneas the basics of music.

Belonging to a family of musicians, Billie was destined to make a career in performing arts. She joined a choir at the age of 8, and by the time she turned 11, she had begun writing and singing her own songs. She also visited dance lessons. Dance was another passion of hers.

Billie can play the ukulele and the piano.

Her elder brother, Finneas O’Connell, was the biggest influence in her life while she was growing up. He had his own band and had written a song titled ‘Ocean Eyes.’ Billie performed the song and released it online. It became a massive success, her career started with this song. This turned out to be her first massive breakthrough. At the age of fifteen Billie became famous. Billie and Finneas work on songs together.

In 2017, her brother helped her record the single ‘Bellyache.’ With the success of the song, Billie released her debut EP, ‘Don’t Smile at Me,’ in August 2017. The EP appeared on several American and international music charts. In October 2017, ‘Apple’ named her their newest ‘Up Next’ artist. 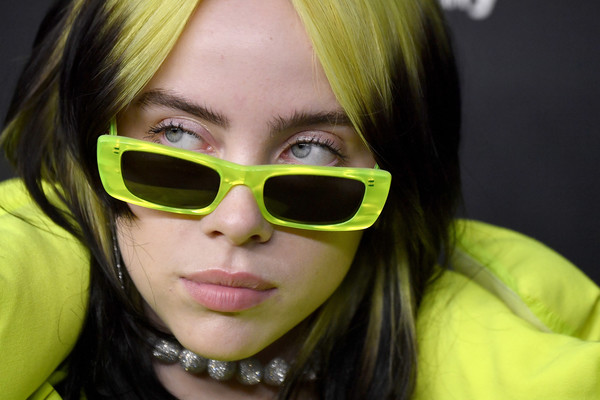 The girl was listed in the Guinness Book of records twice. Her debut album topped several top charts: US Billboard 200 and UK Albums Chart. The single “Bad Guy” topped the Billboard Hot 100, making Eilish the first performer of the generation Z, who managed to lead the ranking.

Billie Eilish has been criticized for never smiling in photographs. She has responded to such criticism by saying that she does not like smiling because it makes her feel weak and powerless.

She is known for her eccentric dress sense. She is often criticized for it but does not pay attention to the criticism.

No doubt, Billie Eilish is very talented and I’m looking forward to her new songs.