Pros and Cons of Social Networking

As well as videogames or television, social networks have their advantages and disadvantages.

Firstly, social networking gives you a chance to connect with people around the world. It helps people to communicate via messengers, share photos, impressions, ideas, thoughts, etc. This technology gives us access to easy, instant communication tools.

Thirdly, social networking sites like Facebook do have collaboration features like Group and Document sharing. One can create a group and start to share ideas and information for a specific purpose. Social networking sites are very useful to collect feedback and comments on the various idea.

What is more, it is easy to spread the message and invite many people to take part in events for awareness and activism.

In addition, it’s a lot of fun being on a social network. The elderly and people who are shy or socially isolated feel more connected to society because of social media. 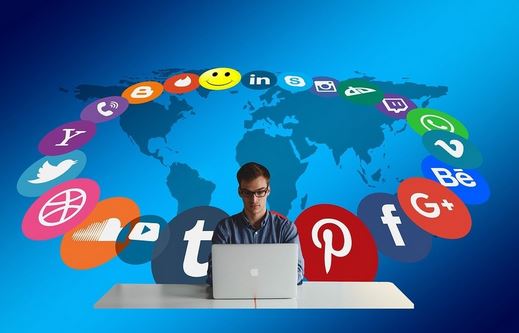 Social networking sites also have many disadvantages if you do not use them consciously.

Addiction is in the first place. Social networking addict constantly checks Social Media Feed or checks out people’s profiles for hours and hours. As a result, they don’t get enough sleep and feel tired, nervous and irritated. The compulsion to use social media can make a person a social media addict.

Social networking sites are linked to increased risk of mental health problems like depression, anxiety, and loneliness. Too much time spent scrolling through social media can result in symptoms of anxiety and depression. Teenager’s mental health is especially negatively affected.

Besides, most of the users of social networking sites are not fully aware of the security measures they need to take care of while using social media platforms. People share thoughts, personal experience, photos, etc. on social media sites. Such information can be helpful for hackers to hack your accounts in social media, emails or even your phone.

Last but not the least drawback of social networks is lack of privacy. Your behavior on social media can help people or companies know who you are. It is not hard to find how many friends you meet daily, interact, or what type of food you like. Based on your check-ins on social media, one can easily find where you hang out. Based on your check-ins, browsing history, interaction on various Facebook pages, groups, friends or even links, bots can suggest the products or services.

As far as I am concerned, I am an active user of Instagram but I use it sensibly and I think  that nowadays our life is impossible without social networks and internet. The development of social media helps to develop culture, education, languages and it is the result of globalization.