Clapton has been referred to as one of the most important and influential guitarists of all time. Eric Clapton ranked second in Rolling Stones’ list of the “100 Greatest Guitarists of all Time” and fourth in Gibson’s “Top 50 Guitarists of All Time”. Clapton has been the recipient of 18 Grammy Awards, and the Brit Award for Outstanding Contribution to Music. In his solo career, Eric Clapton has sold more than 100 million records worldwide, making him one of the best-selling musicians of all time.

In the late 1960s, “Clapton is God” was emblazoned on public edifices. Many years later Eric continues to amaze.

As an adolescent, he glimpsed the future when he tuned into a Jerry Lee Lewis appearance on British television. Lewis’s performance, coupled with Eric’s love of the blues ignited a desire to learn to play the guitar. He commenced studies at the Kingston College of Art, but was expelled at seventeen. After that he once said he was actually proud 0f  that because not many people had been kicked out of Art College.

Eric’s aptitude for art soon made him famous. As a member of Yardbirds he finally rose to prominence and became famous for his forceful string-bending that often resulted with broken strings.

With the Bluesbreakers his talent blossomed at an accelerated rate, but he soon parted company with them.

His landmark double album was inspired by his love for Pattie Boyd and he dedicated an entire album to her. The problem was that he was in love with his best friend’s wife, which made him become severely depressed and go into seclusion.

In the late 1990s he was faced with the death of his colleagues and his son Connor. He channelled his grief into writing a tribute to his son. Clapton’s career was punctuated by tragedy. He found refuge in his music which obviously  sprouted from pain.

Eric Clapton is the only triple inductee into the the Rock & Roll Hall of Fame.

The Rock and Roll Hall of Fame (RRHOF) is a museum and hall of fame located in downtown Cleveland, Ohio, on the shore of  Lake Erie. The museum documents the history of rock music and the artists, producers, engineers, and other notable figures who have influenced its development.

The Rock and Roll Hall of Fame Foundation was established on April 20, 1983. 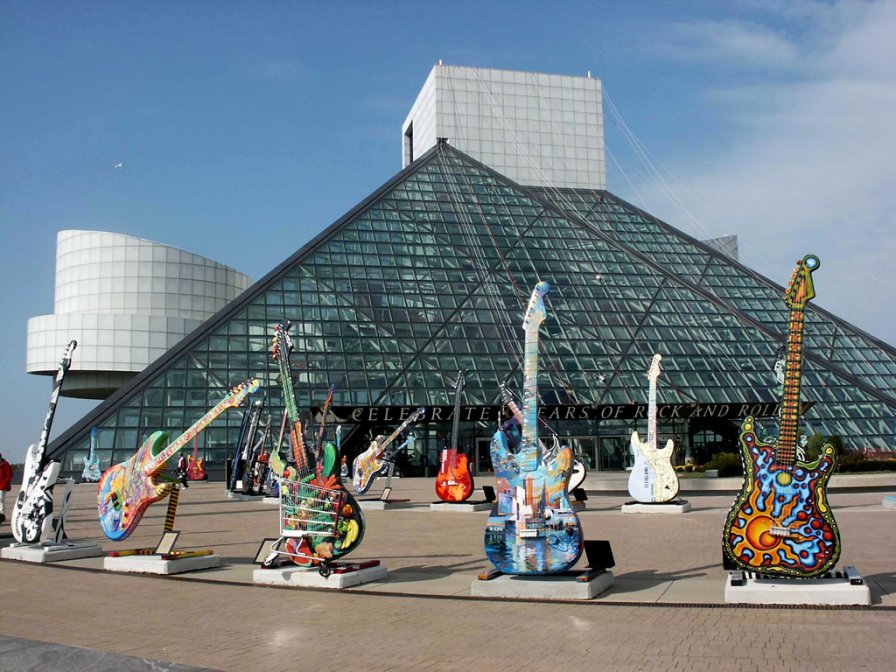