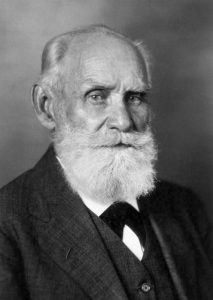 Ivan Petrovich Pavlov was an eminent Russian physiologist and psychologist who devised the concept of the conditioned reflex. He conducted a legendary experiment in which he trained a hungry dog to drool at the sound of a bell, which had previously been related to the presentation of food to the animal.

Pavlov formulated a conceptual theory, highlighting the significance of conditioning and associating human behavior with the nervous system. He was awarded the 1904 Nobel Prize for Physiology or Medicine for his groundbreaking research on digestive secretions.

Ivan Pavlov was born in Ryazan, Russia on the 26 September 1849, the eldest of eleven children. His father, Peter Dmitrievich Pavlov, was a Russian orthodox priest and his mother was Varvara Ivanovna Uspenskaya. As a young child, he suffered a serious injury from a fall, due to which Pavlov spent much of his early childhood with his parents in the family home and garden. There he acquired various practical skills and a deep interest in natural history.

Enrolling at a church school aged eleven, Pavlov continued his education at the university of St. Petersburg where he studied physics, mathematics and natural sciences.

Pavlov developed a strong interest in science and considered the possibility of using science to ameliorate and modify society.

After graduating from St. Petersburg University in 1875, he studied medicine at the Imperial Academy of Medical Surgery under the famed physiologist of the time, Sergey Petrovich Botkin, who taught him a great deal about the nervous system. Pavlov received his medical degree in 1879, earning a gold medal award for his research work.

Pavlov remained in St. Petersburg, conducting postgraduate research and he obtained the position of director of the Physiological Laboratory at Botkin’s clinic.

He married Seraphima Vasilievna Karchevskaya, a teacher, in 1881 and they had five children.

In 1883, he earned his doctorate with his thesis, “The centrifugal nerves of the heart”.

Pavlov also organized and carried out research at the newly founded Institute of Experimental Medicine, which under his direction spanning over four decades, became one of the most important world centers of physiological research. 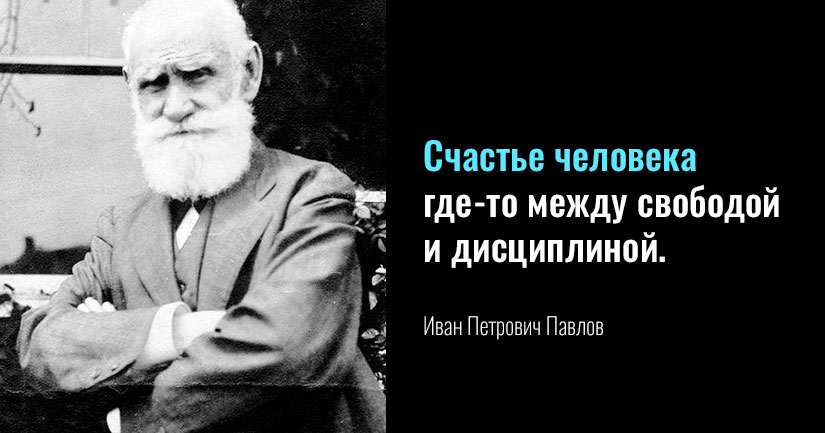 Ivan Pavlov conducted neurophysiological experiments with animals for years after receiving his doctorate at the Academy of Medical Surgery. He became fully convinced that human behavior could be understood and explained best in physiological terms rather than in mentalist terms. The legendary experiment for which Pavlov is remembered was when he used the feeding of dogs to establish a number of his key ideas.

Moments before feeding, a bell was rung to measure the dogs’ saliva production when they heard the bell. Pavlov discovered that once the dogs had been trained to associate the sound of the bell with food, they would produce saliva, whether or not food followed. The experiment proved that the dogs’ physical response, salivation, was directly related to the stimulus of the bell, hence the saliva production was a stimulus response. The continued increased salivation, even when the dogs had experienced hearing the bell without being later fed, was a conditioned reflex.

The entire process is a prime example of classical conditioning, and it is primarily related to a physical and spontaneous response to some particular conditions that the organism has acquired through association. Behaviorist theory has applied these landmark ideas for the explanation of human behavior.

In 1904 he was awarded a Nobel Prize for “in recognition of his work on the physiology of digestion, through which knowledge on vital aspects of the subject has been transformed and enlarged.”

He was elected Academician of the Russian Academy of Sciences in 1907 and in 1915 he received the Order of the Legion of Honor.