What do you know about Harrow School?

Hi, I’m Bogdan. Read about Harrow School, will you?

Harrow School is a public school for boys in Harrow. Harrow  is a large suburban town in Greater London, England. Harrow is home to a large University of Westminster campus and Harrow School.

The School was founded in 1572 by John Lyon under a Royal Charter of Elizabeth I.

The school has about 800 students.They live across twelve boarding houses and all of them board full time.

Harrow is an independent fee-paying school, of the type known in Britain as public schools. The equivalent term in the US would probably be private schools. The annual fees at Harrow are at present £33,285 per year, which includes board, tuition and textbooks. 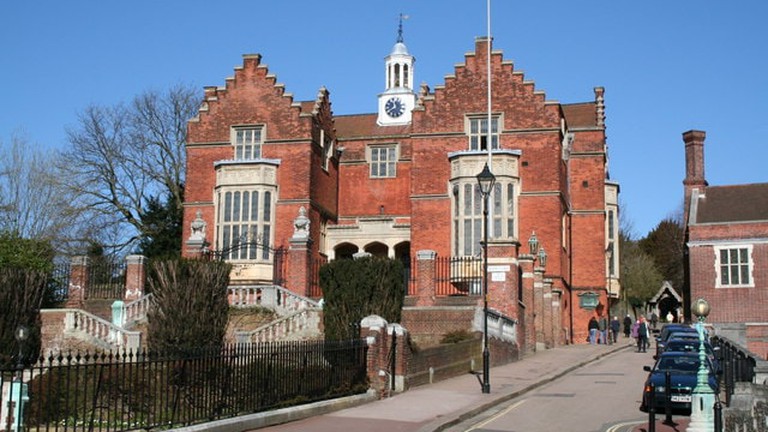 One long-standing Harrow School tradition involves supplying prime ministers to the British government. In total, seven were educated at Harrow, including war-leader Sir Winston Churchill, Sir Robert Peel, the father of British policing, and Spencer Perceval, the only UK prime minister ever to have been assassinated. Harrow is second only to Eton College, which has produced 19 UK prime ministers. India’s first prime minister, Jawaharlal Nehru, was also educated at Harrow. Famous men who went to Harrow include Benedict Cumberbatch, Lord Byron, James Blunt, C. W. Alcock, and John Amery, foreign politicians, former and current members of both houses of the UK Parliament, five kings and several other members of various royal families, three Nobel Prize winners, and others.

Today’s Harrovians are united by strength of character, lasting friendships and the desire to be of good influence.

Harrow School is one of the oldest and most famous all-boys schools in the world. Yes, Eton is older, and yes, Eton invented Eton Mess. But Harrow invented Harrow football, which is far messier than any Eton Mess. 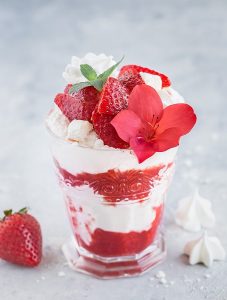 Eton mess is a traditional English dessert consisting of a mixture of strawberries, meringue, and whipped cream. First mentioned in print in 1893, it is commonly believed to originate from Eton College and is served at the annual cricket match against the pupils of Harrow School.

Eton mess was served in the 1930s in the school’s “sock shop” (tuck shop), and was originally made with either strawberries or bananas mixed with ice-cream or cream. Meringue was a later addition. An Eton mess can be made with many other types of summer fruit, but strawberries are regarded as more traditional.

A similar dessert is Lancing mess (which uses bananas), served throughout the year at Lancing College in West Sussex, England.

The word mess may refer to the appearance of the dish, or may be used in the sense of “a quantity of food”, particularly “a prepared dish of soft food” or “a mixture of ingredients cooked or eaten together”.

Harrovians roving the streets of Harrow can be quickly identified by their uniforms. The most common is the ‘day’ uniform, which boys wear to classes. It consists of a white shirt, black tie, ‘greyers’ (the boys’ trousers), black shoes, a ‘bluer’ (dark blue woollen uniform jacket) and the classic Harrow hat. Hats are a Harrow icon. Optional additions include a blue jumper, a dark blue woollen overcoat and the school blue-and-white scarf. Boys are required to doff their hats when they see a ‘beak’ (a teacher), and anyone spotted not wearing theirs in the streets faces punishment. 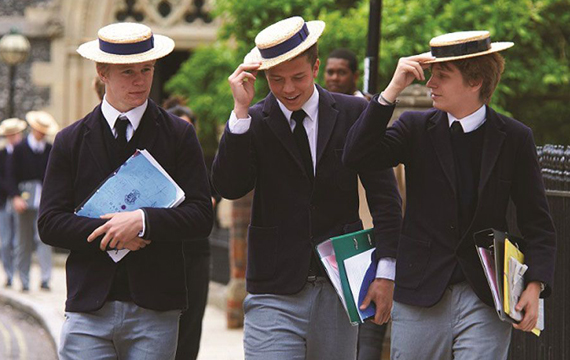 Squash was invented at Harrow

Harrow School has a strong sporting tradition. Squash, or ‘squasher’ as it was originally called, was invented at Harrow in the first half of the 19th century. It developed from another sport called rackets and quickly spread to other schools before becoming an international sport.

Harrow has its own unique version of football

An ancestor of the modern game, Harrow football shares some similarities with football – but there are plenty of differences, too. These include the use of a ball 18 inches in diameter instead of nine, corner throws instead of corner kicks, ‘bases’ instead of goals and base posts, like rugby posts with the crossbar removed, instead of goal posts. Oh, and players can use their hands and arms in certain circumstances, too. 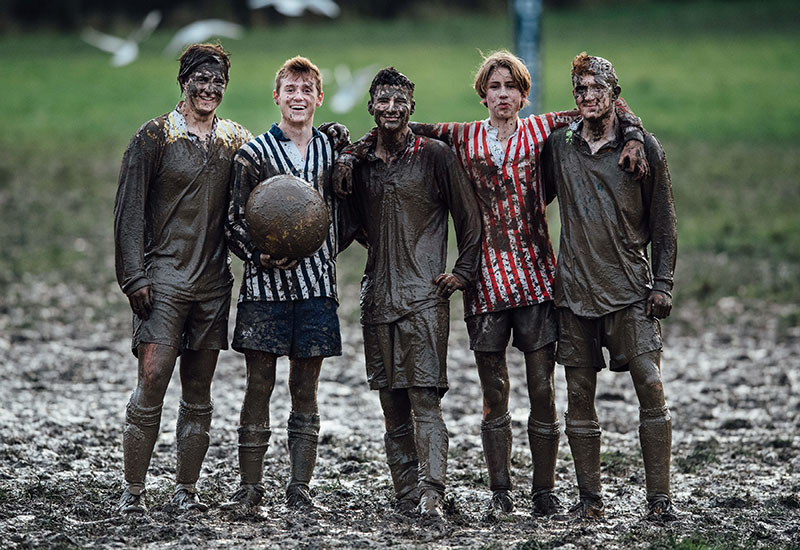 Eton and Harrow compete at cricket

Just like Oxford and Cambridge compete in the annual Boat Race along the River Thames, Harrow School and Eton College go head-to-head every year in a match at Lord’s Cricket Ground. This annual scholastic sporting battle has been taking place since 1805, predating the Boat Race, an encounter which first occurred in 1829 and only became an annual event in 1856.