Ilia Repin was the greatest Russian artist of the Ukrainian origin of the 19th century, when his position in the world of art was comparable to that of Leo Tolstoy in literature. Ilya Efimovich Repin was noted for the sympathetic realism of his genre painting. His portrait art featured country folk, both Ukrainian and Russian, as well as members of the Imperial Russian elite, the intelligentsia, and the aristocracy. He was also an accomplished still life painter.

Ilia Repin is one of the greatest genre-painters in the history of Ukrainian and Russian art. He left a rich artistic heritage. 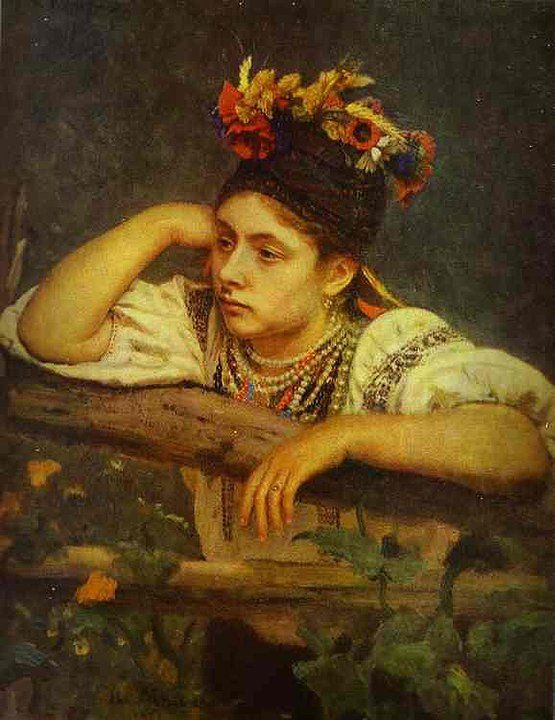 Ilia Repin was born on the 5th of August in 1844 in Chuhuiv, Kharkiv gubernia and died on the 29th of September in 1930 in Kuokkala, Finland.

Repin, an outstanding painter, a full member of the St Petersburg Academy of Arts from 1893, started his career under I. Kramskoi at the Drawing School of the Society for the Support of Artists (1863-1864).

He joined the Peredvizhniki Society in 1878 and the Mir Iskusstva Group in 1890.

For many years he lived in St Petersburg and served as a professor (1894-1907) and the rector (1898-1899) of the Academy of Arts, where his students included the Ukrainian painters  M. Pymonenko, O. Murashko, F. Krasytskyi and S. Prokhorov. Since 1900 Ilia Repin lived in Kuokkala.

A good part of his work consists of genre paintings. Some of the works show his love and  attachment to Ukraine, its people and history. 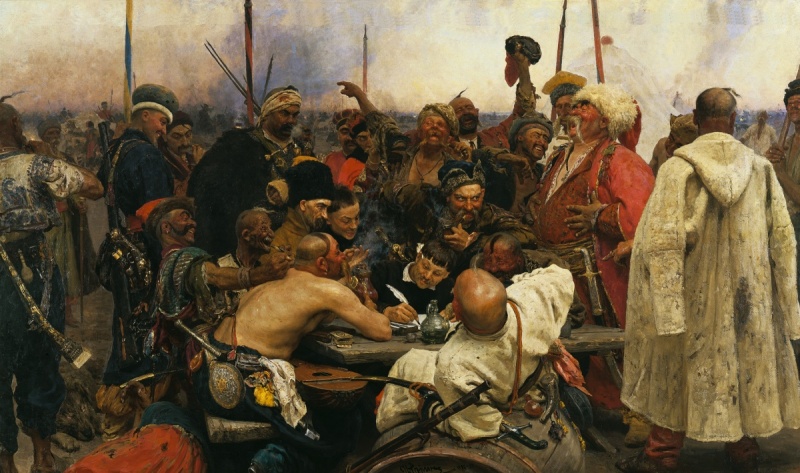 ‘The Zaporizhian Cossaks Write a Letter to the Turkish Sultan’

He also did illustrations for editions of Gogol’s ‘Taras Bulba’ (1872) and ‘Sorochynskyi Yarmarok’ (1882) and for his friend D. Yavornytskyi’s The Zaporizhia in the Remņants of Antiquity and the Legends of the People’.

Although Ilia Repin was a realist, his rich colours and restless lines often produce an almost expressionistic effect. Some of his paintings show the influence of impressionism and symbolism.