Winchester is a city and the county town of Hampshire, England. The city lies at the heart of the wider City of Winchester, a local government district, and is located at the western end of the South Downs National Park, along the course of the River Itchen. 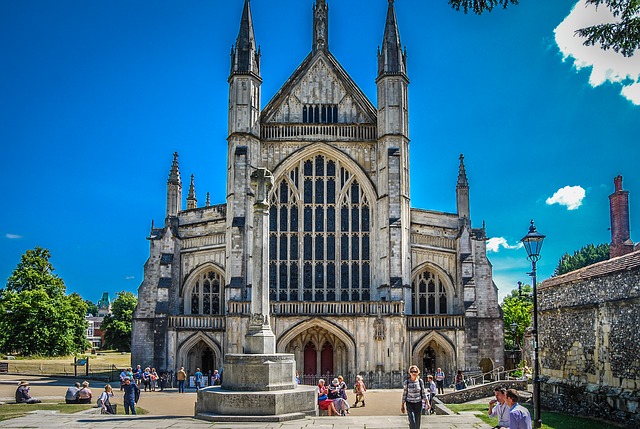 The city is home to the University of Winchester and Winchester College, the oldest public school in the United Kingdom still to be using its original buildings.

Winchester College is one of the world’s most famous and distinguished schools. The school is defined by its motto, Manners Makyth Man. This motto is hundreds of years old but has a surprisingly modern spirit. Its sentiment is that we should be measured not by birth but by our personal qualities, a surprisingly meritocratic sentiment for a school that was founded in 1382.

Winchester has existed for over six hundred years. It has the longest unbroken history of any school in England. It is the oldest of the original nine English public schools as defined by the Public Schools Act 1868.  37% of students go to Cambridge or Oxford.

Winchester College was founded in 1382 by William of Wykeham, Bishop of Winchester and Chancellor to Richard II. The first seventy students from the arisctocrats entered the school in 1394. It was founded with New College, Oxford. Winchester was built to get students ready to attend New College. This was the model for Eton College and King’s College, Cambridge.

The Bishop of Winchester was not only the founder of the school, he was a true innovator in the education business. Thanks to the system developed by him, a well-known British approach to the education of young people has been formed, which in the future will occupy a prominent position in the state and simply succeed in life.

Contemporary Winchester College is still one of the most prestigious secondary education institutions in the UK. The college grounds are spread over 250 acres of scenic grounds. It also includes protected forests, first-class golf courses, and landscaped parks.

Winchester is 110 km from London. The city enjoys excellent transport links and proximity to the country’s main airport. More than 1000 years ago, Winchester had the status of a capital, so it has many historical monuments, landmarks and beautiful architecture.

Winchester College attracts attention not only by the history and high quality of educational services, but also by location. The city in which it is located, once had the status of the capital. The Winchester Castle was the meeting place of the Knights of the Round Table, led by King Arthur. Other attractions are quite a lot in the city. For example, the longest Gothic cathedral in Europe. Learning in Winchester is not only prestigious, but also very interesting. Here you can learn many facts of English history, which you will not find in textbooks.

Today the College educates around 700 boys aged 13 to 18, with the 70 scholars still housed in these medieval buildings. 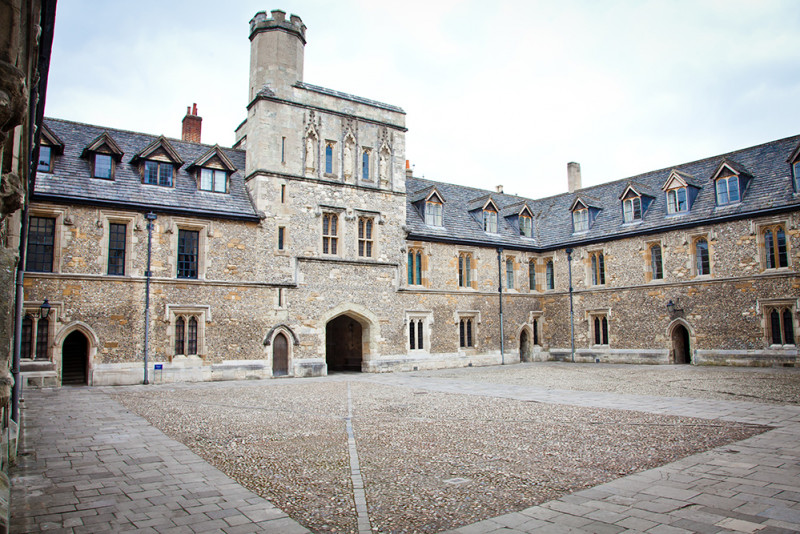 Admission to the College is by guided tour only; these are available all year except between Christmas and New Year. As the College is a working school, some venues may be unavailable due to School use.

Sports provision is diverse, but focused on cricket, tennis and association football. Pupils are given choice as far as possible in their physical education and facilities include a 25m swimming pool.

Today the contingent of pupils is represented mainly by the natives of London, Hampshire, other regions of Great Britain. Foreign students in the school are not more than 20%.

The school is valued for academic rank. Each student of the school is intellectually developed, curious, has an interesting hobby. Many graduates take a decision to receive higher education in England. Priority is Oxford University. Also yesterday’s students of the school easily enter the universities of the Ivy League. Successful results of entrance examinations are often due not so much to the actual level of academic training, but to the sincere love of young men for learning, a passion for studying.

The Ivy League is an American collegiate athletic conference comprising sports teams from eight priviate universities in the Northeastern United States. The term Ivy League is typically used to refer to those eight schools as a group of elite colleges beyond the sports context. The eight members are

Ivy League has connotations of academic excellence, selectivity in admissions and social elitism. 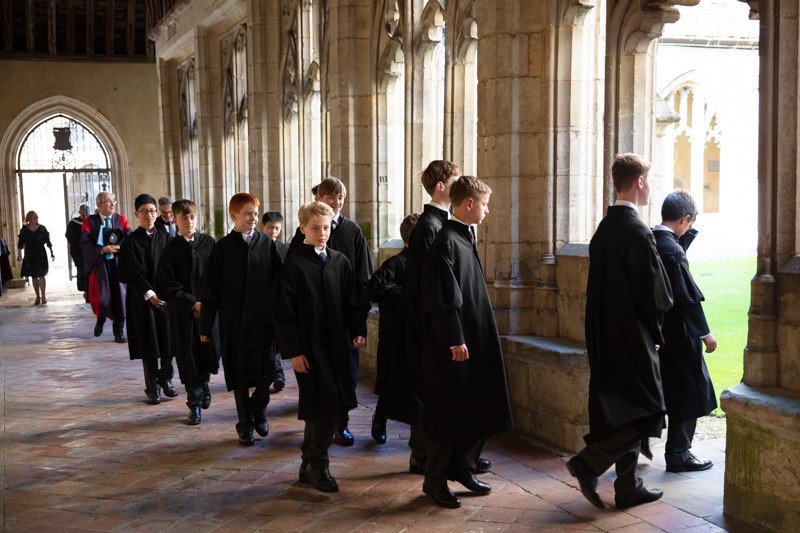 Graduates of the school work in many fields of activity. Among them there are politicians, businessmen, creative personalities, experts in the field of medicine, psychology, pedagogy.

The college belongs to the category of highly selective British boarding schools. It’s very difficult to enter into it. Especially it concerns foreign applicants.