Birmingham is commonly referred to as the nation’s “second city”.

Birmingham is situated in the centre of the upland area in the valleys of three small rivers: the Tame, the Cole, the Rea. These rivers flow into the Trent, a big navigable river.

The name “Birmingham” comes from the Old English Beormingaham, meaning the home or settlement of the Beormingas – a tribe or clan whose name literally means “Beorma’s people” and which may have formed an early unit of Anglo-Saxon administration.

Birmingham is considered a country borough of Warwickshire and a market centre of Black County. Birmingham is younger than the major part of British cities. People do not know the exact date of birth of their town but it is known for sure that it did not exist before Anglo-Saxon time. In the 13thcentury the Midland coal fields influenced its development and growth. In the 19th century the Black County was called Birmingham, it was all due to the intensive activity of the heavy industry. Today its coal is almost worked out, iron ore in no longer melted.

Birmingham is an industrial city. Birmingham’s economy is now dominated by the service sector. There are many modern factories, but its industrial pattern I mostly based on small firms. Birmingham produces brassware, silverware, motor vehicles, electrical equipment, machine tools, metal goods, jewellery, etc.

The city is an international commercial centre, and an important transport, retail, events and conference hub. 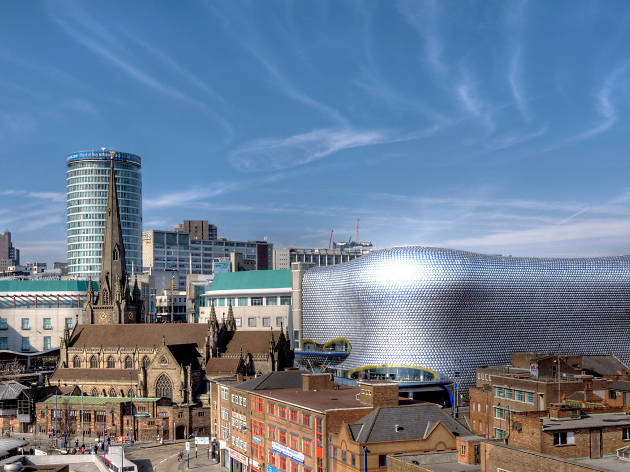 The cultural life is centred there. There are departments of science, arts, medicine, commerce and law at the University of Birmingham. And of course it is an important research centre.

Guests of Birmingham should visit the Birmingham Museum and Art Gallery, which are very famous in the city. They include a good collection of work by the Pre-Raphaelite Brotherhood. Among popular places of interest in Birmingham are the Barber Institute of Fine Arts, St Philip and St Martin Cathedrals, the Concert Hall, the Birmingham Royal Ballet.

Birmingham is the fourth-most visited city in the UK by foreign visitors.