Television And Communication Among Friends and Family

Television And Communication Among Friends and Family

Have Practice in Writing

Do you agree with the following statement?

Television has destroyed communication among friends and family.

Use specific reasons and examples to support your idea.

TV plays a very important part in our life. In some places it is the main source of information. It’s the window on the world which gives us an opportunity to “travel” all over the world. It helps to relax and escape from reality.

I agree with the statement that television has destroyed communication among friends and family. After gadgets appearing people are becoming lazier and read less. That’s why they think less and even talk less. Some people become addicted to television and watch everything broadcast on TV from those silly commercials up to different kinds of shows. Such people are called couch potatoes. They watch TV for the whole day and don’t communicate with their relatives and friends. One more negative aspect is that they may become aggressive after watching so much violence on the screen.

In my opinion it would be great if people spend more of their free time reading books. Reading books people become more intelligent and comprehensively developed. Reading to the mind is like exercise to the body.

In conclusion, I’d like to say that we should spend our free time wisely. Television isn’t bad at all but now it is one of the reasons why people stop developing mentally and spiritually. 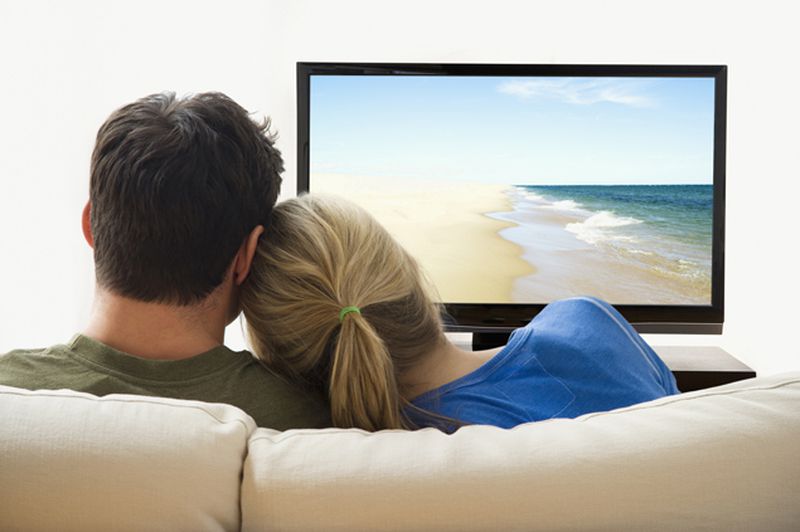 I believe that television positively influences relationships among friends and families, and it also improves communication among people.

In my point of view, television gathered families together. Television provides many programs that family members can watch and have a good time together. For example, when parents and their children watch movies or cartoons at home, they can share their opinions with each other. Furthermore, parents may educate their children and point out which is right or wrong from the content. Thus, television can assist family member to communicate in a positive way.

Moreover, TV programs are one of the most favorite subjects of discussion. When people get together,the most common topic of many conversations may be about TV shows or actors. You can enjoy watching TV with your friends who have the same interest. For instance, one of my friends and I like to watch some western TV series, such as “Gossip girls” and “Friends.” After watching those dramas, we share our ideas and discuss the content every week. As a result, it shows that television can encourage friends to talk to each other more.

Lastly, it is a good way to break the ice when you meet someone who is not familiar with you. When you don’t know or understand a new friend, you may find a common topic from some popular TV shows or programs. Some people may try to talk about dramas or sport games from TV programs. After having some conversations with each other, two of you may become good friends.

What do you think about television and communication among friends and family?