From Lingua Franca to Global English

The status of English today

English has achieved status as the world’s lingua franca through globalisation. English has become the official or dominant language for 2 billion people in at least 75 countries.

750 million people are believed to speak English as a foreign language. English has entrenched as the most common language to communicate scientific, technological, academic, and international trade information. The reason for such an onslaught of English, besides globalization, is a natural course of events: before English infiltrated the world, many of the world’s languages had infiltrated English.

The origin of the term “lingua franca” 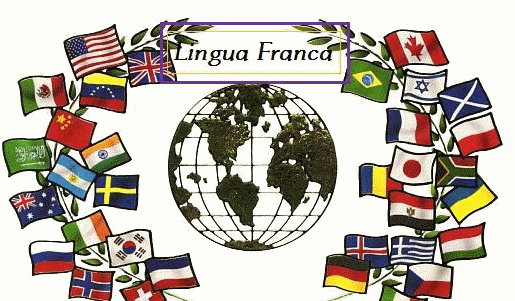 A lingua franca also known as a bridge language, common language, trade language, auxiliary language, or link language is a language or dialect systematically used to make communication possible between groups of people who do not share a native language.

Lingua francas have developed around the world throughout human history, sometimes for commercial reasons (so-called “trade languages”), but also for cultural, religious, diplomatic and administrative convenience, and as a means of exchanging information between scientists and other scholars of different nationalities.

The term “lingua franca” originated in Mediterranean ports in the Middle Ages among traders of different language backgrounds.

Lingua means a language, and franca is the “language of the Franks”. “Franks” was a term that applied to all Western Europeans.

The spread of English Global Language changes other languages and cultures

English has adopted literally hundreds of words from Greek, Italian, Spanish, French, Arabic, Turkish, Persian and other languages. Now contemporary English slings its historically adopted or borrowed words and new pop slang back at the world. English has become a world language spoken internationally and by many people, the language that may function as a global lingua franca.

Language carries culture, and culture carries the entire body of values by which we perceive ourselves, our identification and our place in the world.

On the one hand, English can be called a killer language because it influences other languages and gradually distructs them.

In conclusion I’d like to say that English has the potential to bring people together. I’m sure English will continue to grow thanks to the natural desire of people to exchange goods and ideas.