What do you know about youth cultures?

The term “culture” can be defined as language, dress, beliefs, manners and tastes in food or music of a particular group.

The concept of youth culture appeared in America in the 1950s and spread to Britain in the 1960s. It was a result of the improvement in Western economics, which meant that teenagers had money to spend.

There was the development of music and fashion industries with the orientation to the youth market. New groups of young people dressed in Italian-style and leather clothes appeared. They were called Mods. 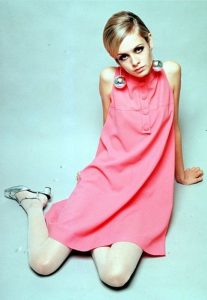 Mod is a subculture that began in London and spread throughout Great Britain and elsewhere, influencing fashions and trends in other countries, and continues today on a smaller scale. Focused on music and fashion, the subculture has its roots in a small group of stylish London-based young men in the late 1950s who were termed modernists because they listened to modern jazz. Elements of the mod subculture include fashion (often tailor-made suits); music (including soul, rhythm and blues, ska, jazz, and freakbeat); and motor scooters (usually Lambretta or Vespa). The original mod scene was associated with all-night dancing at clubs.

In the 1960s and 1970s Hippies appeared. They were young people who were against the materialistic wealth and stressed on spiritual values. They tried to show their protest in wearing unusual clothes, hair or in other ways. These young people usually had long hair and wore second-hand clothes. They liked to say, “Make love, not war”. Hippies were against the Vietnam War and showed their peaceful feelings in their rock songs.

In the mid 1970s punk rock appeared. Punks were not peace loving, but full of hate.There was a great uneployment (especially amoung young people) at that time. Many teenagers blamed the society and in punk movement they expressed their negative feelings. Punks often had brightly coloured hair and wore clothes that could shock people. Later this movement influenced some other aspects of life. For example, Punk became a clothes design style and punk magazines ‘fanzines’, fan clubs, posters appeared. 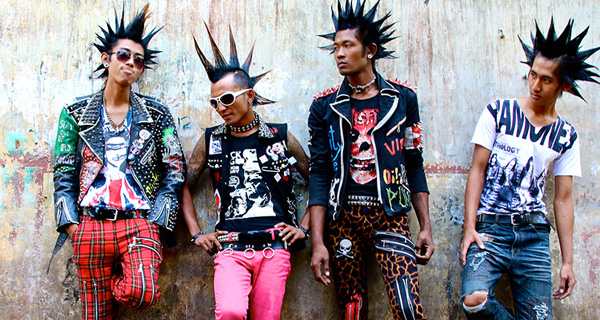 Rap and hip-hop were born in the the 1990s. Rap fashion is big bisiness today. The clothes, sometimes very expensive from Prada and Gucci, and Polo, express a lack of expect for tradition and authority. Rappers wear huge gold necklaces and drive costly cars. There is also a rap language or rather a slang, used by teens. Many rap songs make teenagers believe that money is the most important thing in the world.

An analysis of different youth cultures which have appeared and influenced each other helps to make the following conclusions. Here they are.