Jaime Alfonso Escalante Gutiérrez was a celebrated Bolivian teacher and one of the most famous educators in America during 1980s and 1990s. He began teaching mathematics to troubled students in a Los Angeles school and became famous for leading many of them to pass the advanced placement calculus test.

Born to teacher parents, he realized that his true passion was teaching and following in their footsteps, he became an educator as well. Later, he left Bolivia in search of a better life but upon arriving in America, he learned that his teaching credentials were not sufficient to teach there. So he earned another bachelor’s degree plus an American teaching certificate in order to become an educator.

As a teacher, he strove to bring his kids to their full potential, working with them to help them understand mathematics. He is best remembered as the mathematics teacher at Garfield High School who led a group of students to excel at complex subjects such as advanced algebra, trigonometry, and calculus. A group of his students passed the advance placement exam in calculus for the first time in the history of the school—one of his greatest achievements as a teacher. He saw the potential in his students that other teachers had failed to see before, and pushed them to amazing heights. 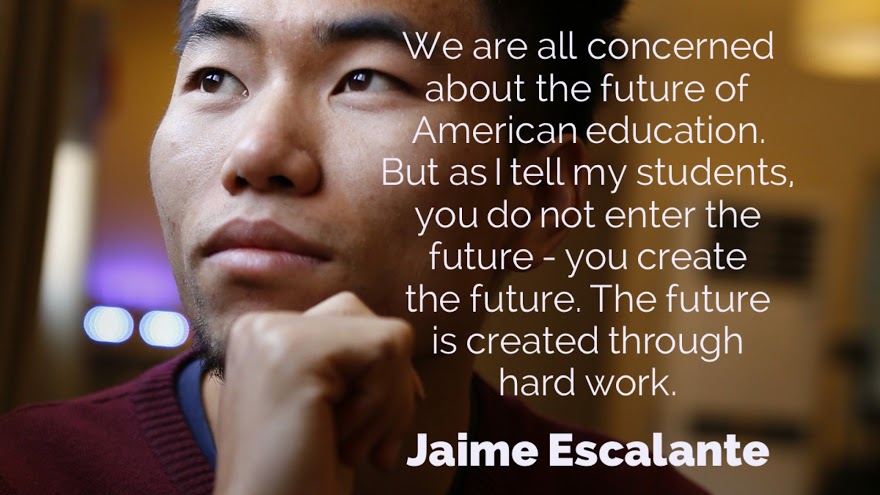 Jaime Escalante was a teacher from Bolivia. He arrived in Los Angeles in 1963. He was 33 years old and he spoke almost no English.

Life was difficult for Escalante in the United States. He couldn’t be a teacher in California. He had to go to college again. It took him many years but he did it. He worked at a restaurant to support his family at the same time.

Finally when he was 43 he started to work at Garfield High School in Los Angeles. This school had a bad name. There were gangs and the students were not doing well. Soon Escalante changed things.

Jaime Escalante worked with his students. He taught them math. He used his own methods, or ways and they worked. The students learned and enjoyed their math. In 1982, fourteen of his students passed an advanced math examination. Nobody believed this. People said the students were cheating. The students wanted to show that they were not cheating. They took the exam again. And they passed again. This was a miracle in a place like Garfield! This was the work of Jaime Escalante.

Every year Escalante produced top class students. People know him as one of the best teachers in America. There is even a movie and a book about him.

1. Jaime Escalante worked in a restaurant to … his family.

2. There were many … at Garfield school.

3. Nobody believed the students passed the exam. This was a … at Garfield!

4. Nobody believed in the results. People said the students were …

5. Jaime Escalante used his own …

Choose the letter of the best answer.

3. People think Escalante is one of the …

Use the Past  Simple 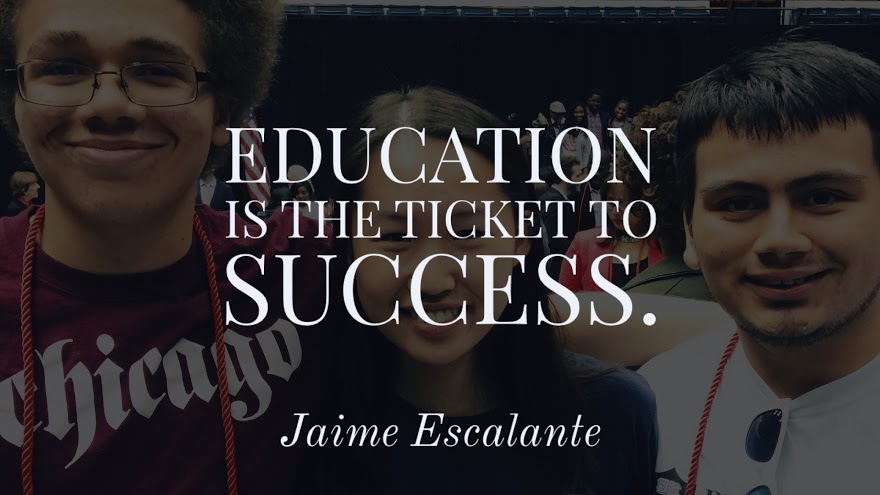 Give your ideas on the topics.