Mother Teresa was a humanitarian. This means she did things to help out other people. Her entire life was fully devoted to helping the poor, the sick, the needy, and the helpless. Mother Teresa was a nun. She never wanted to be famous, but everyone in the world knew who she was.Mother Teresa was born in Uskub, Ottoman Empire on August 26, 1910. This city is now called Skopje and is the capital of the Republic of Macedonia. Her birth name was Agnes Gonxha Bojaxhiu. Her father died when she was eight and she was raised by her mother. Agnes was the youngest of three children. Here mother made dresses to support the family. Agnes’s mother also liked to do charity work, such as visiting the sick. Agnes often went with her, and she enjoyed helping these people. She was a good and religious girl.Even as a child, Agnes wanted to be a nun. She grew up in the Roman Catholic Church  and decided to devote her life to God at an early age. When she turned 18, Agnes joined the Sisters of Loreto to become a missionary to India. Before she could go to India, she had to learn English. She spent a year in Ireland learning to speak English at the Loreto Abbey.A year later, Agnes began her missionary work in Darjeeling, India. She learned the local language, Bengali, and taught at the local school. In 1931, she took her vows as a nun and chose the name Teresa. Then she went to Calcutta to work at St. Mary’s school. The school was in a convent. Sister Teresa lived in the convent and worked at school for 20 years. She eventually became the principal. During all those years, Sister Teresa wasalways concerned about how other people lived. The convent had clean buildings and beautiful lawns. But outside the convent, the streets were dirty and crowded and full of very poor people.

One day in 1946, Sister Teresa was riding on a train to Darjeeling. She looked out of the window and saw dirty children. They were wearings rags and sleeping in doorways. Sick and dying people were lying on filthy streets. She loved her work at school, but she realized that other people needed her help more. At that moment, she believed God sent her a message. She decided to go to work with the poor.

Two years later, Sister Teresa left the convent. First, she went to a hospital to learn to take care of sick people. After three months, she was ready to live with the poor and the sick. She had very little support and, while trying to feed and help the poorest of the poor, she herself was constantly hungry and even had to beg for food.

One day, she saw a group of poor children and called them to her. She told them she was going to open a school. The school had no roof, no walls, and no chairs. On the first day, only five students came. She used a stick to write lessons in the dirt.

Several months later, Sister Teresa had many students. Everyone in Calcutta knew about her. A friend let her use part of his house for the school. She taught the children language and math. She also taught them how to keep clean and stay healthy. Soon, other nuns came to help her. Sister Teresa was happy that they wanted to join her. But she told them that life with her was not easy. She said that everyone had to wear the same clothes – white cotton saris. She wanted all the nuns to look like the poor people in India.

In 1950, Mother Teresa formed a group within the Catholic Church called the Missionaries of Charity. She was their leader, so they called her “Mother” Teresa. The nuns lived in the slums with people who were poor, dirty and sick. It was hard work. But many young nuns came from around the world to join Mother Teresa. When she first started the Missionaries of Charity there were only 13 members. Today, the group has over 4,000 members who care for people all over the world.It wasn’t an easy task to build such an organization and to keep the focus on the poorest people. Mother Teresa opened a place for the sick and the dying. Later, she started homes for children without families. She also started clinics. Over the years, news of her work spread around the world. Many people sent her donations of money. Others came to work with her in India or other places. By 1990, the Missionaries of Charity were working in 400 centres around the world.

Over the years, Mother Teresa received many great awards, such as the Nobel Peace Prize. But she always said her greatest reward was helping people. Her message to the world was, “We can do no great things – only small things with great love.” 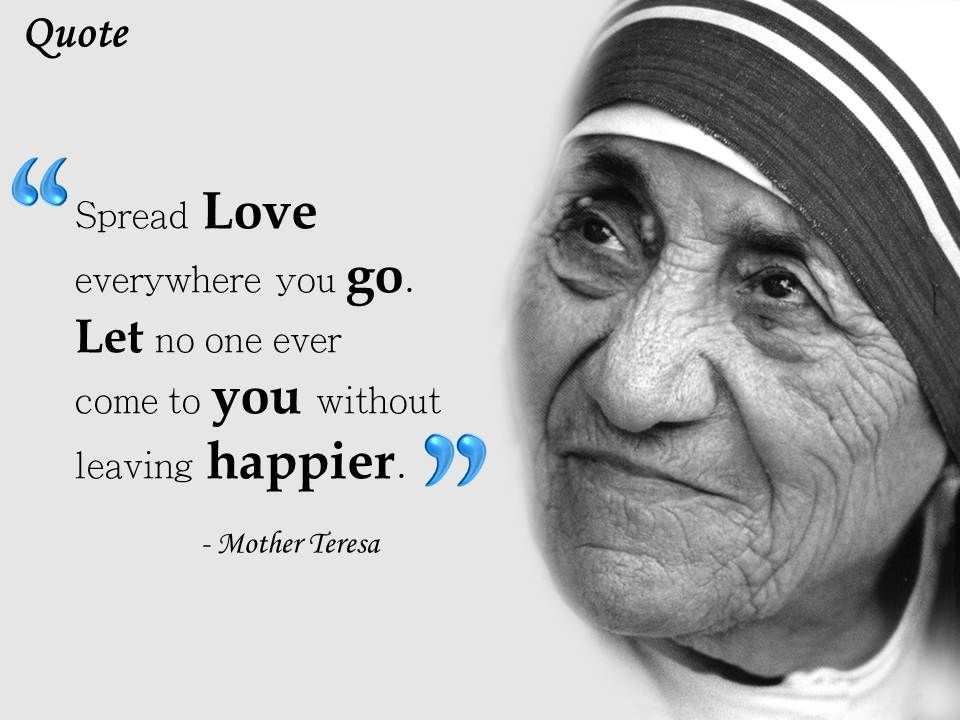 Choose the one best answer A, B, C, D to each question.

1. Mother Theresa became famous because she …

A. started a hospital

B. was a good teacher

C. knew everything about everybody

D. lived her life to help others

3. Sister Theresa lived and worked in the convent in Calcutta for …

4. Right after Sisiter Theresa had left the convent, she …

A. went to hospital to learn to take care of sich people

B. went to Calcutta

C. travelled around the worls to accept awards

5. Sister Theresa decided to work with the poor …

A. when she did charity with her mother

B. when she saw sick and dying people lying on dirty streets

C. when she asked people for help

D. when she opened her school

A. taught religious subjects only

B. was very small and simple

C. wasn’t liked by the people of Calcutta

7. The Missionaries of Charity was …

A. an international organization

B. a local company

D. the group of nuns

8. The nuns who worked with Mother Theresa …

A. wanted to be famous

C. had a very hard life

9. Mother Theresa and her group of nuns wore …

A. old and torn clothing 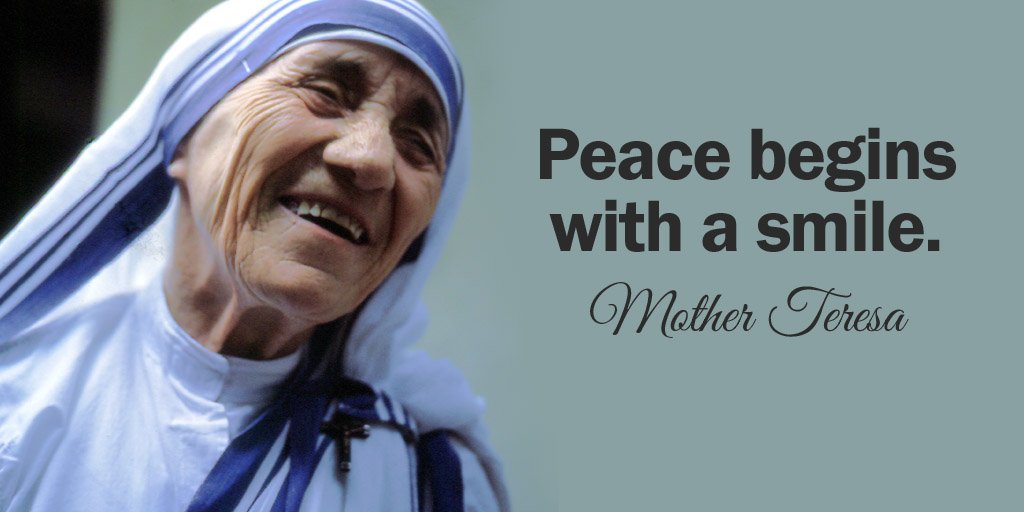 Do you know that …