Do Reading Test 9 Year 7 to develop your reading skills.

The Kyiv Ballet Theatre has received recognition all over the world. Its history began in 1867. Today «The National Opera of Ukraine» (the theatre’s official name) has become the first stage of the state. Almost every day the theatre opens its doors to spectators.

Once the theatre curtain rises, you start to be a part of the magical world. The theatre building and its interior bring some additional charm to this magic. On the «National Opera of Ukraine» stage appeared many famous dancers: Sergey Lifar, Nadezhda Pavlova, Maya Plisetskaya, Marina Timofeeva (The Bolshoy Theatre), Alla
Osipenko, Irina Kolpakova, and Vladimir Malahov from the St Petersburg Kirov Ballet Theatre.

1. The Kyiv Ballet Theatre was built … .

4. … performed on the theatre’s stage.

6. The young generation of dancers … . 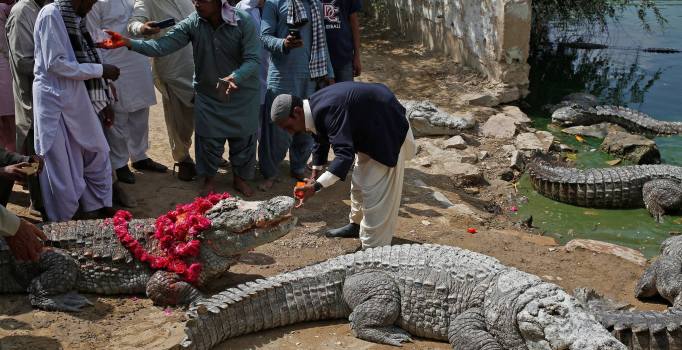 A unique festival in Karachi is the «Crocodile Festival». This is a festival held 1 ___ called Sheedis in Pakistan. It is believed that Sheedis came as 2 ___ .

This festival is held at a shrine in Manghopir, a dry and humid part of Karachi, which dates back 3 ___ .

During the festival the people feed crocodiles and dance and sing. A father takes 4 ___ and dangles it above the jaws of a crocodile. This is done to find blessings for the child.

During this festival people also make pledges to the shrine. These pledges are given to crocodiles. The pledges consist 5 ___ .

When crocodiles accept the meat, it is seen 6 ___ . This suggests that crocodiles will not attack people.

B. by the ethnic group

F. about this festival

G. to the thirteenth century