Lviv is the political, economic, industrial and cultural center in the western part of Ukraine. It is very beautiful with its old buildings, monuments and streets.

Lviv has a rich and interesting history. It was founded in the 12th century but people lived in this place eight thousand years ago.

The famous Halicia-Volynian Prince Danylo founded Lviv and named the town in honour (на честь) of his son Lev.

In 1356 the town received the Magdeburgian Law. Lviv became like a small country and it was good for people.

Lviv has good medical traditions. In 1445 the writers wrote about Vasyl Russyn who was well-known because he made very good medicines.

Now in Lviv there is a very interesting museum – an old pharmacy (аптека). There you can see old bottles with medicines, old pictures and many other interesting things. If you want you may buy something. 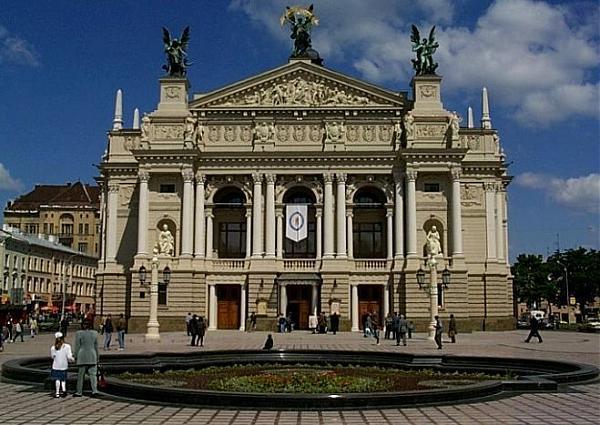 The center of Lviv is very beautiful. There you can see nice old houses, monuments, churches and narrow (вузьки) streets. The old town center is one of the best in Europe.

Lviv is rich in musical and artistic traditions. There are theatres, museums, an art gallery, a conservatoire and art schools there.

Lviv Opera House is very good. The first school theatre in Ukraine was organized in Lviv in the 17th century.

Lviv University is old. It was founded in 1661. There are many universities and colleges in Lviv.

Lviv is one of the most beautiful cities of our country. Go there and you will see it with your own eyes!