Read to know about the political system of Canada

Canada is a self-governing federal state and a member of the British Commonwealth of Nations. The form of the government of Canada is a constitutional monarchy. It is ruled by a parliamentary system but formally the head of the state is the King or Queen of the UK, and the appointed Governor-General is the monarch’s representative who is named by the Canadian Cabinet. However, the Governor-General performs only certain and symbolic tasks and the leading figure in political life of the country is the Prime Minister.

The federal parliament consists of the Senate and the House of Commons. The Senate numbers 104 members. It works about the same way as the British House of Lords. The senators are not elected, they are appointed by the Governor-General on the Prime Minister’s recommendation. Senators have little power because they cannot write new laws. Senators can only approve and reject the laws passed by the House of Commons. Senators can serve until they retire at the age of 75. The head of the Senate is the Speaker. 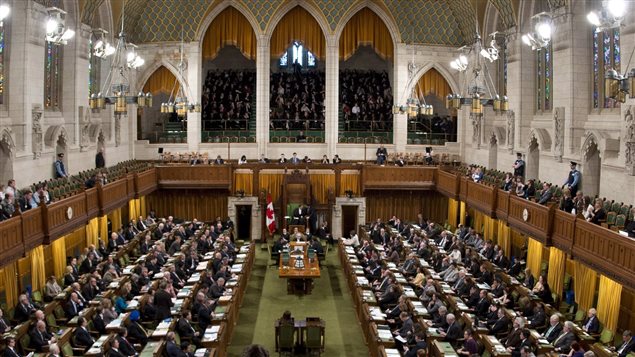 Canada also has many courts. In the courts judges deal with people accused of breaking the laws. The judges are appointed by the Prime Minister. They serve until they retire. As in the USA, people who are unhappy with the judges decision can take their case to a higher court. The highest court in Canada is the Supreme Court. It decides the most important cases in the country.

In all the provinces there is a legislative assembly elected by people for five years. The seat of the Federal Parliament and government is Ottawa, the federal capital. The legislative assemblies and governments of the provinces have their seat in the provincial capitals. In provinces, the sovereign is represented by a lieutenant-governor. The head of the government of a province is called a premier; the head of the government of a territory is called a commisioner. The provincial legislatures are responsible for education, property and civil rights, the administration of justice, the hospital system, natural resources, social security, health and municipal institutions.

Canada’s constitution is partly written and partly unwritten. The main written part of it is the Constitution Act of 1982. It includes the British North America Act of 1867 and its amendments. It also includes the Charter of Rights and Freedoms and laws and judicial decisions. The unwritten part is based on usage and customs, including the Cabinet system of government.

Canada consists of the provinces and territories. 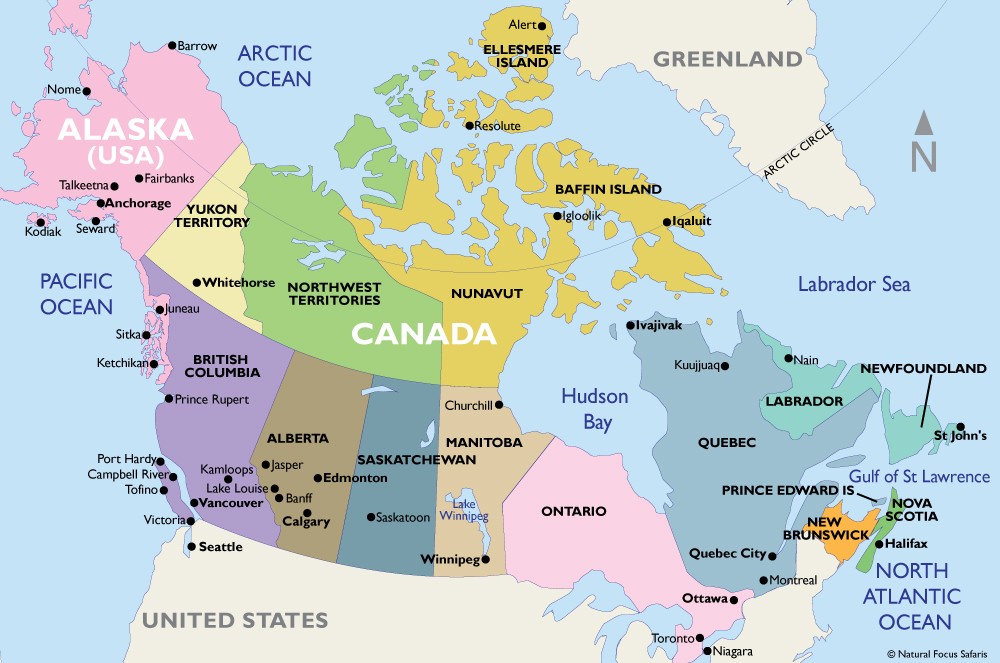