Learn about the state stucture of Ukraine

On the 24th of August 1991 Ukraine became independent. It started building the democratic state. Ukraine became a presidential parliamentary republic. Over a short period a new system of state structure was created.

Acording to the Constitution of Ukraine the state power is divided into three branches: legislative, executive and judicial. The body of the legislative power is the Verkhovna Rada, which consists of 450 deputies.

Each deputy represents an area of the country, that is called a constituency. The elections to the Verkhovna Rada are held every 5 years. Voting is organised in the form of secret ballot and from the age of 18.

The Verkhovna Rada is headed by the Chairman and is responsible for making laws. It has special committees, which discuss and introduce bills for debating at parliamentary sitting. It discusses the questions connected with the State Budget and adopts the Budget of the coming year.

The head of the country is the President who is elected for 5 years. The executive power is headed by him.

The main body of the executive power is the Cabinet of Ministers. It is formed by the Heads of Ministries: Minisry of Economics, Finance, Defense, Justice, Agriculture, Health, Education and Science, Youth and Sports and others. The Head of the Cabinet  who is also called the Prime Minister, is appointed by the President but the appointment must be approved by the Verkhovna Rada. The Prime Minister is responsible to the President and the Verkhovna Rada.

The judicial power is represented by the Supreme Court and the Constitutional Court, nominated by the Verkhovna Rada. There are also local and regional courts. The people have opportunity to directly participate in the realization of justice through people’s assessors and jurors. The Courts watch over the executive and legislative powers. The Constitutional Court has the right to declare laws and actions of the government unconstitutional.

Speak about the state structure of Ukraine.

Task 1. Find the word that does not go with the others in meaning.

Task 2. Match the questions with the answers.

a. It is a sovereign, democratic republic.

b. Yes, by the Article 10 of the Constitution.

d. Defence of their Motherland, respect for the state symbols, paying taxes.

e. No, he must be a citizen of Ukraine, and must be at least 21 years old.

f. It’s the highest body of the executive power. 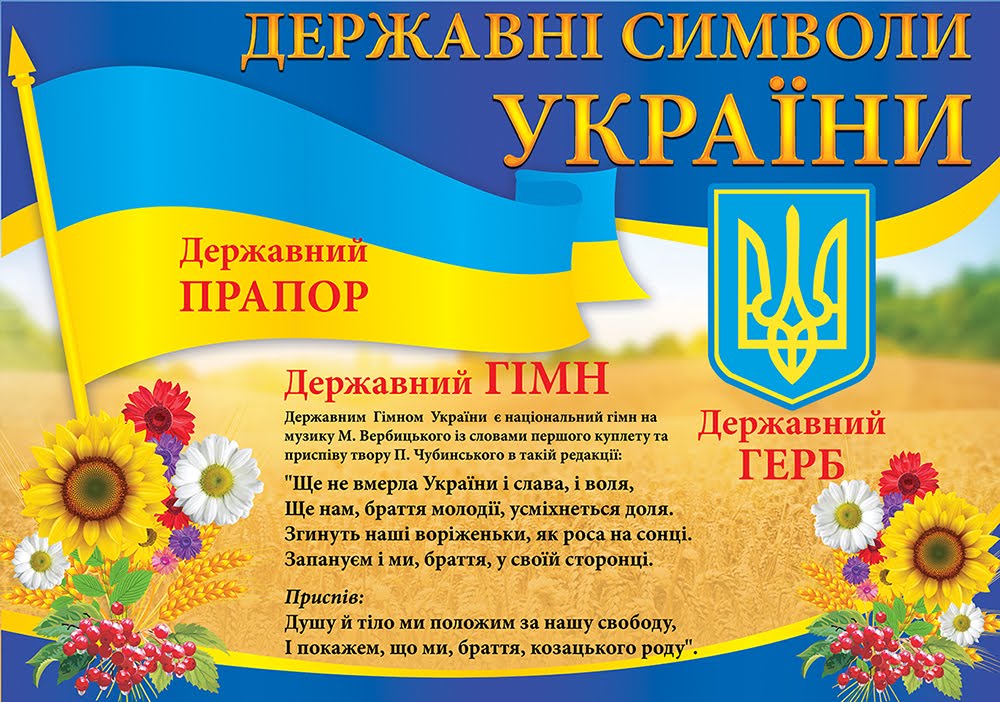 Task 3. Fill in the gaps with the words below. There are two extra words in the list.

The Anthem of Ukraine is of quite recent origin. The poem of the scientist and poet Pavlo Chubinskyi was ___11___ in 1863 by the Lviv journal “Meta”, and in the same year it was set to music by the Galician composer Mykhailo Verbitskyi. In 1917 the song was officially ___12___ as the anthem of the Ukrainian state.