Maxim has prepared a project about Sweden. This time his presentation is about Swedish food. If you visit Sweden, you’ll know what to try.

Sweden’s climate and location are largely responsible for the development of its cuisine. Early inhabitants stocked food supplies to prepare for the start of the country’s long, cold winters by preserving meat, fish, fruits, and vegetables.

Surrounded by water on almost all sides, it is no surprise that Swedes love seafood, especially salmon, which is typically smoked, marinated, or cured with dill and salt. (No other country seems to surpass Sweden in the number of ways fish is prepared.) Herring, another popular catch, is prepared in just as many ways, and is often eaten alongside breads, cheese, and eggs for breakfast. Crayfish and eel are also enjoyed. 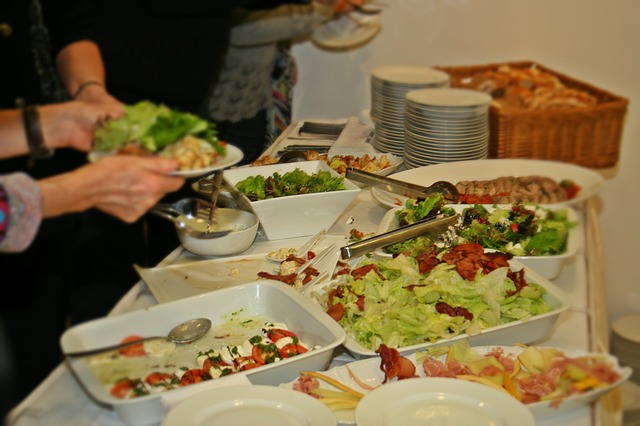 The Swedish smörgåsbord, perhaps Sweden’s best known culinary tradition, has specific customs to follow. Despite the meal’s pick-and-choose display, dishes should be eaten in a specific order. It is most appropriate to begin with herring and other fish, followed by cold meats, salads, and egg dishes. Next, hot dishes such as Swedish meatballs and cooked vegetables should be selected. Fruit salad or ostkaka (cheese-cake) may be eaten last. A clean plate should be used with each new trip to the food table, but diners take only small portions, since wasted food is considered impolite.

The Swedes feast on traditional foods that are unique to the Easter season. Halibut or salmon are the typical entrées of choice on Good Friday, with the main meal on Easter Sunday being lamb and hard-boiled eggs, often decorated with food coloring and designs. Shrove Tuesday, the last day before Lent, is traditionally observed by eating semlor , a cream- and almond-filled bun floating in a bowl of warm milk. 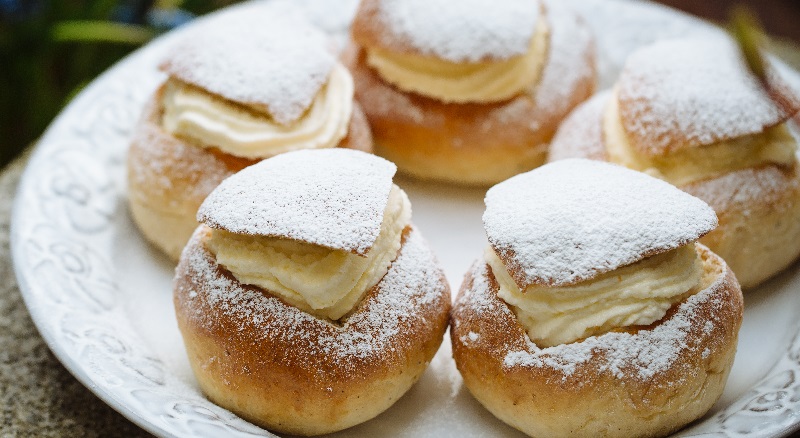 The most typical and basic Swedish dish, is the pickled herring.

The pickled herring comes with different flavors such as onion, garlic, dill and mustard, often served with potatoes, sour cream and at times, boiled eggs.

Raggmunk is a Swedish potato pancake that is fried in butter and is usually served with fried pork or the well-known Swedish lingonberries.

The month of August is the time to eat shellfish and crayfish. From the 1500s, crayfish was a popular dish among the upper-class citizens. Crayfish is served as the main course with lobster for a seafood celebration, the so called crayfish party.

The typical Swedish way to eat chives and sour cream is together with fresh potatoes and salmon or pickled herring as a traditional lunch.

This is a typical delicious Swedish dish. lt is either served with macaroni or mashed potatoes along with cream sauce and lingonberries.

They are served with cream and jam.

Each country has their own specialty when it comes to cakes and pastries, and Sweden has its own green princess cake topped with a bright pink sugar rose.

Saffron buns are typically served during the Christmas season.

The cinnamon bun can be served year-round in Sweden and is most often paired with a coffee during the morning or for special occasions.