Hi! I’m Diana. Making a project about Fleet Street, I read about the Cheshire Cheese tavern popular with journalists and writers and got interested in Cheshire cheese.

Domesday Book is a manuscript survey designed to record everything that people owned in England and parts of Wales completed in 1086 by order of King William the Conqueror (the winner of the Battle of Hastings) so that William could determine how much money in taxes he could raise and to give William a better sense of the territory he had just conquered.

Taste a slice of Cheshire Cheese and you will grin like the Cheshire Cat!

The Cheshire Cat is a fictional cat popularised by Lewis Caroll in Alice’s Adventures in Wonderland and known for its distinctive mischievous grin. One of its distinguishing features is that from time to time its body disappears, the last thing visible being its iconic grin. 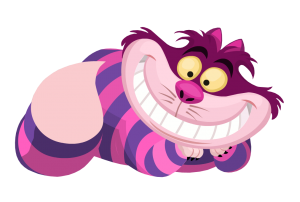 There are some theories about the origins of the phrase “grinning like a Cheshire Cat” in English history.

The first known appearance of the expression in literature is in the 18th century.

Cheshire is not only the most literary cheese in England, but the oldest. It was already manufactured when Caesar conquered Britain, and tradition is that the Romans built the walled city of Chester to control the district where the precious cheese was made.

It has long been one of England’s favorite cheeses. Farmhouse Cheshire cheese is always made from raw (unpasteurized) cow’s milk, and while true Farmhouse Cheshire must be made from milk produced by the Friesian cattle in the Cheshire area … the color, size, shape and aging are not regulated. 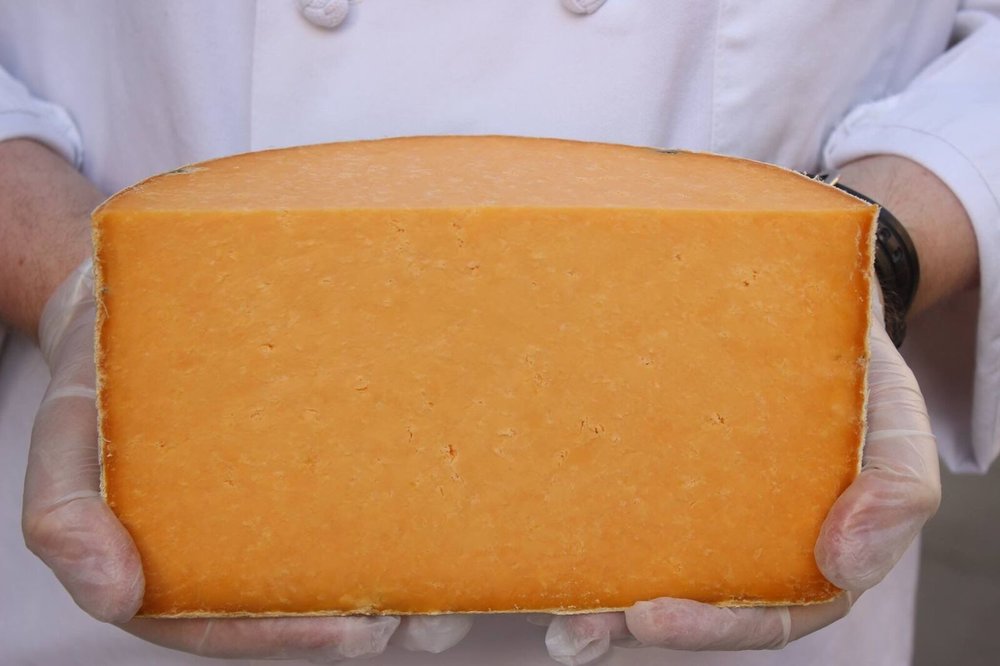 Cheshire was the most popular cheese on the market in the late 18th century. In 1758 the Royal Navy ordered that ships be stocked with Cheshire and Gloucester cheeses. By 1823, Cheshire cheese production was estimated at 10,000 tonnes per year; in around 1870, it was estimated as 12,000 tons per year.

Until the late 19th century, the different varieties of Cheshire cheeses were aged to a sufficient level of hardness to withstand the rigours of transport (by horse and cart, and later by boat) to London for sale. Younger, fresher, crumbly cheese that required shorter storage — similar to the Cheshire cheese of today — began to gain popularity towards the end of the 19th century, particularly in the industrial areas in the North and the Midlands. It was a cheaper cheese to make as it required less storage.

Sales of Cheshire cheese peaked at around 40,000 tonnes in 1960, subsequently declining as the range of cheeses available in the UK grew considerably. Cheshire cheese remains the UK’s largest-selling crumbly cheese, with sales of around 6,000 tonnes per year.

The county remains an important centre for cheese and holds the Nantwich International Cheese Awards.