Stratford-upon-Avon, commonly known as just Stratford, is a market town in the county of Warwickshire, England, on the River Avon, 91 miles (146 km) north west of London, 22 miles (35 km) south east of Birmingham and 8 miles (13 km) south west of Warwick.  The population is more than 27 thousand people.

Stratford-upon-Avon lies at the very heart of England. It attracts people not only by its history and connection with William Shakespeare, but also by its wonderful nature and typical English character. The town receives approximately 2.5 million visitors a year.

Stratford stands on the river Avon and is one of the oldest market towns. It has still preserved its own character and atmosphere, as you will not see modern buildings there. The houses are small and lot of them are very old. Some of them date back to Shakespeare’s time. 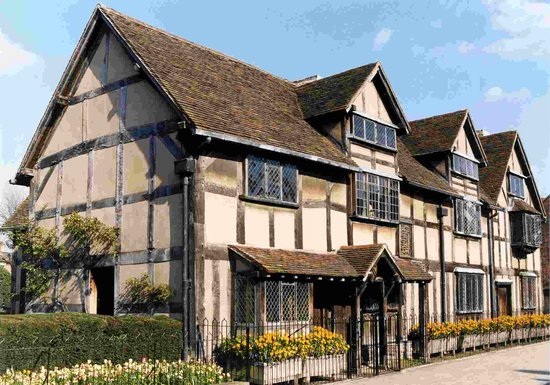 Shakespeare’s birthplace is a lovely two-story, half-timbered complex, its interior unaltered and reflecting the residential lifestyle of a lower middle-class family in the second half of the 16th century. The rooms have been carefully arranged with period furniture. 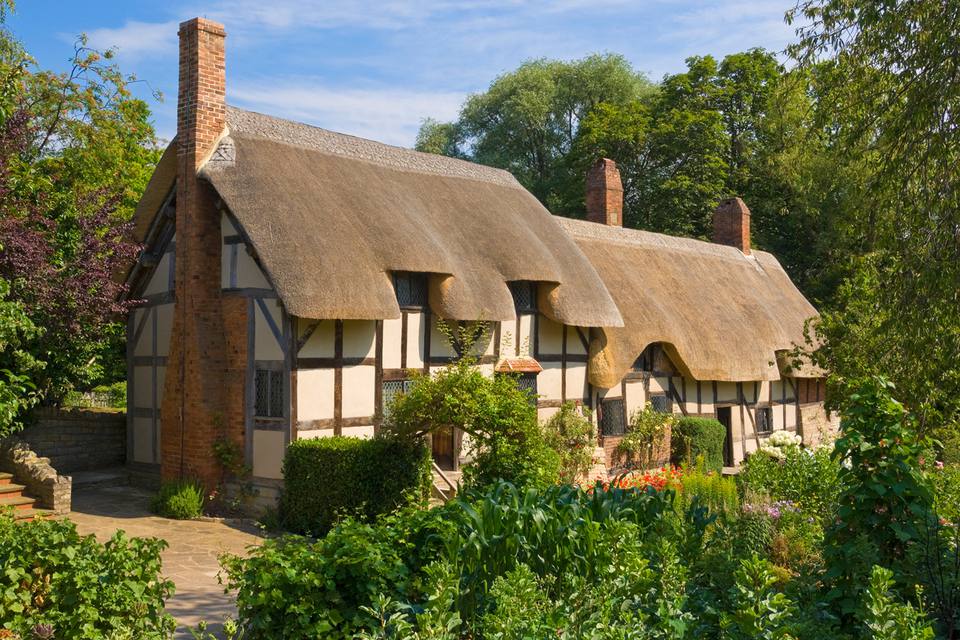 Anna Hathaway’s cottage is situated in Shottery, a pleasant one-mile stroll west of the town center. A brick building with half-timbering, a thatched roof, and delightful garden, this picture-perfect country house remains almost exactly the same as it was when Shakespeare won the hand of his wife, Anne. Until 1899, descendants of the Hathaway family inhabited the property. A lovely park has been laid out behind the garden containing examples of each of the trees mentioned in Shakespeare’s works.

Named after Thomas Nash, first husband of Shakespeare’s granddaughter Elizabeth, Nash’s House is a well-preserved Tudor building furnished as it would have been in that period. Next door are the foundations of New Place, bought by Shakespeare in 1597 and where he died in 1616. It’s also where he wrote later works such as The Tempest. There is Knot Garden there, with many fine sculptures and displays.

Just round the corner there is the grammar school that Shakespeare used to attend. 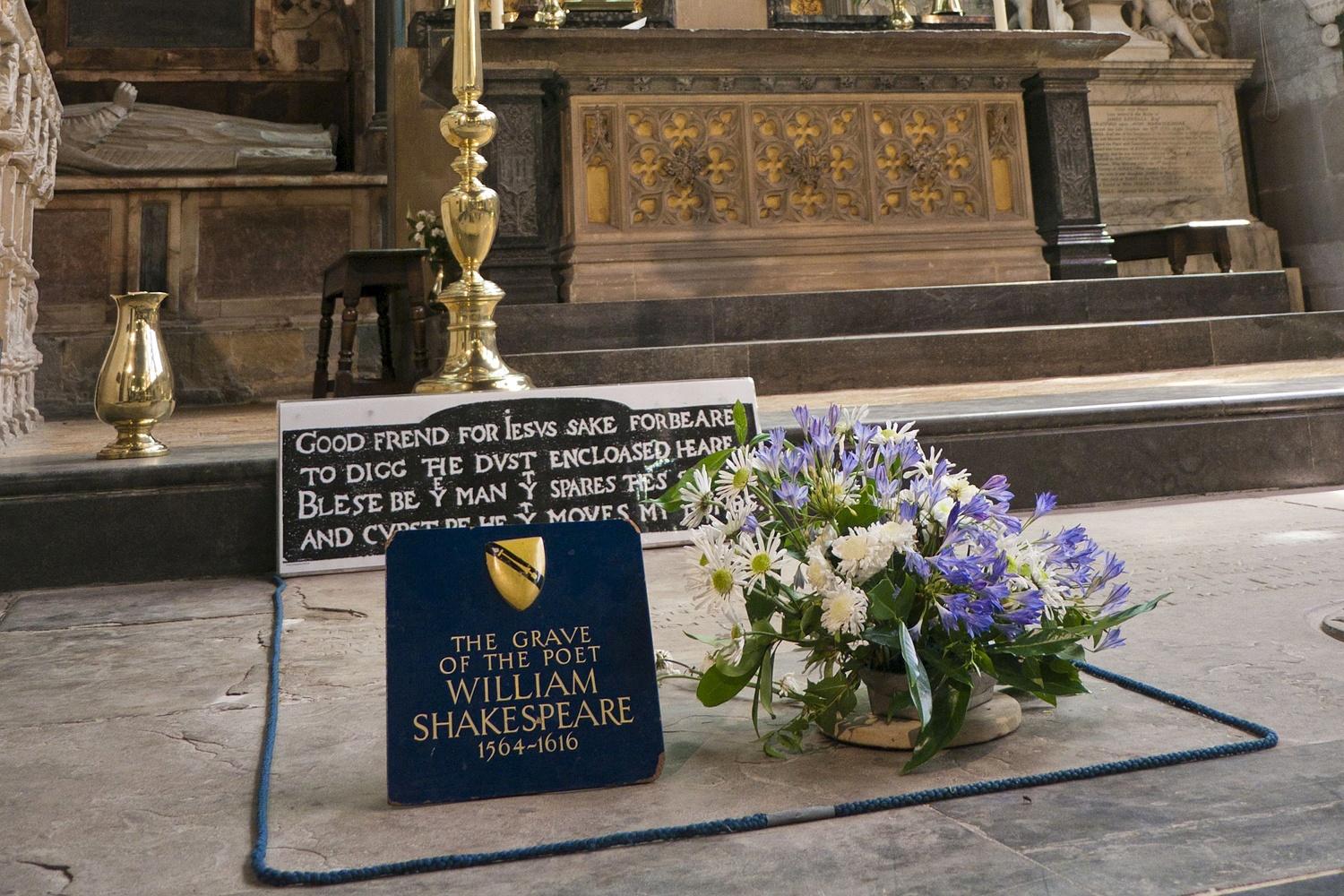 Here in Stratford there is the Holy Trinity Church where William Shakespeare is buried. Thousands of people from all parts of England and foreign visitors come here on Shakespeare’s birthday (23rd April) to pay tribute to the great poet.

Among other sights connected with the name of Shakespeare there is an interesting monument with a statue of the great poet on top and with characters from his plays round it. 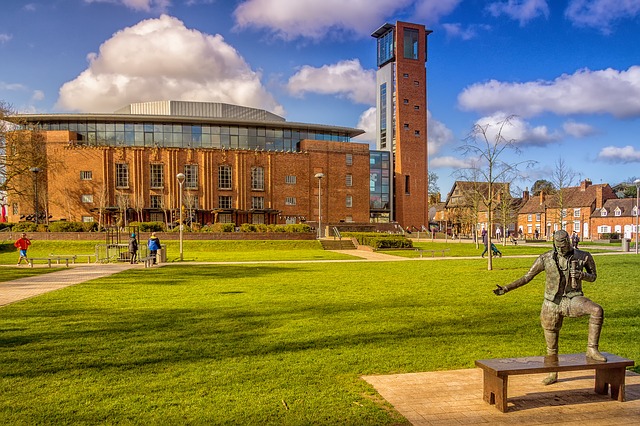