From the History of Skateboarding

Skateboarding the fastest growing sport, was probably born sometime in the late 1940s, or early 1950s,when surfers in California wanted something to do when the waves were flat. This was called “sidewalk surfing” – a new wave of surfing on the sidewalk as the sport of surfing became highly popular. No one knows who made the first board; it seems that several people came up with similar ideas at around the same time. The first skateboards started with wooden boxes, or boards, with roller skate wheels attached to the bottom. Then the boxes turned into planks, similar to the skateboard decks of today.

The first manufactured skateboards were ordered by a Los Angeles, California surf shop. The shop owner, Bill Richard, made a deal with the Chicago Roller Skate Company to produce sets of skate wheels, which they attached to square wooden boards. Skateboarding was originally denoted “sidewalk surfing” and early skaters emulated surfing style and maneuvers, and performed barefoot.

By the 1960s a small number of surfing manufacturers in Southern California such as Jack’s, Kips’, Hobie, Bing’s and Makaha started building skateboards that resembled small surfboards, and assembled teams to promote their products. One of the earliest Skateboard exhibitions was sponsored by Makaha’s founder, Larry Stevenson, in 1963 and held at the Pier Avenue Junior High School in Hermosa Beach, California. Some of these same teams of skateboarders were also featured on a television show called “Surf’s Up” in 1964, hosted by Stan Richards, that helped promote skateboarding as something new and fun to do. 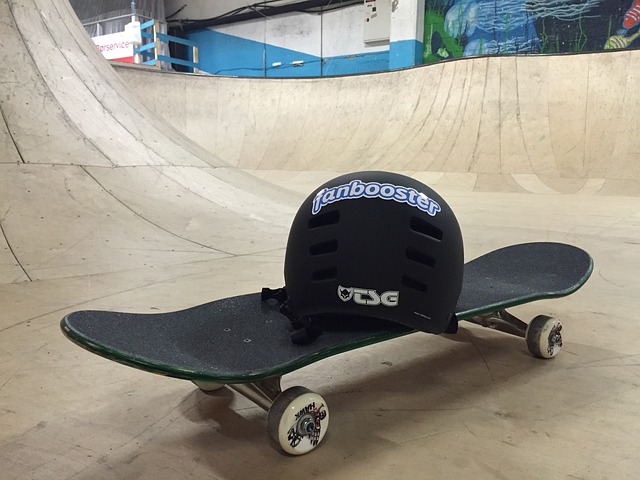 Today’s skateboarders are founders in this sport—they’re pioneers—they are the first. There is no history in Skateboarding—its being made now—by you. The sport is being molded and we believe that doing the right thing now will lead to a bright future for the sport. Already, there are storm clouds on the horizon with opponents of the sport talking about ban and restriction.

The first broadcast of an actual skateboarding competition was the 1965 National Skateboarding Championships, which were held in Anaheim, California. Because skateboarding was a new sport during this time, there were only two original disciplines during competitions: flatland freestyle and slalom downhill racing.

One of the earliest sponsored skateboarders, Patti McGee, was paid by Hobie and Vita Pak to travel around the country to do skateboarding exhibitions and to demonstrate skateboarding safety tips. Several popular television programs helped make skateboarding even more popular at the time. Some other well known surfer-style skateboarders of the time were Danny Bearer, Torger Johnson, Bruce Logan, Bill and Mark Richards, Woody Woodward, & Jim Fitzpatrick.

The growth of the sport during this period can also be seen in sales figures for Makaha, which quoted $10 million worth of board sales between 1963 and 1965. By 1966 a variety of sources began to claim that skateboarding was dangerous, resulting in shops being reluctant to sell them, and parents being reluctant to buy them.  The popularity of skateboarding dropped and remained low until the early 1970s.

Some Interesting Facts about Skateboarding

Skateboarding Takes Off in California.

Early Wheels Were Made of Metal or Clay. 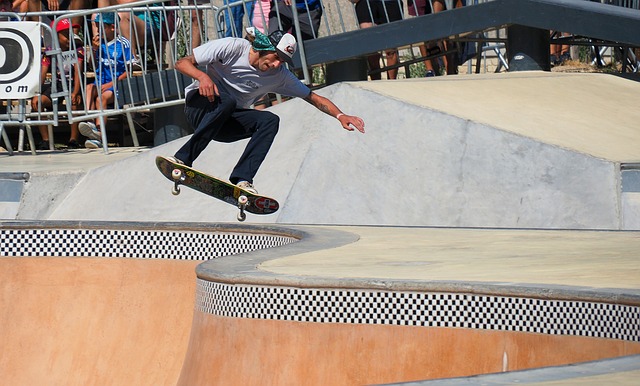 The Ollie Is Invented. One of skateboardings’ most popular tricks, the ollie, was invented in 1978 by Alan “Ollie” Gelfad. This is generally one of the first trick a new skater tries to perfect. Before popular skate-parks were built, skateboarders often used empty swimming pools to practice their sport.

Skateboarding Becomes an Olympic Sport. In 2016 the International Olympic Committee announced that skateboarding will be officially included in the 2020 Olympic Games in Tokyo. This is a major milestone for the sport.

Skateboarding is Safe. Skateboarding is relatively safe and has far less injuries than sports like baseball, basketball, football and soccer. Those injuries that do occur are normally people new to the sport and more often than not, they are not wearing the correct safety equipment. Wrist injuries are the most common injuries associated with the sport.

Norway Banned Skateboarding for 11 Years. Despite the relative safety of the sport, Norway decided to ban skateboarding completely from 1978 to 1989. Safety of the riders as well as pedestrians was the reason they gave. While the ban was in place, skateboarders simply took their sport underground. After lifting the ban, the sport boomed. Noway went on to host the X Games or Extreme Games, featuring skateboarding.

Skateboarding Can Make You Rich. There are many millionaires that owe their wealth to the sport of skateboarding. Most notable of these is the famous Tony Hawk. Despite retiring from the sport many years ago, Tony is still worth over $120 million. His fame and success with the sport even lead to an invitation to the White House to meet the President.