Diana has prepared an interesting information about Easter in Luxembourg.

The way in which Luxembourgers celebrate Easter involves traditions shared with other countries, such as the religious aspect or the symbol of the rabbit and eggs, but there are also some specifically Luxembourgish traditions: Klibberen, the custom of Jaudes, the lovers’ egg, the Émaischen and Péckvillercher.

According to legend, the church bells fly off to Rome after mass on Holy Thursday to receive the Pope’s Easter blessing.

To take their place until their return and to call the faithful to religious services, children and young people (often members of choirs) go around the villages with their Klibber (rattle), a small percussion instrument made of wood, with a toothed reel that strikes a flexible wooden strip as it turns, and sing the Klibberlidd (rattling song): ‘Dik-dik-dak, dik-dik-dak, haut as Ouschterdaag‘ (dik-dik-dak, dik-dik-dak, today is Easter day). 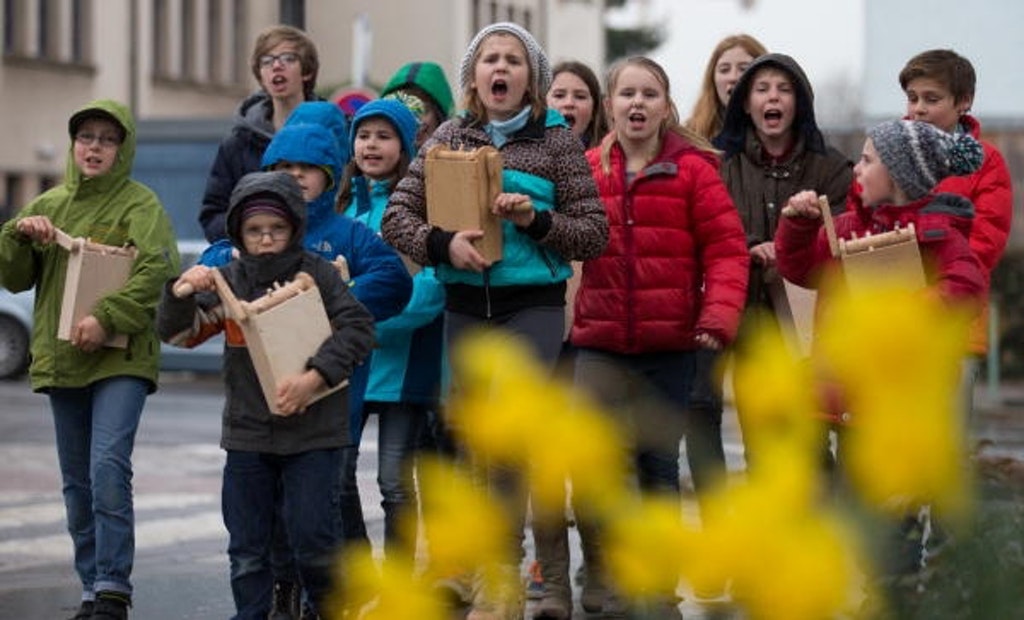 As a reward, the youngsters are given Easter eggs and sometimes money by local people on the morning of Easter Sunday.

The custom of Jaudes (celebration of the Dog Rose) is a custom local to Vianden, an Ardennes town in the north of the Grand Duchy of Luxembourg, celebrated on Good Friday.

‘Jaudes’ refers to both the festival and to a bouquet of wild rose thorns, paper flowers, ribbons, etc. According to custom, after completing their bouquet, boys from Vianden go to their neighbourhood at noon and burn their Jaudes.

This custom, celebrated since the Middle Ages, is inspired by the Apostle Judas. Its purpose is to show the people’s disapproval of the apostle who betrayed Jesus and whose fate was to be condemned, symbolically, to hell.

The Pretzel and the lovers’ egg

Women who received a pretzel on the Bretxelsonnden (Pretzel Sunday) are supposed to give an Easter egg in return on Easter Sunday as a sign of their love.

On Easter Monday the traditional ‘Éimaischen‘ (Feast of Emmaus) takes place. It is a folk festival celebrated in the old quarter of Luxembourg City (Place du Marché-aux-Poissons and surrounding area) and in the village of Nospelt.

Etymologically, the Éimaischen recalls the march of Jesus Christ’s disciples to Emmaus, the Palestine village near Jerusalem where Christ appeared to two of them before His Resurrection.

The origin of the Éimaischen as the potters’ market in Luxembourg City dates back at least to the 19th century. For a long time, Easter Monday coincided with the Potters’ Guild celebrations.

The first written reference to the Éimaischen dates from 3 April 1827, when it was decided to move the St. Michael’s Church Fair to the Marché-aux-Poissons.

After being suspended during the First World War, the old tradition of the Éimaischen was revived by the Alstad committee as from 1938. Since 1957, the festival has also been celebrated in Nospelt. 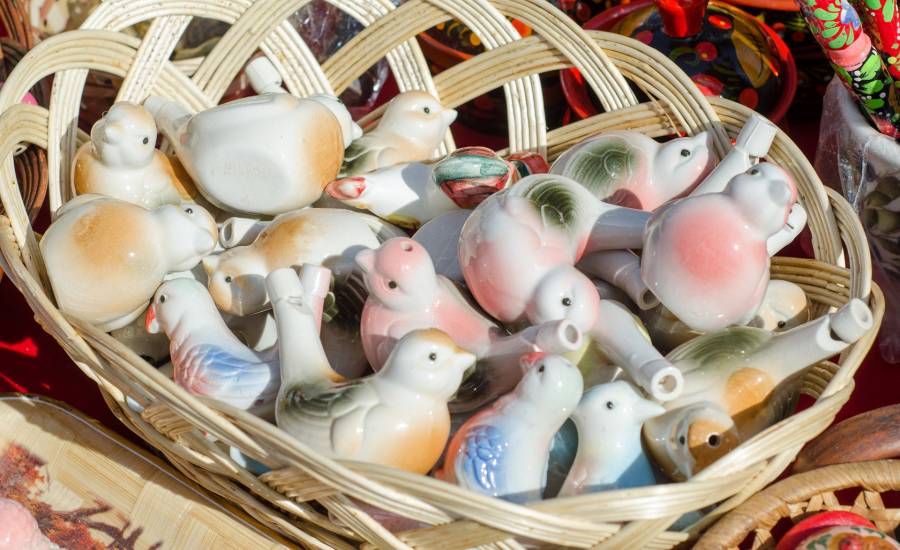 The Éimaischen is best known for its Péckvillercher, a sort of terracotta bird, a typically Luxembourg artefact, which makes a sound that can easily pass for the cry of the cuckoo.

Over the years, the ‘Éimaischen‘ has become a meeting place, not only for potters but also for craftsmen of all kinds, enhanced by the presence of folk groups and opportunities for eating out.