Do Reading Test 2 Year 8 to develop your reading skills.

Sometimes regarded as the German J. K. Rowling, Cornelia Funke finished the University of Hamburg and after graduation studied book illustration at a design college. She began a career as a book illustrator and game designer, but lost interest in the work after a few years.

As a young girl, Funke had been a lover of fantasy — the works of J. R. R. Tolkien, C. S. Lewis, and J. M. Barrie — and decided, at the age of 28, to write her own books. During the 1980s and early 1990s, she became a rather well­known author of children’s books in her native Germany, but her success came in 1997 when «Dragonrider» and later «The Thief Lord», both huge successes in Germany, were met with international attention. In fact, as soon as
«The Thief Lord» reached the United States, it hit the «New York Times» bestseller list and remained there for 25 weeks.

Visit Durham to see its cathedral — Durham Cathedral. Some sections are dating from the 11th century. It’s a wonderful sight from the inside. When you enter its tiny door, you will be impressed by the height. Durham Cathedral is considered to be the most original and intact of the Anglo ­Norman churches. In addition, the church has the tombs of saints. See the cathedral’s website for additional details on its history and dramatic architecture.

Durham is a historic city and the county town of County Durham in North East England. The city lies on the River Wear. Durham Norman cathedral became a centre of pilgrimage in medieval England. The cathedral and adjacent 11th-century castle were designated a World Heritage Site by UNESCO in 1986. The castle has been the home of Durham University since 1832. 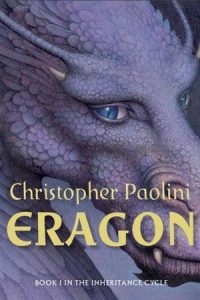 A. which continues the adventures of Eragon and the dragon Saphira
B. whose stepson read a copy of the book «Eragon» during his vacation
C. and Knopf published «Eragon» in August 2003
D. he wrote many books
E. throughout the United States, Canada, the United Kingdom, Spain, Germany, France, and Italy
F. to ask if they might be interested in having Knopf publish «Eragon»
G. in cinemas around the world