Beauty and National Pride of Wales

Beauty and National Pride of Wales

Read about beauty and national pride of Wales

Wales is situated on a peninsula of Great Britain. It is bounded on the north by the Irish Sea, on the south by the Bristol Channel, on the east by the English counties and on the west by St. George’s Channel.

The Welsh call their country Cymru [kimru] and themselves they call Cymry [kimri], a word which has the same root as “comrader” (friend or comrade). The population of Wales is over 3 million people. About 75 % of the people of Wales live in towns and cities.

Wales is a highland country of old, hard rocks. Wales is traditionally divided into North Wales and South Wales. North Wales is a country of mountains and deep valleys, South Wales is a land of high hills and wide valleys. The pride of Wales in scenery is Snowdonia, the region of high mountains. Snowdon is the highest mountain. Except for coal, mineral resources are limited, and include gold, silver, lead, and copper. South Wales is more developed: coal-mining, steel production, electronics, electronic engineering and chemicals can be found here.

The capital of Wales is Cardiff, the largest city of Wales. Cardiff is situated near the mouth of the Taff River. It is an important industrial city and a port. It is also an administrative and educational centre. The second largest city in Wales is Swansea where mainly steel production can be found.

The ancient capital of Wales is Caernarfon, where the British monarch’s eldest son is traditionally cowned Prince of Wales. Prince Charles became Prince of Wales, the 21st in line, in 1969 at a ceremony held in Caernarfon Castle which looks today as in the 13th century.

The patron saint of Wales is Saint David. St David’s Day is celebrated on 1 March, in honour of St David (Dewi Sant).

There is no other part of the British Isles where national spirit is stronger, national pride more intense or national traditions more cherished than in Wales. The Welsh still proudly wear their national dress on festive occasions; the Welsh language is still very much a living force and is taught side by side with English in schools. Welsh is used in conversations every day, and is seen in Wales everywhere. Local government (including the Welsh Assembly) uses Welsh as its official language. All road signs in Wales are in English and Welsh.

The Welsh people, especially in rural areas, are fond of folk music, singing, poetry and drama. Welsh literature is one of the oldest in Europe. There are many choirs in Wales, the standard of singing is high and the love of good music is wide-spread. Now there is a growing movement of revival of Welsh culture from which sprang the revival of Eisteddfod. Eisteddfod in the form of the gathering of bards had occasionally been in the 15th, 16th and 17th centuries. Now Eisteddfod is a festival of Welsh culture. It includes competitions in prose, poetry and singing. 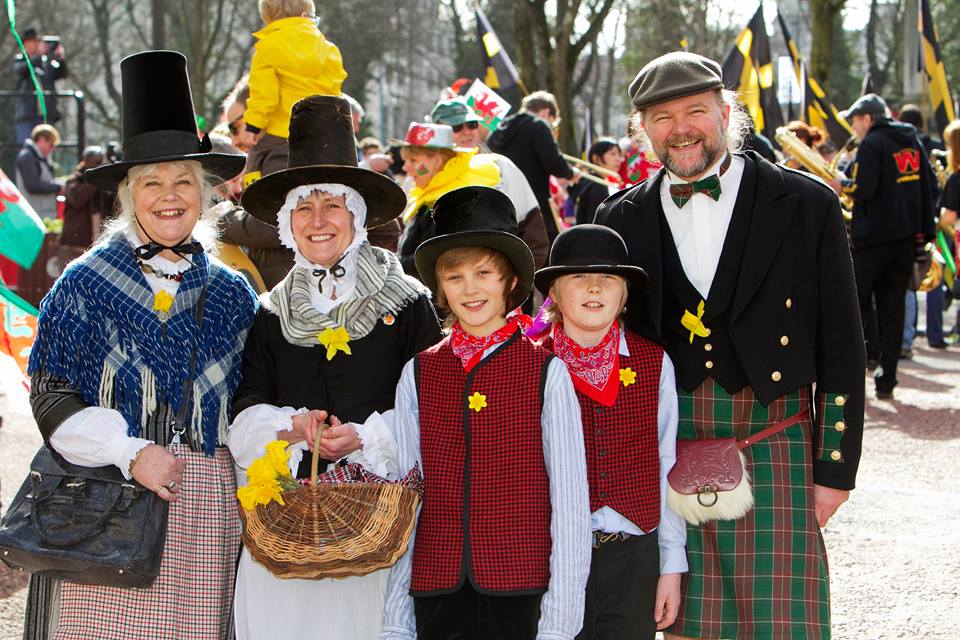 What a beautiful country Wales is, and how interesting its people are! No one has a deeper love of his home and family than the Welshman, and he doesn’t generally go far away from his home. The Englishmen have spread their empire to the four corners of the earth; there are probably as many Scotsmen in Canada as there are in Edinburgh; there are more Irishmen in New York than in the whole of Ireland. But the Welshman has never been an empire-builder – in fact he hasn’t been able even to unite his own country. Throughout its whole history the Welsh has always preferred to live in small groupings.

The Romans built cities in England and Wales; the English built great castles, the towns grew round them. But the Welsh would nothing to do with Roman city or English town. The Welsh are countrymen, not townsmen. The family is the centre of Welsh life. The Welshmen like to sing “Land of My Fathers”:

O land of my fathers, dear homeland to me,

The mother of poets, the land of the free!

Thy noble defenders were gallant and brave

For freedom their life’s blood they gave.

Till life is past

My love shall last

My longing my hiraeth for Wales.

There isn’t any English word for “hiraeth” but it expresses the deep passionate home-sickness that the Welshman feels for his home, a tiny village, a valley, a hillside where his family live. For that he would give his life.