Read about pubs, important part of British life, to know more about British customs and traditions.

What is a pub? The word pub is short for public house. There are over 60,000 pubs in the UK (53,000 in England and Wales, 5,200 in Scotland and 1,600 in Northern Ireland). One of the oldest pubs, Fighting Cocks in St Albans, Herts, is located in a building that dates back to the eleventh century.

Pubs are an important part of British life. They are popular social meeting places. People talk, eat, drink, meet their friends and relax there.

Pubs have traditional names which date back over 600 years. Some typical names are The Chequers, The White Swan, The Crown, The King’s Arms, The Red Lion and The White Horse. People often refer to the pub by its name when giving directions: Turn left at The Rose and Crown. There is usually a sign outside the pub showing the pub’s name with a picture.

Pubs often have two bars, one usually quieter than the other, many have a garden where people can sit in summer. Children can go in pub gardens with their parents.

Most pubs belong to a brewery (a company which makes beer) but sell many different kinds of beer, some on tap (from a big container under the bar) and some in bottles. Beers are served in ‘pints’ for a large glass and ‘halves’ for a smaller one.

​Although most people think pubs are places where people drink alcohol, pubs in fact sell soft (non alcoholic) drinks too.

Nearly all pubs sell pub lunches. One of these is the Ploughman’s Lunch which is a great wedge of Cheddar cheese, some bread, some pickle, and an onion. Other typical pub foods are scampi (kind of shellfish) and chips (fried potatoes), pie and chips, and chicken and chips.

The most well-known cheese in the world has achieved global recognition because versions of it are made all over the world. There is Irish, Canadian and New Zealand Cheddar, but it all stems from one small village, where the technique for making it first developed.

Cheddar may not quite be England’s oldest known cheese (that honour belongs to Cheshire), but it was cetainly known as far back as the 13th century, and is the style that the world took to its heart. 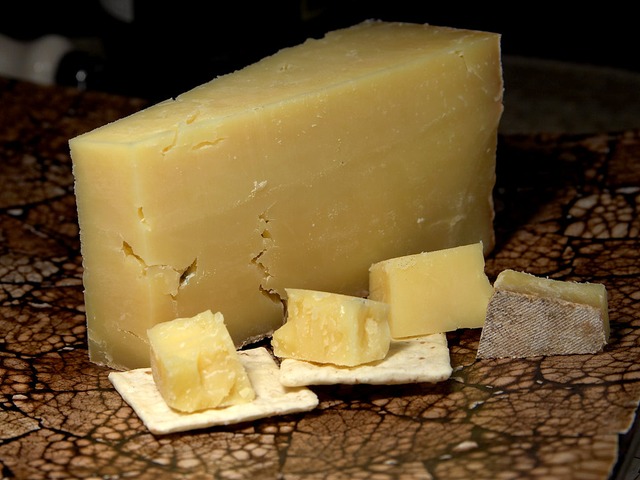 Today there is only one cheese producer left in the village of Cheddar itself, still making the cheese to time-honoured methods from unpasteurised milk, and maturing it for anything up to 18 months to achieve the rich, powerful intensity of flavour that makes Cheddar one of the stars of a good cheeseboard.

Various games, especially darts, are common features of of pubs. Many of the old country pubs continue to promote traditional games, such as ‘Bat and Trap’ (played in Kent) which have been played for hundreds years.

Customs in British pubs differ fom those in bars of different countries. In Britain you must go to the bar to order drinks or food and pay for your purchase immediately, there is no table service. Bartenders are called ‘landlords’ and ‘barmaids’ and they do not expect frequent tipping. To tip a landlord or barmaid, it is customary to tell him/her ‘would you like a drink yourself’?