Sample of film review The Matrix

The Matrix is a science fiction, thilling action and adventure film.

The film is about a man who lives two lives. By day he is a computer programmer and by night he is a hacker. One day he meets Morpheus, who tells him that a race of machines really rules the world.

The film is fantastic. I absolutely love the film because everything about it is great. The actors are very good, particularly Laurence Fishburne. He is brilliant in the role of Morpheus. 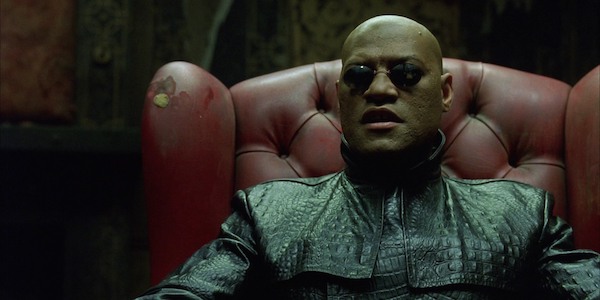 The special effects are absolutely stunning and the soundtrack is fantastic. The Wachowski brothers skilful direction is brilliant.

The Matrix is a masterpiece everyone should see. It is one of the most thought, provoking, inventive, pioneering, influential and stylish movies of all time and it’s also full of philosophical and religious allegories. The film is immortal for its contribution to cinema and pop culture, its brilliant combination of inventive visual effects, excellent vision and exquisite action easily makes it one of the best, most influential and most entertaining movies ever made.

The film is worth watching.