Hi, I’m Liza. Here you will find a sample of film review Coco. I’d like to share with you my impressions of the last film I’ve seen.  It is Coco, a 2017 American 3D computer-animated fantasy film based on an original idea by Lee Unkrich. It is directed by him and co-directed by Andrian-Molina.

The concept for Coco is inspired by the Mexican Day of the Dead holiday. The Day of the Dead  is a holiday celebrated throughout Mexico, in particular the Central and South regions, and by people of Mexican heritage elsewhere. The multi-day holiday focuses on gatherings of family and friends to pray for and remember friends and family members who have died, and help support their spiritual journey. In the Mexican culture death is viewed as a natural part of the human cycle. They view it as a day of celebration, they believe their loved ones awake and celebrate with them. They don’t view it as a day of sadness but as a day of celebration. 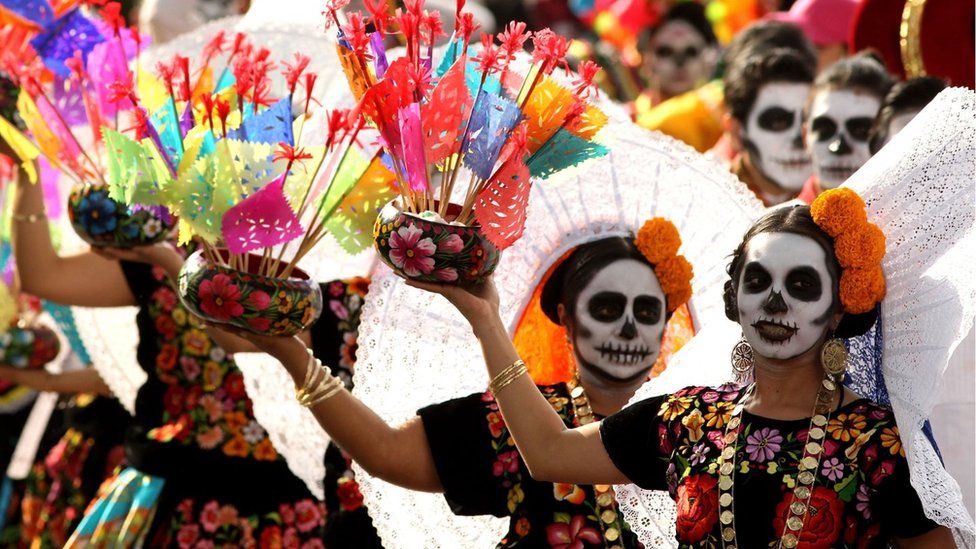 The film is about a 12-year-old boy, Miguel by name, who lives in a Mexican village in a family of shoemakers.

Miguel secretly dreams of becoming a musician. Secretly – because in his family clan music is considered a curse. Once his great-grandfather left his wife Coco, Miguel’s great-grandmother, for the sake of a dream that now does not allow Miguel to live in peace. Since then, the musical theme in the family has become taboo.

Miguel is accidentally transported to the Land of the Dead, where he seeks the help of his deceased musician great-great-grandfather to return him to his family among the living and to reverse his family’s ban on music. There he meets the souls of his ancestors. Miguel meets there with a spirit-trickster named Ector (in the guise of a skeleton), who becomes his partner-guide.

The film was praised for its animation, voice acting, music, emotional story, and respect for Mexican culture.

I enjoyed this exciting film because the plot is gripping, the computer animation is stunning and the soundtrack is catchy.  There are some really moving scenes which can make you cry. I recommend this film to everyone who is keen on music and adventures. The film is very entertaining so you won’t be disappointed.