I’d like to share my impressions of the book I’ve recently read. It’s Little Prince by Antoine de Saint-Exupéry

Antoine de Saint-Exupéry (29 June 1900 – 31 July 1944) was a French writer, poet, aristocrat, journalist, and pioneering aviator. He became a laureate of several of France‘s highest literary awards and also won the U.S. National Book Award. He is best remembered for his novella The Little Prince (Le Petit Prince) which was first published in April 1943.

The novella has been voted the best book of the 20th century in France. Translated into 300 languages and dialects, selling nearly two million copies annually, and with year-to-date sales of over 140 million copies worldwide, it has become one of the best-selling and most translated books ever published. 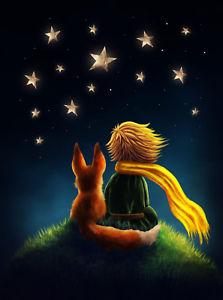 The Little Prince by Antoine de Saint-Exupéry is an enchanting little tale about an aviator’s chance meeting with a little boy who happens to be visiting Earth from another planet. The aviator crashes in the Sahara desert and damages his airplane to the point where he cannot fly any longer. Left with little food and water, the aviator ponders his predicament. As he worries, he is approached by a young and serious blond boy; the two become friends.

The boy reveals that he is from a planet where he is true blue royalty – a prince.  On his planet, the prince prevents bad seeds from growing and ensures they are never overrun by baobab trees. He is happy on his planet, until the wind sows a seed for him and out springs a lovely, mysterious rose. The prince loses his head and heart to the flower that not unlike all the other beautiful and lovely creatures on Earth and elsewhere is vain and tormenting. Then one day he catches the rose in a lie and determined he could not trust her anymore. Disenchanted with love, he decides to leave his planet to remedy his loneliness and find the real meaning of life.

Since this time, the prince has visited six different planets. The prince met adults for the first time in his life during his adventure. The prince insists that ‘grown-ups’ make the world more complicated than it actually should be.

At the first glance, The Little Prince may come across as a children’s book, and very often it’s also sold like one. However, this book is certainly also for adults. More than children, adults need to be reminded of the simple truths in life.

Saint-Exupéry tells of a fox meeting the Little Prince during his travels on Earth. The fox gives him the wisest advice and teaches him that the most important things in life are visible only to the heart. The fox proposes that time away from the rose has made the prince’s heart grow fonder. And most importantly, love makes a person responsible for object of that love. The Little Prince realizes even though there are many like roses, his love for his rose makes her unique. The fox’s messages are  the book’s most famous quotations because they deal with human relationships.

Healed and made wise, the prince decides it is time to make his way home. 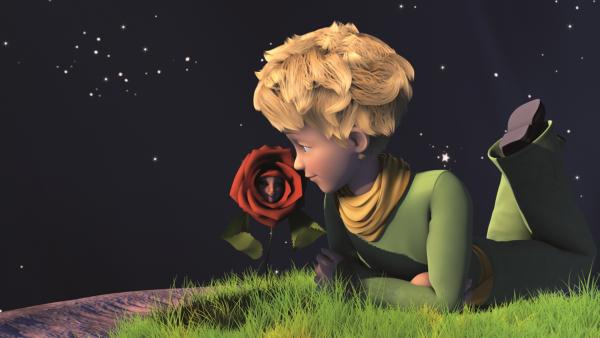 I think the plot is very witty and amusing and focuses on the personalities and relationships. I love the characters, they are beautifully written. I admired  novella The Little Prince by Antoine de Saint-Exupéry, its plot, the characters and the style. What is more, the book is beautifully illustrated. If you like fantasy, adventure stories  and stories which teach moral values you’ll enjoy reading “The Little Prince”. It’s worth reading!

It is much more difficult to judge oneself than to judge others. If you succeed in judging yourself rightly, then you are indeed a man of true wisdom.

Growing up is not the problem, forgetting is.

No one is ever satisfied where he is.

Well, I must endure the presence of a few caterpillars if I wish to become acquainted with the butterflies.

It is only with the heart that one can see rightly; what is essential is invisible to the eye. The most beautiful things in the world cannot be seen or touched, they are felt with the heart.