England, the Largest Part of the Untited Kingdom

England, the Largest Part of the Untited Kingdom

Read and speak about England, the largest part of the United Kingdom

England, the largest part of the United Kingdom, is one of the four parts which make up Great Britain. It is also the most industrial and most densely populated part of the UK. The greatest concentrations of population are in London, Birmingham and northwest industrial cities.

The coasts of England are washed by the North Sea, the Irish Sea, the English Channel and the Strait of Dover. No part of England is more than 120 km from the sea. It is interesting to note that the sea has been important in the history of England. It was a good protection against the attacks of the outside peoples. Fishing has always been an important industry, especially in the east. The sea also has a great effect on England’s climate.

There are many rivers in England. The longest is the Severn (388 km), the most important is the Thames (354 km). The rivers are of great importance for communication and especially for carrying goods.

England is mostly a lowland country. There are upland regions in the north and the southwest, but the rest of England is almost flat.

Northern England, Midlands and South England – each part of England is different. Lake District in Northern England with its lakes, mountains and valleys is a favourite holiday resort. On either side of the Pennines the plains of Yorkshire and Lancashire stretch to the sea. Swift rivers that flow down from the hills into valleys are called “dales”.

The wool industry is centred in Leeds and Bradford, the cotton industry in Manchester. The industries of Midlands with Birmingham as its chief city produce metal goods, from motor cars and railway engines to pins and buttons.

In South England between Highlands lie Lowlands. In this part of England are found some of the oldest British settlements and traces of ancient monuments such as Stonehenge. Stonehenge is a prehistoric monument of stones standing in circles or arranged into a horseshoe shape. Its history covers a period from 2200 BC to 1300 BC, but exactly why it was built remains something of a mystery. Among other purposes, Stonehenge was built in order to calculate the annual calendar and seasons. 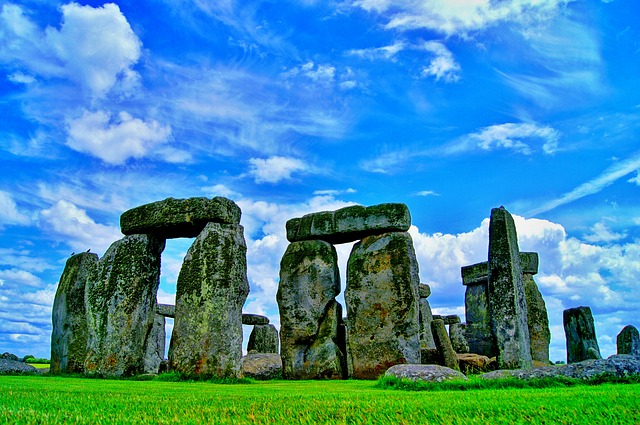 London is the chief city of South England.