I’ve recently read a book “Gone With the Wind” by Margaret Mitchell which has made a very deep impression on me. It makes really unforgettable reading. The author of the book, Margaret Mitchell, was born in Atlanta, Georgia, into a family of the president of the Atlanta Historical Society. All the family were interested in American history and she grew up in an atmosphere of stories about the Civil War.

After graduating from college Margaret Mitchell worked for a time for the “Atlanta Journal“. In 1925 she got married. In the following ten years she put on paper all the stories she had heard about the Civil War. The result was “Gone with the Wind“. It was first published in 1936 and became the talking point of all America. In 1939 it was made into a highly successful film. Vivien Leigh and Clarke Gable played the leading roles. Vivien Leigh won the Oscar. Everyone loved her high-spirited and beautiful heroine, Scarlett O’Hara.

The story is set around the time of the American Civil War (1861-65) when the Southern States went to war with the North to defend their way of life in which rich gentry lived in large houses and owned huge areas of land, cultivated by black slaves. Scarlett O’Hara was born into one of these rich houses. When this way of life was destroyed and all her family’s wealth taken away by the advancing Northerners, the spoilt, willful Scarlet had to grow up and use all her wit and intelligence and beauty to build a new life.

But “Gone with the Wind” is also about a love triangle. While Scarlett loves the quiet, gentlemanly Ashley Wilkes, the wild and decidedly ungentlemanly Rhett Butler is in love with her. After Ashley marries someone else, and after many adventures of her own, Scarlett does marry Rhett – but only for money. The marriage is stormy and eventually Rhett walks out on her, but by that time Scarlett has realized that she loves him after all. Scarlett thinks of some way of getting him back, but we never know if she does. 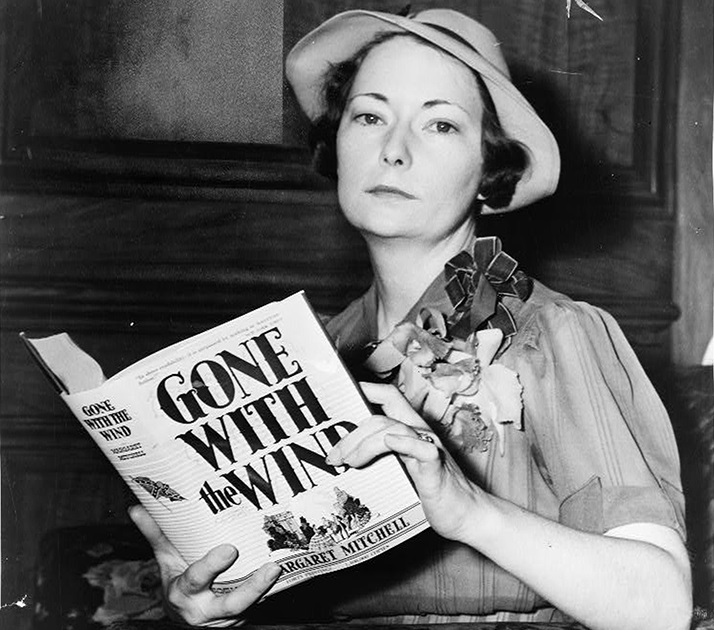 Margaret Mitchell never wrote a sequel to answer this burning question. She died in 1949 in a car crash. Not long ago, in 1991 a publishing company asked Alexandra Ripley, a historical novelist to do the job. Her novel “Scarlett” was not in the same class as the original. Critics have been writing very bad reviews of “Scarlett“, but the book is popular with the public.