Read to speak about the United Kingdom political system

The United Kingdom is a parliamentary monarchy. This means that it has a monarch (a king or a queen) as its Head of State. The monarch reigns with the support of Parliament. The powers of the monarch are not defined precisely. Everything today is done in the Queen’s name. It is her government, her armed forces, her law courts and so on. She appoints all the Ministers, including the Prime Minister. Everything is done however on the advice of the elected Government, and the monarch takes no part in the decision-making process.

The hereditary principle upon which the monarchy is founded is strictly observed. The now reigning monarch, Queen Elizabeth II, is a descendant of the Saxon king Egbert.

The British Commonwealth of Nations

For centuries British sailors and merchants travelled all over the world, discovered new lands and claimed them for England. Large territories in North America, Africa, the whole continent of Australia, New Zealand, India and a lot of islands in the ocean got under British rule. Thus, gradually, in the course of centuries, the huge Bitish Empire came into being.

The process of the decolonization began after World War II in 1947 with the growth of national liberation movement in the world. The countries which were dependent on Great Britain and formed parts of the British Empire began claiming independence. As a result of this movement, the British Empire fell apart.

However, centuries-long economic, cultural and political ties of these former colonies and dominions with Great Britain were too strong for them to break away from each other, and it was found advisable to maintain the old ties. A new organization was established in 1949: the British Commonwealth of Nations, including about 50 independent states which were formerly parts of the British Empire.

The Queen is the official Head of the Commonwealth, and so the Queen of Canada, Australia, New Zealand. 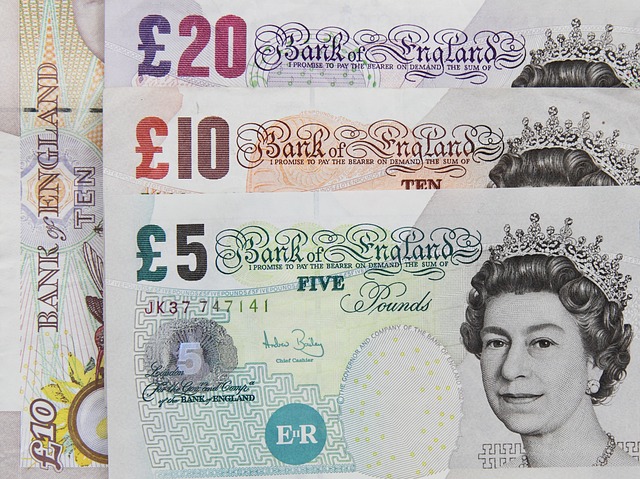 The Queen’s image on notes

The Queen is very rich as are other members of the royal family. In addition, the government pays for her expenses as Head of State, for a royal yacht, train and aircraft as well as for the upkeep of several palaces. The Queen’s image appears on stamps, notes and coins.

There is no written constitution in Great Britain. The term “English Constitution” means the leading principles, conventions and laws, many of which have been existing for centuries, though they have undergone modifications and extensions in agreement with the advance of civilization.

These principles are expressed in such documents of major importance as

Power in Great Britain is divided among three branches:

The legislative branch is repesented by Parliament consisting of two chambers, or Houses: the House of Lords and the House of Commons.

Parliament in Britain has existed since 1265. Having been organized in the reign of King Edward I, it is the oldest parliament in the world.

The peers (with the exception of “lords spiritual”) have the right to sit in Parliament during their lifetime and transmit their right to their eldest sons.

The practice of “creating new” peers has appeared. They are called “life peers”, because their children do not inherit their titles like the children of hereditary peers. New peers are created by the monarch on the advice of the Prime Minister. Sometimes a prominent politician is made a peer, sometimes a leading civil servant who has served the country well. As a result, about one-third of the Lords today are not representatives of hereditary nobility but company directors, bankers, newspaper proprietors and other businessmen. 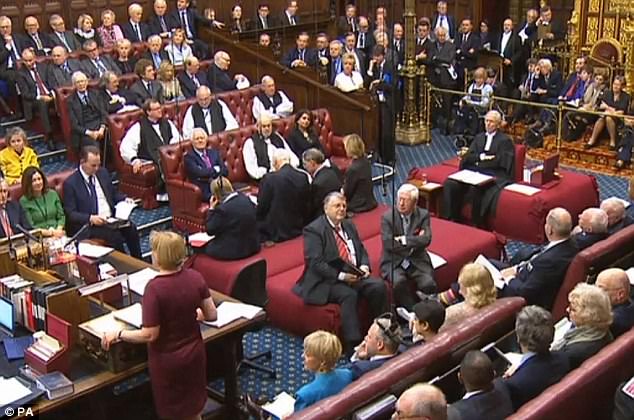 The House of Lords

Parliament and the monarch have different roles in the government of the country, and they only meet together on symbolic occasions such as coronation of a new monarch or the opening of Parliament. In reality, the House of Commons is the only one of the three which is true power. The monarch has not refused to sign the bill since the modern political system began over 200 years ago.

The main function of the executive branch of the government is to administer the laws (to see to it that the laws are carried out, actually to rule the country). 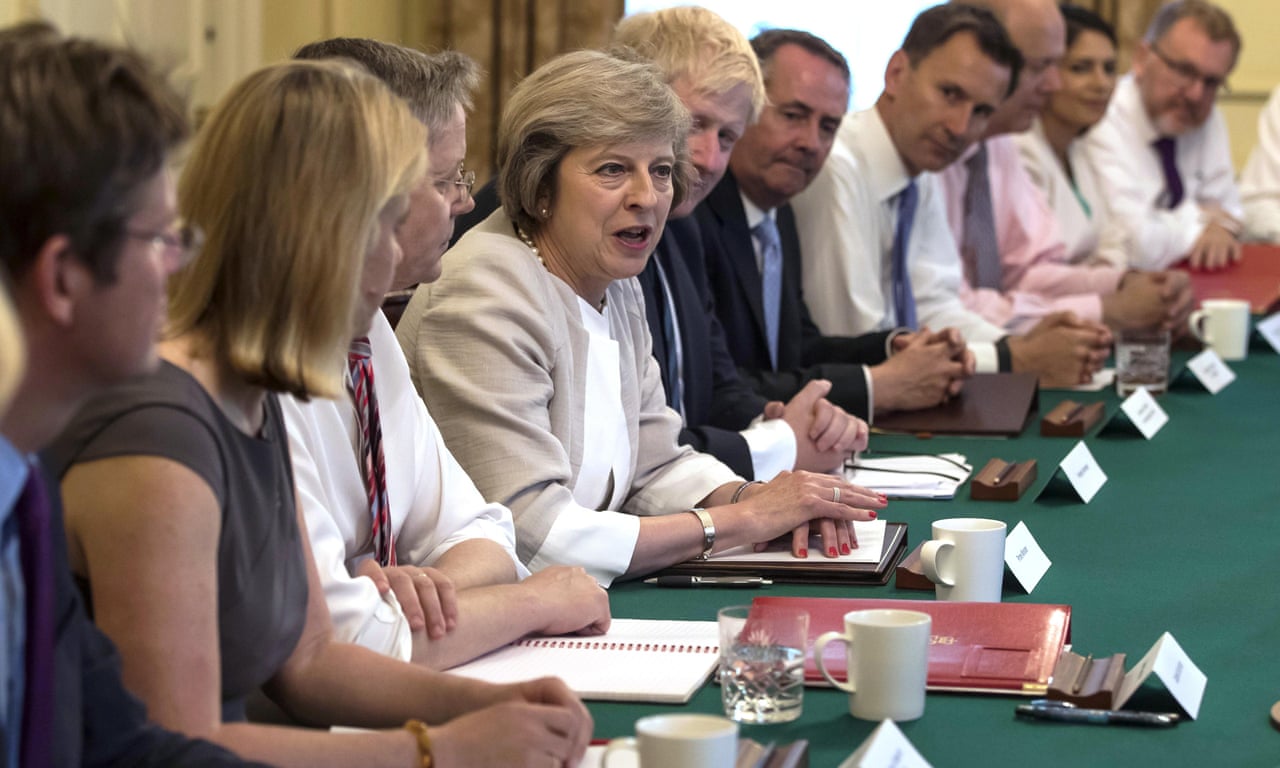 Theresa May, the British Prime Minister, and the Cabinet of Ministers

The judicial branch interprets the laws. The highest judicial body is the Supreme Court of Judicature, which consists of two divisions: the High Court of Justice and the Court of Appeal. It is often said that the English law is superior to the law of most other countries. Indeed, the English judicial system contains many rules which protect the individual against arbitrary action by the police and the government.