The House of Lords, the Woolsack

The House of Commons plays the major role in law-making. Each Members of Parliament represents an area in England, Scotland, Wales or Northern Ireland. MPs are elected either at a general election, or at a by-election following the death or retirement of an MP. 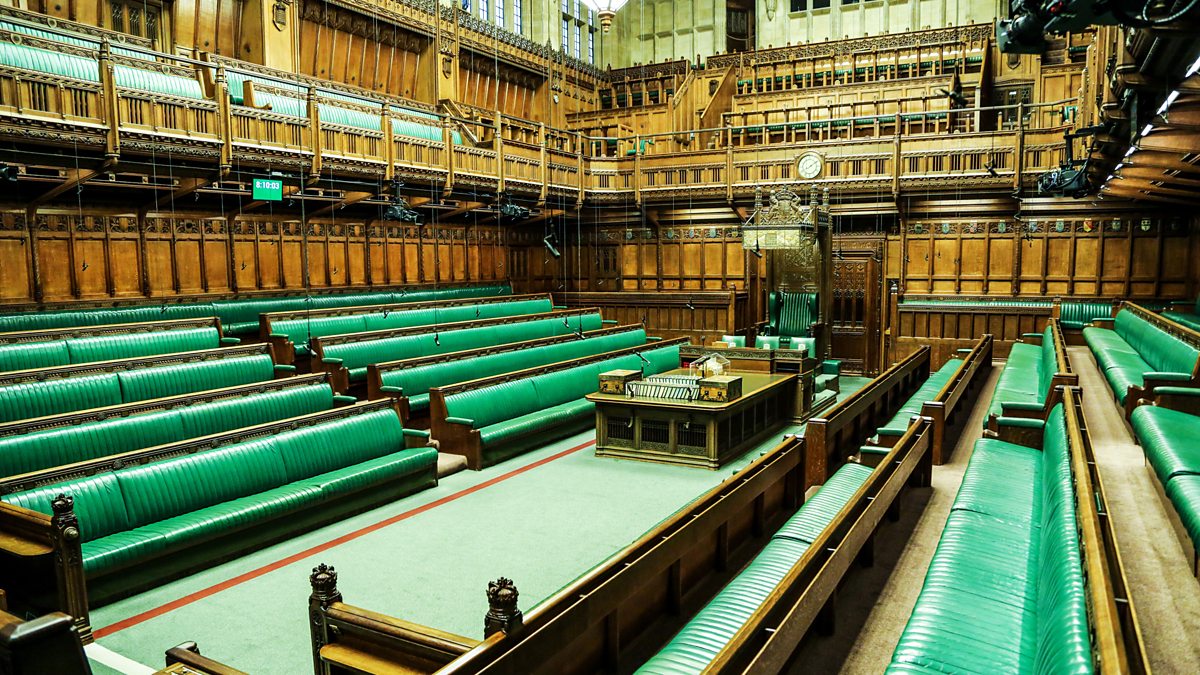 British Parliament, the House of Commons

Parliamentary elections must be held every five years, but the Prime Minister can decide on the exact date within those five years. The minimum voting age is 18, and the voting is taking by secret ballot.

The election campaign lasts about three weeks. The election is decided on a simple majority – the candidate with the most votes wins.

The British parliamentary system depends on political parties. The political parties choose candidates in elections. The party which wins the majority of seats forms the Government and its leader becomes Prime Minister. The Prime Minister chooses about 20 MPs from his or her party to become the Cabinet of Ministers. Each minister is responsible for a particular area of the government. The second largest party becomes the official opposition with its own leader and “Shadow cabinet”. Leader of the opposition is a recognized post in the House of Commons.

The members of each House meet in sessions which begin at the end of October and last for about 160 days.

The main political parties are the Conservative (the Tory) Party, the Liberal, the Labour Party.

The Labour Party, the Liberal, the Coservative Party

The two main political parties of Great Britain are the Coservative Party and the Labour Party. The Conservative Party (called the Tory) is right wing, tending to be opposed to great and sudden changes in the establihed order of society. It is against state control of industry.

The Labour Party, sometimes called Socialists, has a close association with the Trade Unions, although it is now not as left-wing as it used to be. It has many supporters, especially among working-class and middle-class people.